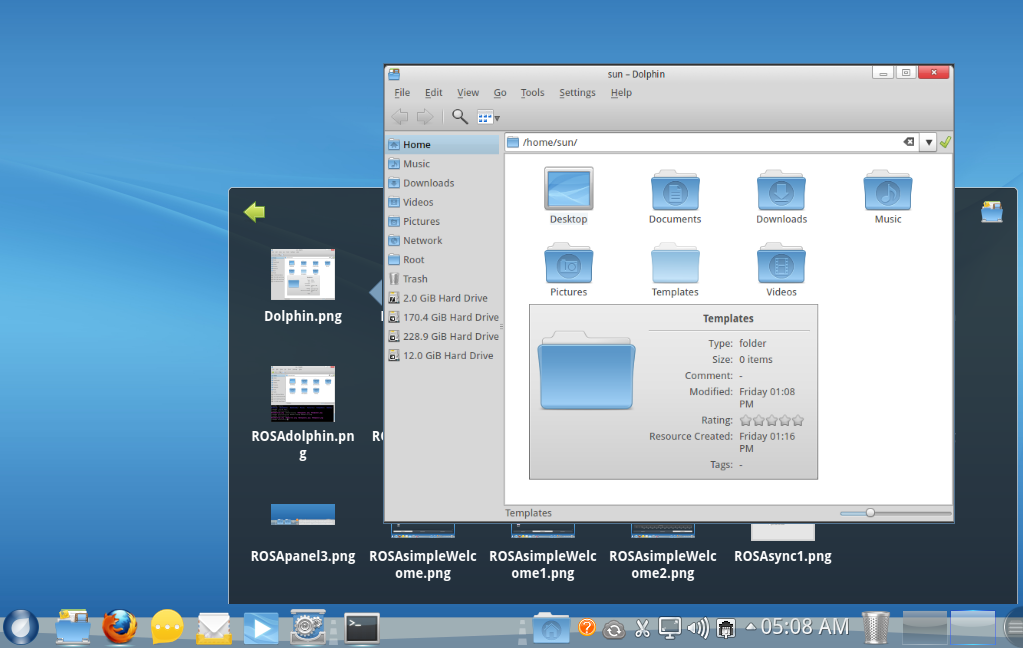 Last November, I published an article titled 2 cool reasons to use the K Desktop Environment. The reasons I cited in that article, are two applications called StackFolder and Takeoff Launcher. StackFolder is a ROSA/Mandriva widgetized application that makes it easy to browse the contents of a folder right from the KDE panel, without opening Dolphin, the file manager. Takeoff Launcher is a fullscreen menu.

Like the title of the article says, both applications are pretty cool reason to use KDE. Now, a third application from the development labs of ROSA Laboratory, the Russian company behind the ROSA Desktop/Marathon Linux distributions, offers even more compelling reasons to use a distribution that runs KDE.

That application is called KLook, a multi MIME-type application viewer. (See KLook: A Swiss army knife of mime-type viewers.) It is a pretty nifty utility. With KLook, you view audio, video, text and image (png and jpg) files from the same application window. It is like a fusion of Totem and your favorite image viewer but with a few more features. Starting KLook as a standalone application always fails, perhaps it is not designed to be used as such. The screen shot below shows error messages generated while attempting to launch KLook.

It started life being integrated into Dolphin, so all you need to do to view your files, is select them, then press the Space key on your keyboard. Once KLook launches, you can then view, listen and/or watch the selected files in linear gallery fashion. With the release of ROSA Marathon 2012 (see ROSA Marathon 2012 review), KLook has been integrated into StackFolder, which means you can now view files supported by KLook straight from the panel, without launching Dolphin.

Here is a screen shot of a video file being viewed from a StackFolder, courtesy of KLook. 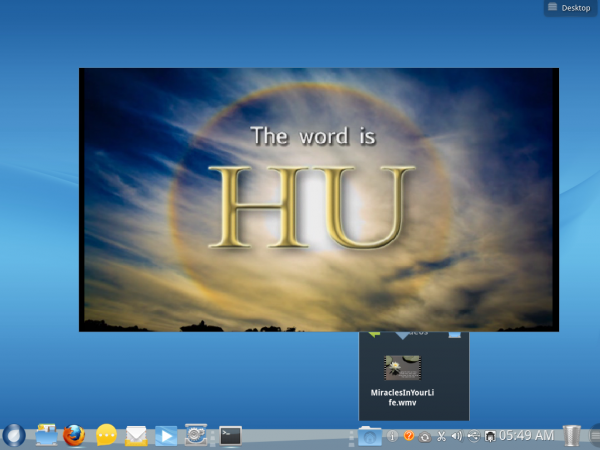 And this is of an image file also being viewed from a StackFolder. 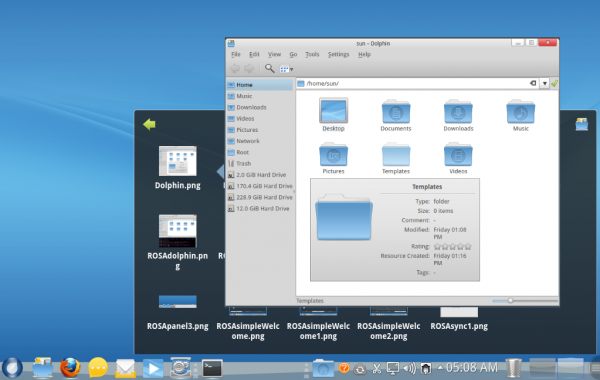 KLook/StackFolder integration is only available on ROSA Desktop/Marathon, From an ongoing discussion between ROSA’s developers and the KDE team, it looks like both applications, with enhancements off course, could ship with KDE 4.9.