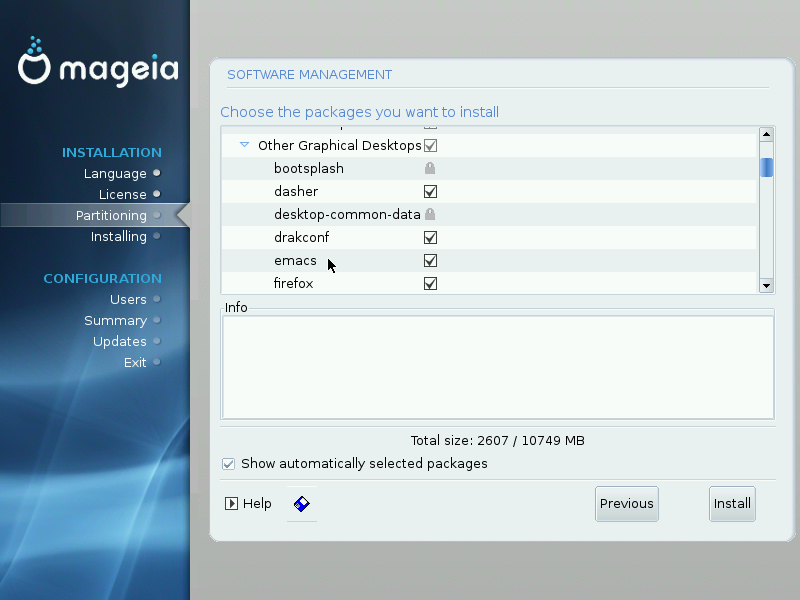 Mageia 2, the second edition of the Linux distribution forked from Mandriva Linux, was released just two days ago. Made available for download, were Live CD installation images for KDE and GNOME 3, and other ISO installation media that allows you to install desktop environments and window managers other than KDE and GNOME 3.

One of those “other” desktop environments/window managers, is E17. For those who are not familiar with it, E17 is, according to the official description, a “next generation of UNIX graphical environments. It is not just a window manager, but it is also a desktop shell.”

To install E17, you need to download a DVD, dualarch Live CD, or a network-based CD ISO installation image. They, and not the Live CD images, gives you the opportunity to select what desktop environment to install. At some point during the installation process, you will get to the step shown in the image below. To install an E17 desktop, you need to choose the Other Graphical Desktops. And to see what other desktop environments/window managers will be installed, you also need to select Individual package selection. 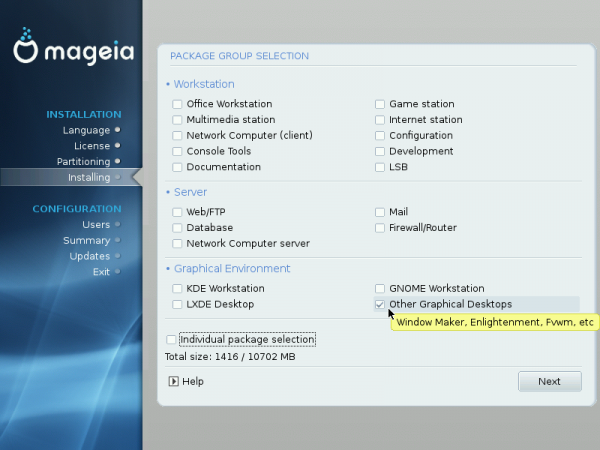 When you select Individual package selection and click Next, you should be taken to the step shown here. This is where it gets confusing or even misleading. You would think that expanding Other Graphical Desktops at this step will show a list of other graphical desktops. 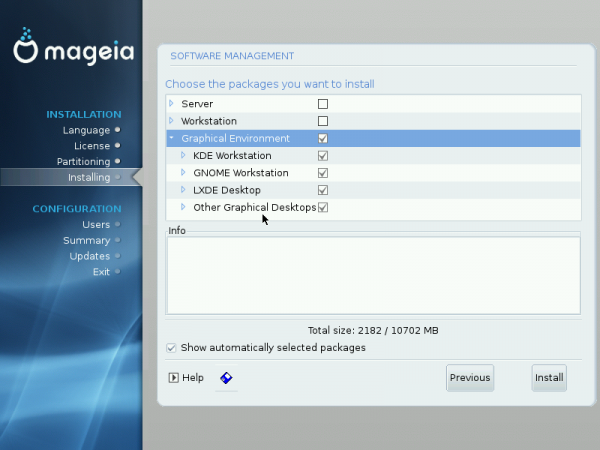 However, most of what it shows, is a list of applications mixed with other window managers like icewm. No E17. So, you just have to trust that E17 is in there somewhere. 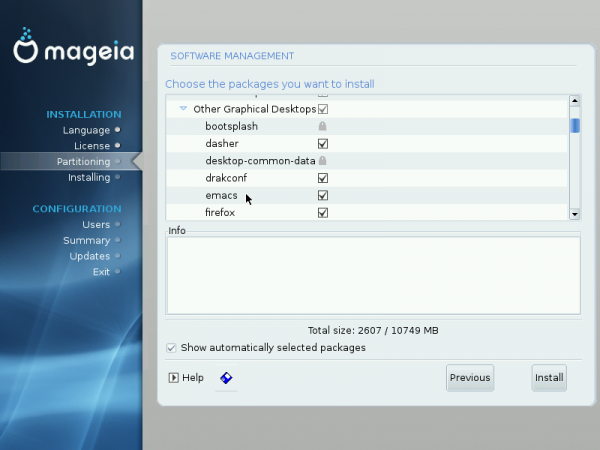 And actually, after installation, E17 wil be listed as an option in the session menu. It is, however, not the default. WindowMaker takes that title.

This is what you will see if you select E17 from the session menu. The dock is called the iBar. The menu is at the left end of iBar. 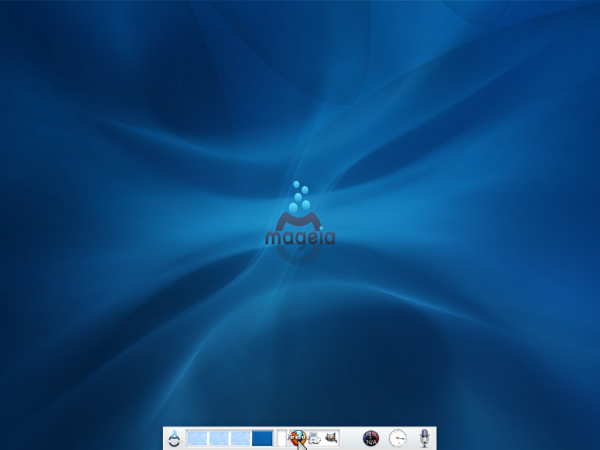 Left-clicking, not right-clicking, anywhere on the desktop will also bring up the menu. As a graphical interface for desktop computing, E17 has its loyal fans, but I find that it does not really cut it for me. It is good for tinkering, but for me, not for doing serious stuff. Out of the box, it has some nifty effects built-in and is said to be very fast, even on low resource computers. My computer is on the high-end side, so I cannot tell you how it runs on low resource computers. 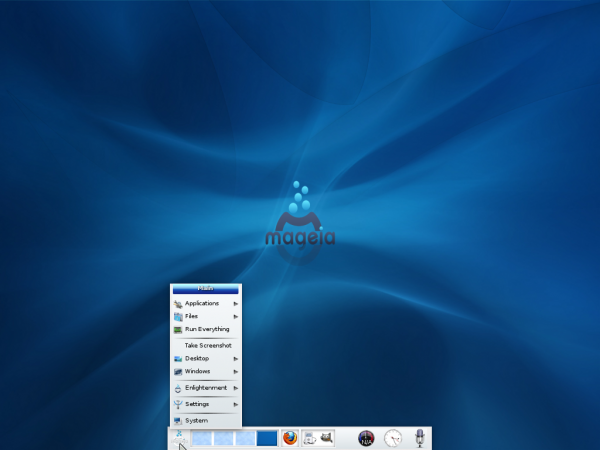 The next four screen shots are of the desktop showing entries in some menu categories. 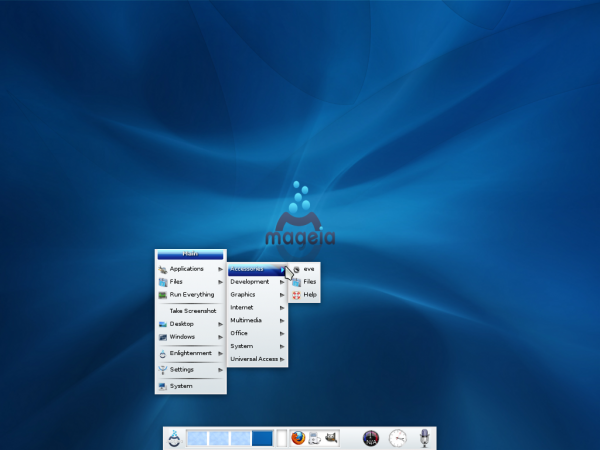 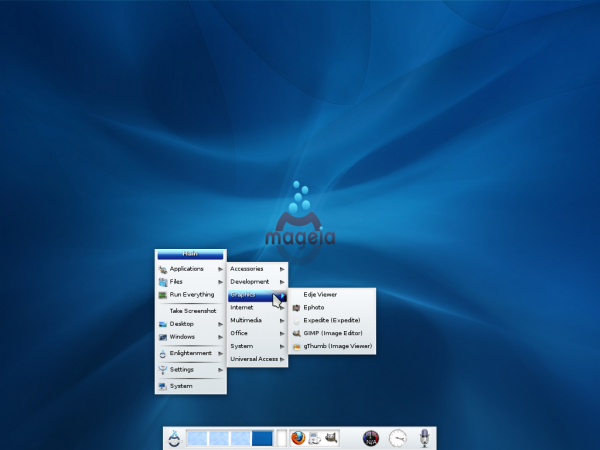 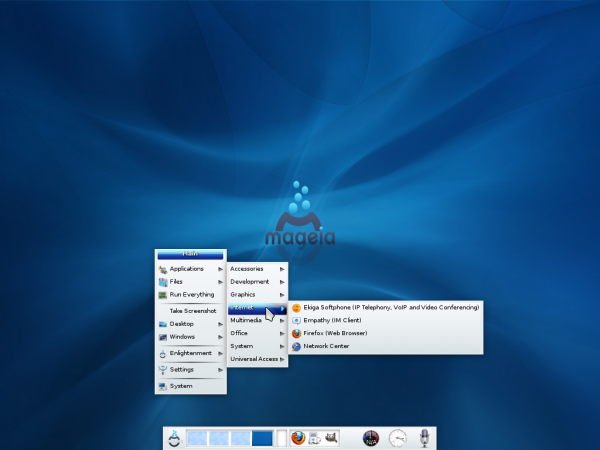 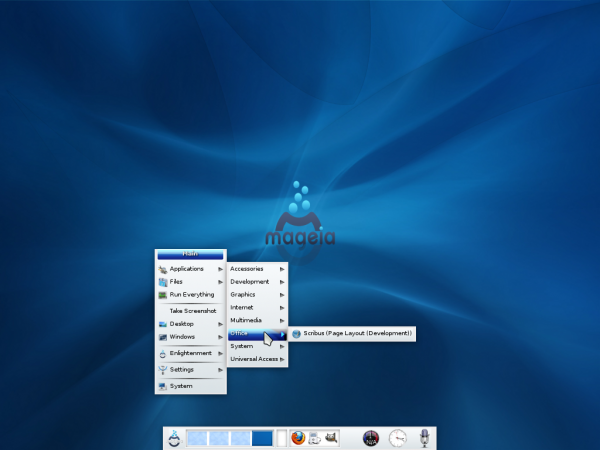 There’s a lot more to E17 than is immediately apparent. Just about everything about it is configurable, and it has some interesting and powerful features, such as the Everything Module (Alt + Esc):
http://www.bodhilinux.com/e17guide/e17guideEN/everything.html

Bodhi (bodhilinux.com), the most popular distro focused on E17, can run on a 300mhz i386 Processor and 128megs of RAM, yet it has a lot of eye candy. It includes a variety of preconfigured setups and themes so you can see and use some of the possible multiple shelf and widget configurations for netbooks, desktops, etc. without having to set them up yourself.

Their documentation is quite comprehensive:
http://bodhilinux.com/quickstart/quickstartEN/

That is awesome. Thanks for sharing.