If you are migrating from Windows to Linux and are attempting to install any Linux distribution alongside Windows 10/11 on your computer, this article should come in handy. You’ll read about hard drive naming convention in Linux, how they are partitioned, partition tables, file systems and mount points.

The first thing you need to know about disk in Linux is this: There’s no C or D drive in Linux. There are equivalents, but when you come across a reference to a hard drive in Linux, you’ll typically see something like /dev/sda, /dev/sdb, /dev/sdc, /dev/nvme0n1, /dev/nvme1n1 … etc. The “dev” is short for device, and, in this case, a block storage device. The “sd” is short for SCSI mass-storage driver. (SCSI stands for Small Computer System Interface.) You’ll see “nvme0n1” or something similar if your computer has an NVMe SSD, which is a newer SSD disk that plugs directly into a motherboard’s PCIe slot. For the rest of this article, the “/dev/” part will be dropped, so all references to hard drives (and partitions) will start with the last part only – sda, sdb… or nvme0n1 as the case may be. 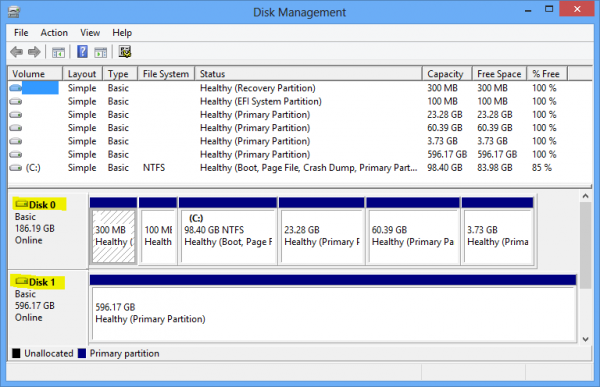 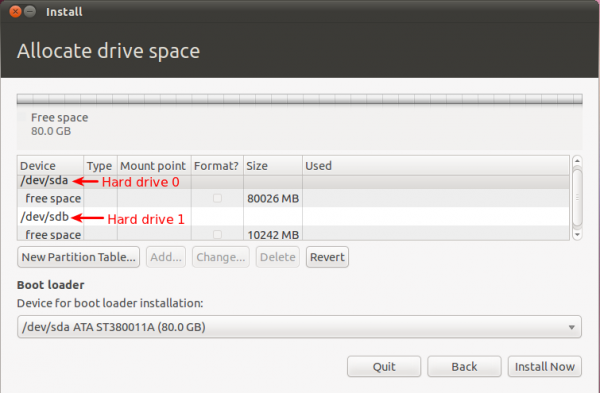 Figure 3 comes from a Linux system with three hard drives attached. So that’s how hard drives are referenced in Linux – sda, sdb, sdc, sdd, sde, …, sdz…, if your computer has a regular hard disk drive (HDD) or solid state drive, or SSD. 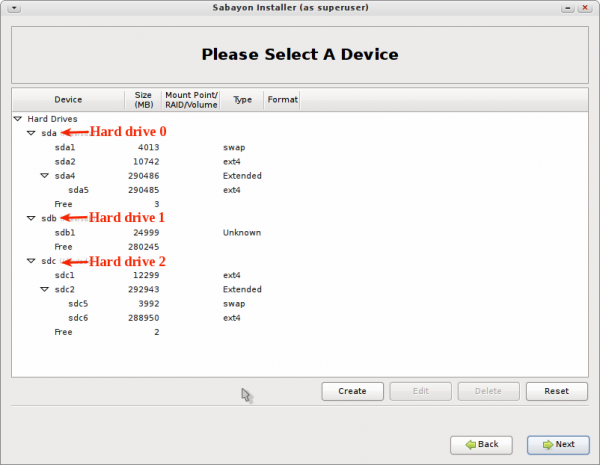 Figure 4 shows what you’ll see if your computer has an NVMe SSD. The motherboard of the computer from which this particular screenshot was taken has 2 PCIe slots for NVMe SSDs, but only one is occupied. The nvme0 is a pointer to the device controller, with nvme0n1 a reference to the first NVMe SSD. If the other PCIe slot were occupied, it would be been referenced as nvme0n2. 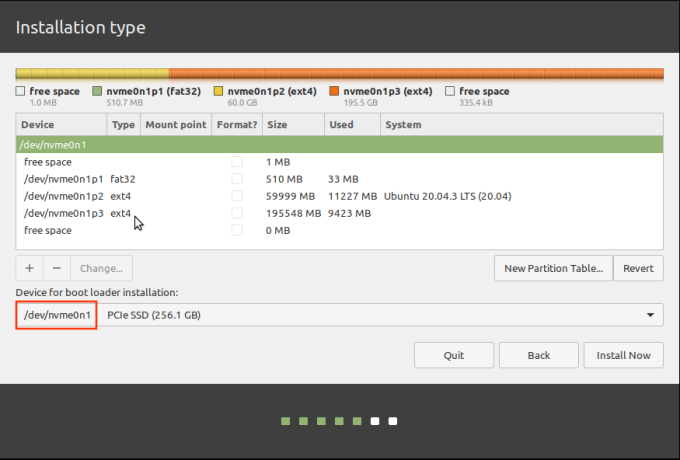 In simple terms, a partition table describes the layout of partitions of a hard drive. There are two partition table standards – MBR (Master Boot Record) and GPT (GUID Partition Table). MBR, also know as ms-dos, is what you might call the first standard. GPT came much later. If you’re interested in the historical and technical details about both standards, see these Wikipedia articles – GUID Partition Table and Master Boot Record.

Newer computers come with a replacement firmware for the old BIOS system called UEFI (Unified Extensible Firmware interface), and GPT is a part of the UEFI standard. If you bought a recent Windows computer, it’s most certainly installed on a GPT partitioning scheme. If you’re already running a Linux distribution or attempting to install one on a recent Windows computer, the easiest method of finding out what partitioning standard is used is to launch a shell terminal and type <strong>sudo fdisk -l</strong>.

Figure 5 shows the output of sudo fdisk -l from a Ubuntu Linux installation. The Disklabel type: gpt line confirms that GPT is in use. 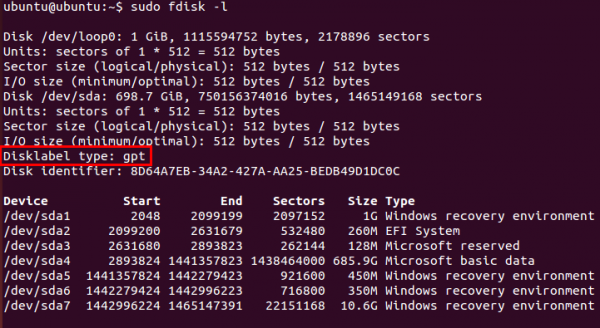 Figure 5: This output of fdisk -l shows GPT in use

Figure 6 was taken from a Fedora Linux installation. As in Figure 5, the Disklabel type: dos line confirms what partitioning scheme is in use. In this case, it’s MBR.

Figure 6: This output of fdisk -l shows MBR in use

Partitions and partition numbering in Linux 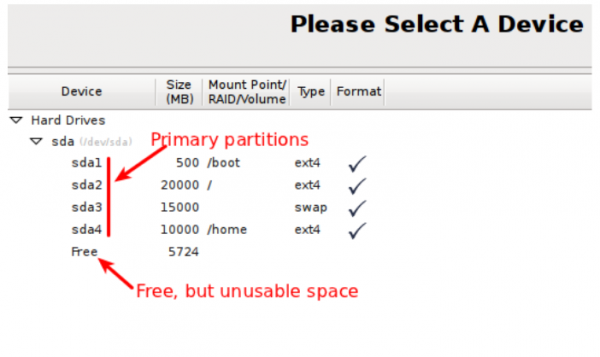 So if you attempt to create another partition using the free space, the installer will throw up the type of error message shown in Figure 8. The error message will always say, “not enough free space,” even when you know that there is space available. And it does not matter whether that free space is 1 MB or 1 GB. It will be unusable. 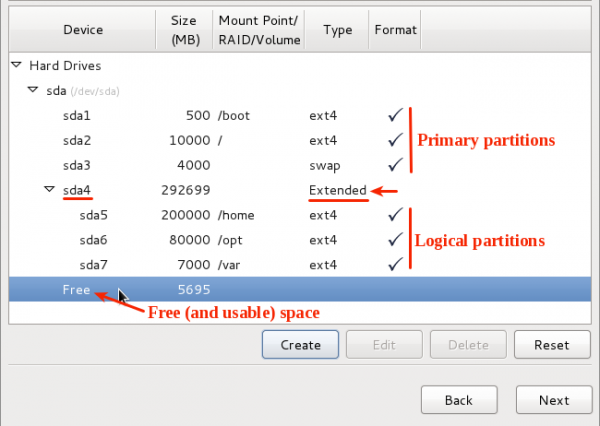 In Figure 10, which was taken while setting up a system to dual-boot Windows 7 and Fedora 15 (see how to dual-boot Fedora 15 and Windows 7), three Windows 7 partitions already exist on the target hard drive, leaving just one primary partition to play with. Only by setting up the available free space as an extended partition was it possible to install the system. What this also shows is that Linux can boot from a logical partition. 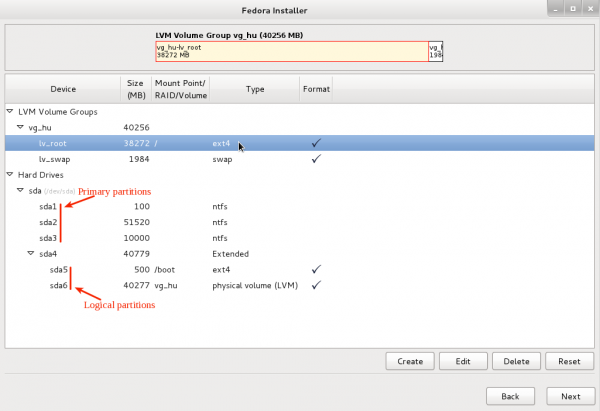 Figure 10: Another example of an Extended partition in Linux 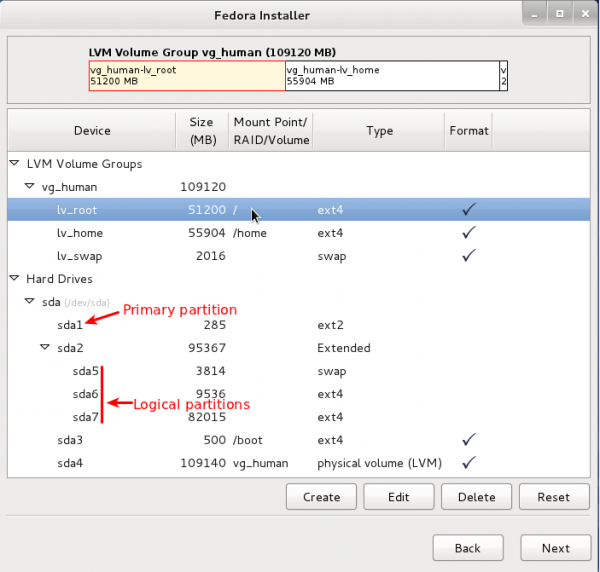 Figure 12: How to tell when an extended partition is in use 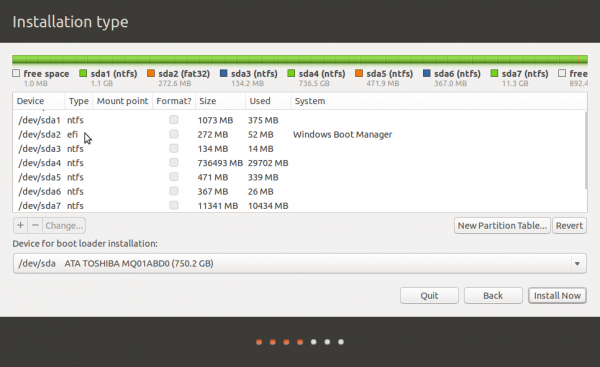 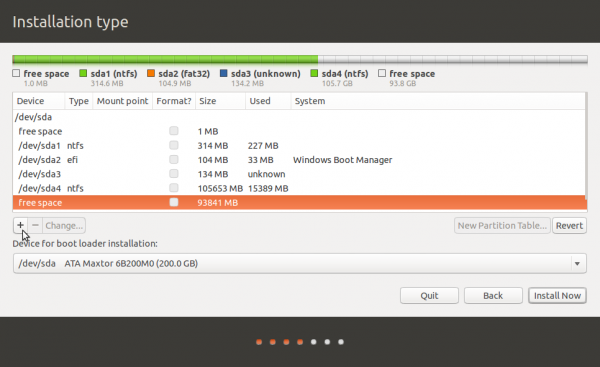 Figure 14: There is no “unusable” space in GPT 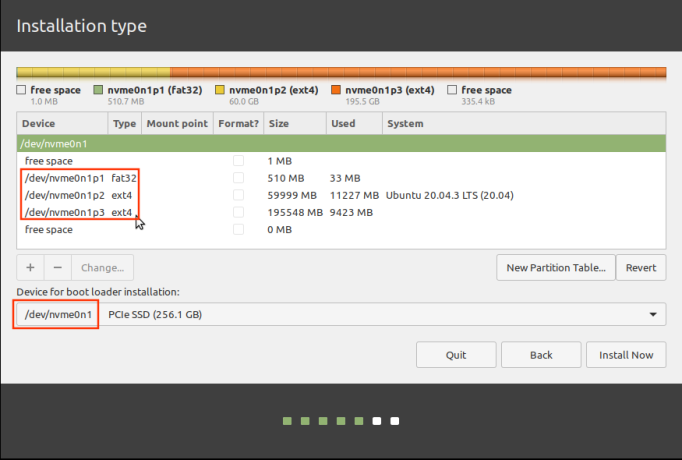 From the command line using the command sudo fdisk. you can see more info about the same NVMe SSD.

Figure 16: Info about a PCIe SSD in Linux from the command line.

Before a disk partition can be used to store data, it must first be formatted. The formatting process includes stamping it with a file system. On Windows, the file system NTFS (New Technology File System). It wasn’t really “new technology” when it was released, but everything that Microsoft comes out with is new, even when other outfits have been using it since the last ice age.

As with any thing in Linux, there are more than one file systems available. Actually, there are at least two dozen. Figure 17 shows a list of some of the supported file systems in Linux. Ext4, which is an enhanced version of Ext3, is the default on recent releases. Ext3, in turn, is an enhanced version of Ext2. Xfs is rarely used as the default in desktop distributions, but could still be in use in server deployments.

Btrfs is a new file system that was supposed to replace Ext4 as the default Linux file system a long time ago, but as far as I know, only Fedora has made that switch.
0
Do you know of any other Linux distribution that uses btrfs by default? Share your answer with a comment.x
It comes with many features that are not available on other Linux file systems, like volume management and RAID awareness. RAID, an acronym for Redundant Array of Inexpensive Disks, is a method of combining two or more hard drives into one logical unit. 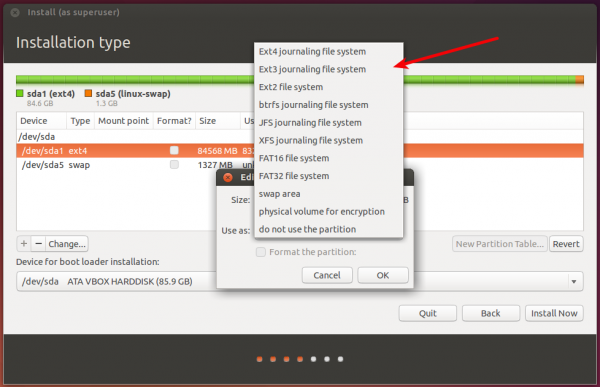 Figure 18 was taken from the advanced partitioning tool window of Ubuntu 14.10 while attempting to install it on a hard drive that already had Windows 8 on it. The Type column shows the file systems for the different partitions. The two with ntfs are Windows 8 partitions and the ext4 type marks a Linux partition.

What about the swap type? Yes, what about swap? Swap is a small section of unformatted hard drive that Linux and other operating systems use as virtual memory. It’s a method of increasing the amount of total RAM (Physical RAM + virtual memory). And it is a given that your distribution will set up a small amount (typically 1GB or 2 GB) of hard drive space as Swap. As in Windows, it is also possible to set up a swap file. However, that practice is most commonly associated with cloud server deployments. 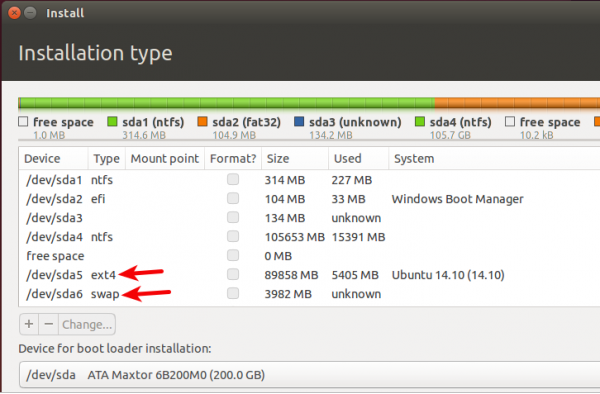 Assigning a mount point to a partition is one of the things that comes with formatting it, aside from stamping it with a file system. In Linux, a partition may be mounted on one of several traditional mount points. On a Linux desktop, the most commonly used mount points are /, /boot, /boot/efi, /home, and swap. / is the Linux equivalent of the Windows C drive, /home is where the partition that will hold users’ home directories is mounted, and /boot and /boot/efi are the partitions for boot loader files.

Long article, but I tried to cover all the bases, especially much of what somebody completely new to Linux would need to know about this topic. So that means fundamental info about disks, partitions, MBR, GPT, file systems, Swap, HDDs, SSDs, and NVMe SSDs, or PCIe SSDs. Hope it was a good read for you. Corrections are always welcome in the comments.

Figure 10 and Figure 11 images are missing.

“…home directories is mounted, and /boot and /boot/efi are the partitions for boot loader files.”
‘partition’ should be ‘mount points’