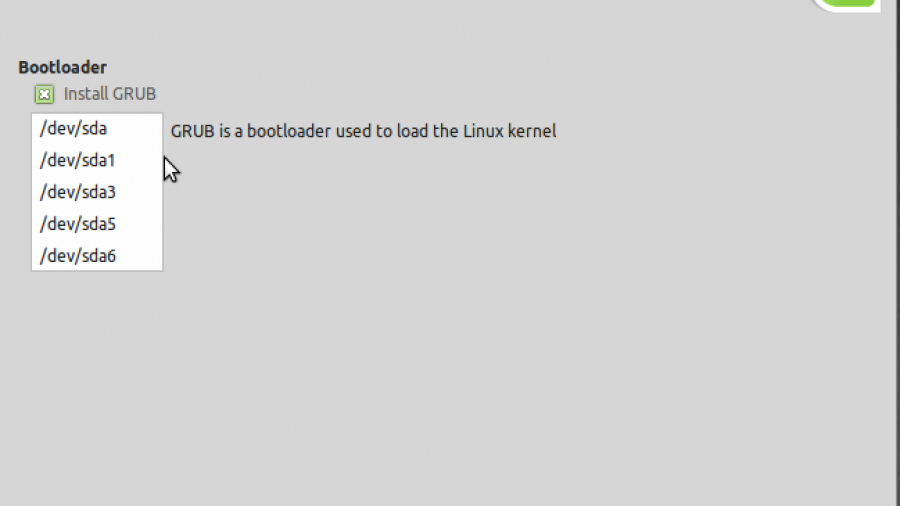 Images used in this tutorial were obtained from an installation in a virtual environment with a disk space of about 100 GB. The steps would be the same if you are installing on real hardware with, say, 500 GB of disk space.

Note: This tutorial assumes installation on a pristine hard drive.

You might also be interested in how to install Linux Mint Debian Edition on an encrypted LVM file system.

This is what you will see when you get to the disk partitioning step of the installation process, that is, if there are no existing partitions on the disk. To start creating partitions, click on the Edit partitions button. 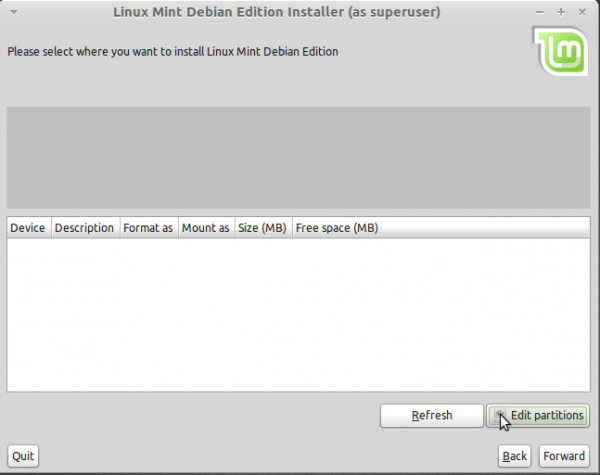 That brings to the GParted window. GParted (GNOME Partition Editor) is the disk partitioning tool you will be using to create partitions on LMDE. If the disk has not been initialized, you will need to do that first before you can create partitions. To initialize the disk, select it, then click on Device > Create Partition Table. 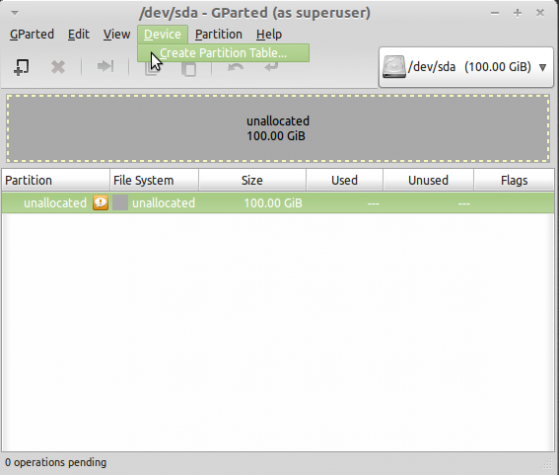 With the disk initialized, select it, then click as shown to start creating partitions. For this installation, we are going to create four partitions:

Creating logical partitions will keep you from hitting the limit of four primary partitions allowed by the system. 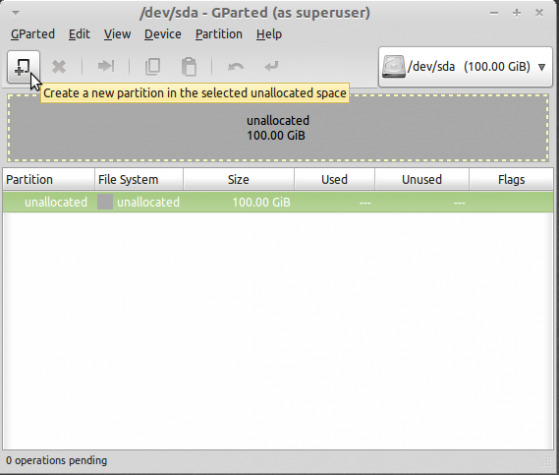 This is the partition creation window. You must specify the disk space to allocate to the partition, whether you want it to be primary, extended or logical, and the file system type. The Label field is optional. 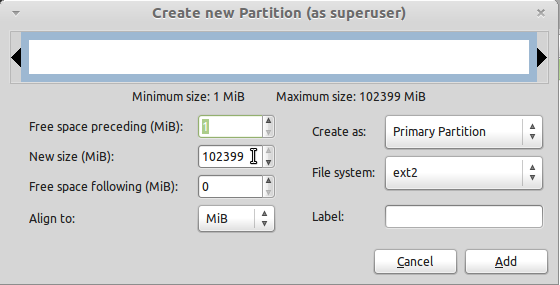 This is window with the values for /boot in place. On a new installation of LMDE, /boot takes up about 30 MB of disk space so anything higher than that should do. But most distributions assign about 500 MB to it, so we use that value here. Click Add to exit. 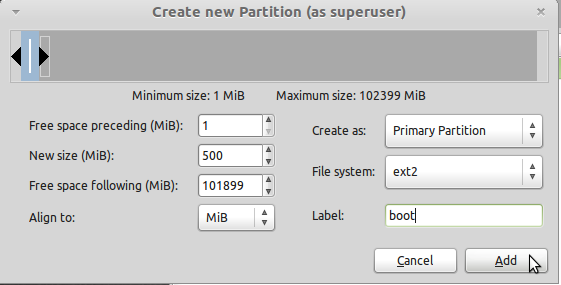 With the /boot partition created, select the free space to create the next partition. This step will have to be repeated for the other partitions, too. 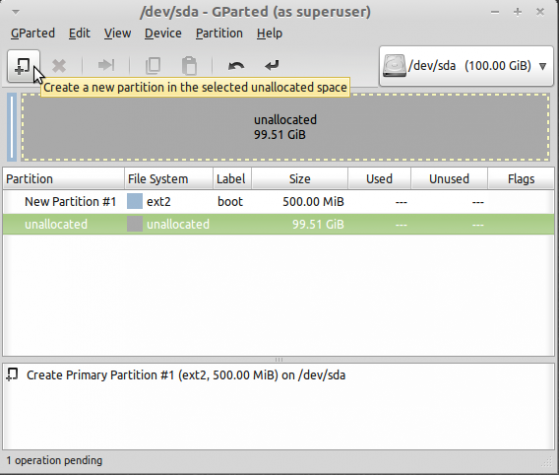