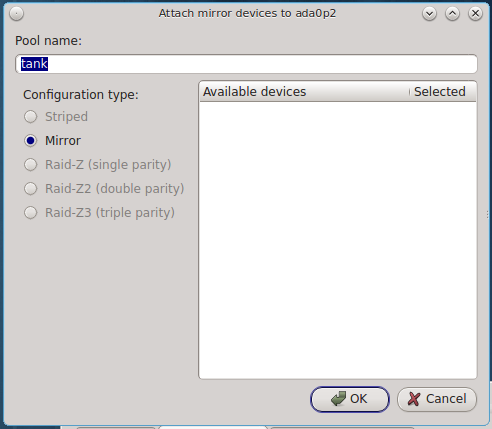 The Desktop Environments: As I wrote earlier, I only test-installed the Cinnamon, GNOME, KDE and Lumina desktops. KDE, because it is the default; Lumina, because it’s a new desktop environment and I wanted to see how it’s coming along first-hand; Cinnamon and GNOME because they are two of the most popular desktops around. Test installations of the Cinnamon and GNOME desktops on VMware failed to boot.

PC-BSD 10.1 Lumina: The Lumina desktop is a PC-BSD project that’s still in beta stage. I only test-installed it in a virtual environment, but I wasn’t impressed by what I saw, so I never bothered to install in on real hardware. I think it’s worth keeping an eye on, though. For now, however, it’s a desktop you want to use for bug-reporting purposes only. Figure 11 shows the default interface. The menu does look like it will have a lot in common with the Cinnamon desktop. 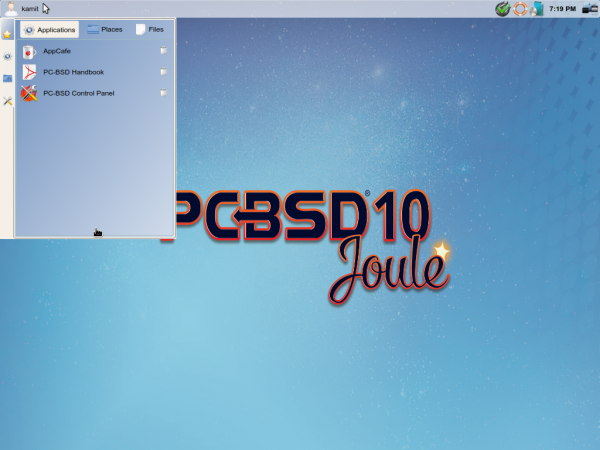 PC-BSD 10.1 Cinnamon: The Cinnamon desktop is a project of Linux Mint‘s developers, a desktop distribution that’s based on Ubuntu Desktop. I have Linux Mint Cinnamon installed on my laptop and I like it a lot. The laptop is in fact running Cinnamon 2.4, which was released on November 1 (2014). (See Preview of Cinnamon 2.4. Features desktop slideshow.)

Figure 12: Crash message from a PC-BSD 10.1 Cinnamon installation in VMware. 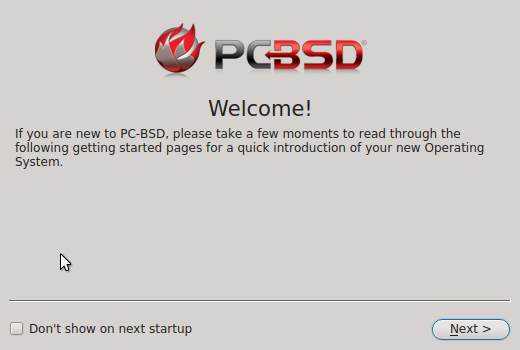 The system was missing applications that you would normally find on a default Cinnamon installation on any Linux distribution, like a standard shell terminal and the screen capture application. But it only got worse. Nemo, the file manager, could not start from the menu. And attempts to start it from the command line generated the error output shown below. That’s an error that should not be too difficult to fix, but I didn’t want to bother about it, so I let it go. 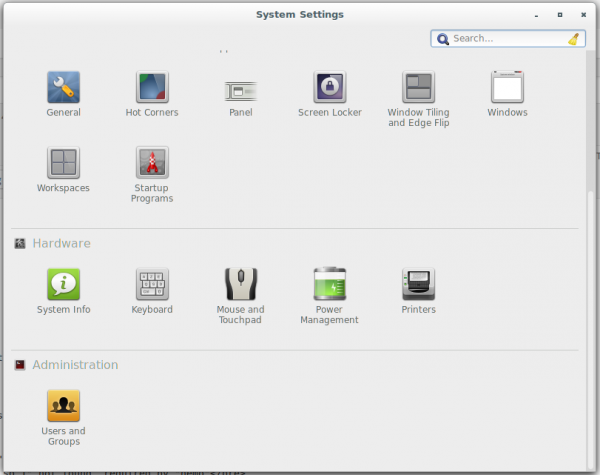 Figure 14: System Settings of the Cinnamon desktop on PC-BSD 10.1

The Power Management module opens to a blank window, but I still could click back to the main window. 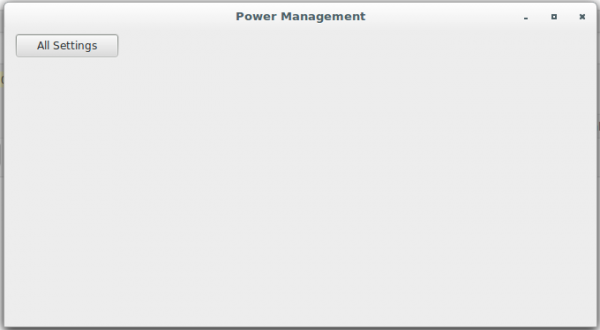 With the System Info module, my only option was always to close the window by clicking the titlebar’s Close button. 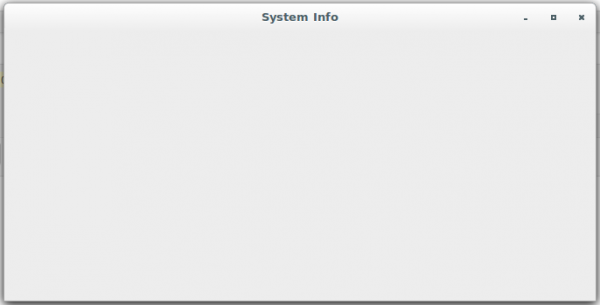 At this point, I think you’ve probably had enough of the problems with the Cinnamon desktop on PC-BSD 10.1, but wait, because there’s one more. And if you love Emacs, this next one will put a smile on your face.

In the PC-BSD Control Panel, clicking on any module, including the AppCafe, EasyPBI, and Update Manager modules, caused it to open in an Emacs editing window. That’s the weirdest thing I’ve ever experienced on any desktop distribution. Even Windows 8 is not this bad. For the record, those three modules open when launched from Menu > Administration. Can you tell the module I clicked that opened in the Emacs editing window shown in Figure 17? 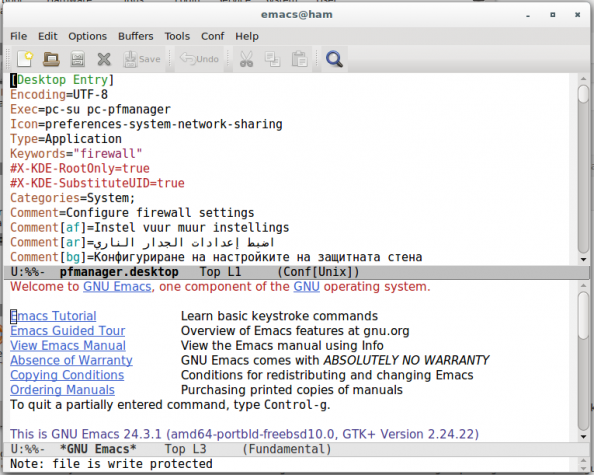 PC-BSD 10.1 KDE: The KDE desktop offers a far more positive look into the awesome features available on PC-BSD 10.1. It has its fair share of issues, but they are minor compared to the mess that’s the PC-BSD Cinnamon desktop. Figure 18 shows the default KDE desktop, courtesy of KDE 4.14.2. 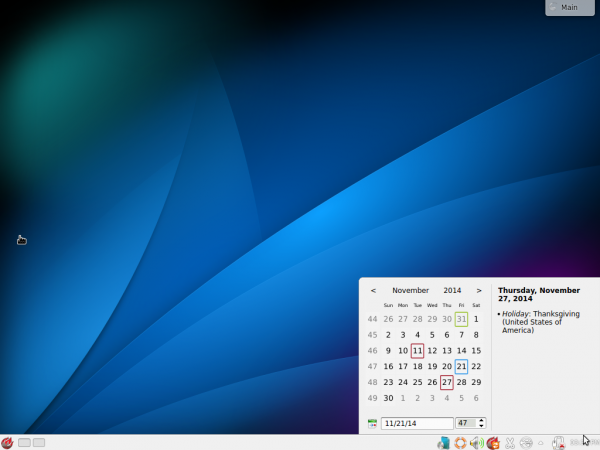 And Figure 19 shows the same desktop with the Kickoff menu. For fans of fullscreen menus, the Homerun Launcher in the repository. You just need to install it by typing pkg install homerun before you can add it to the panel. Using the graphical manager is another method of installation, if you don’t want to operate from the command line. 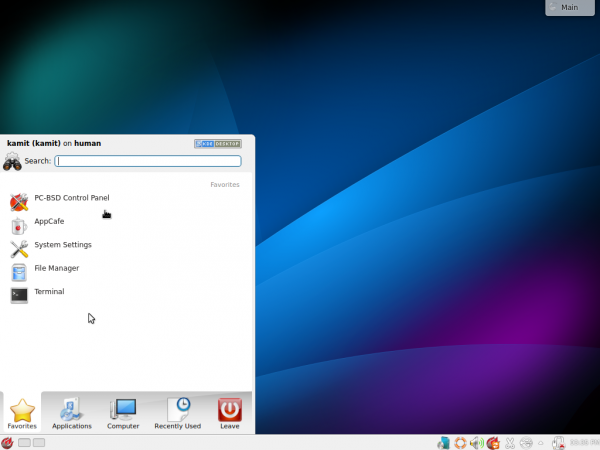