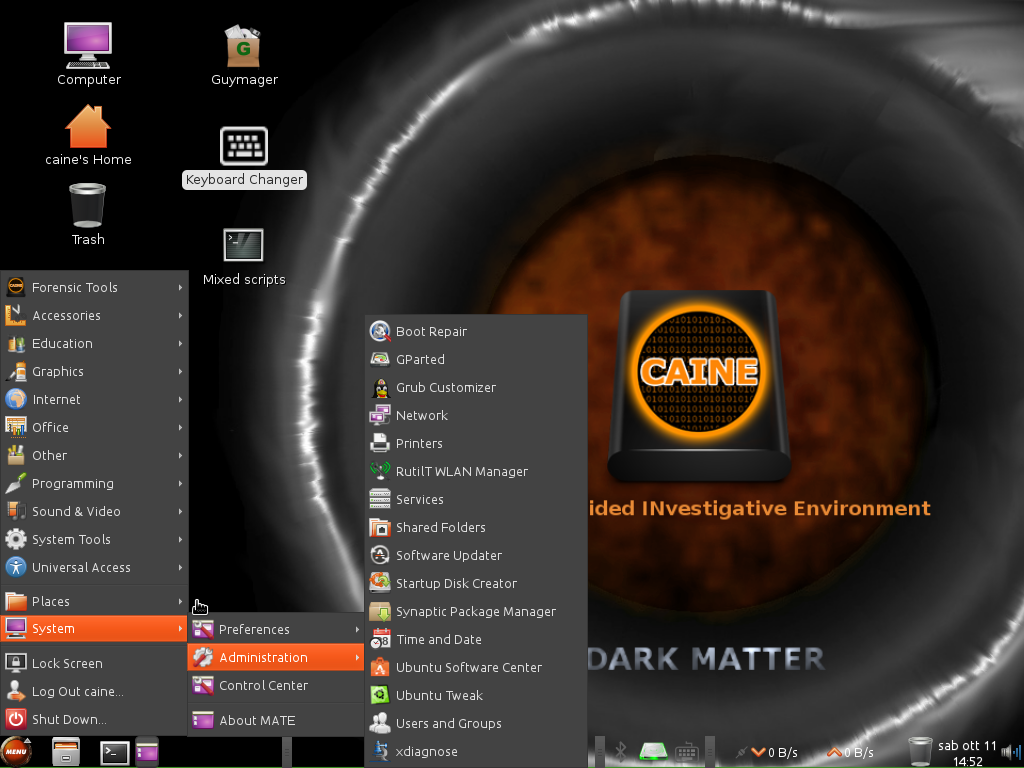 CAINE 6 uses an installation application called systemback and is the first CAINE installer that I could not use. No matter where I tried to install CAINE 6, systemback failed to start.

First I tried it on VirtualBox. It failed to start, whether I clicked on its icon on the desktop or tried to launch it from the command line. Thinking that it must be an issue with VirtualBox, I shut VirtualBox down and launched VMware Player. Same problem. This screenshot shows the error message that systemback generated on VirtualBox and VMware Player; “Error: /dev/sda unrecognized disk label.”

Next I decided to try it on real hardware, on the same Intel Core i5-powered computer that I use to test distributions. To do that, I transferred the ISO image to a USB stick, booted into the Live desktop and clicked on the installer’s icon on the desktop. It made a feeble attempt to start, then crashed. Same thing that happened on VirtualBox and VMware Player. Attempting to start it from the command line generated the error shown in this screenshot. Error: Invalid partition table – recursive partition on /dev/sdb.

That’s not supposed to happen because /dev/sdb is the USB stick on which the installation image is running from. /dev/sda, a 200 GB hard disk, was the target hard drive. The USB stick, by the way, is the same USB stick that I use to install other distributions from.

Partial detail of the generated error report is shown this screenshot. 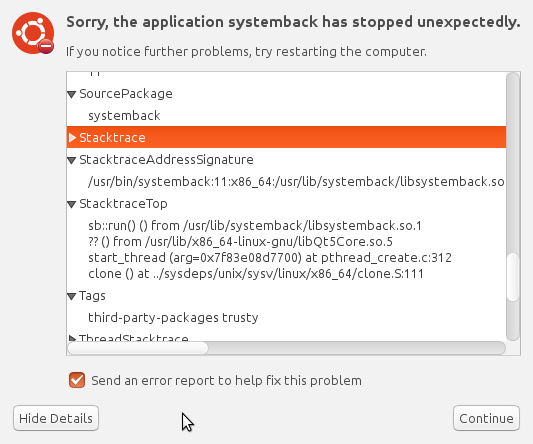 Now that I could not install CAINE 6 on virtual or real hardware, the next best thing to do is get a few screenshosts from the Live desktop to show the type of applications available on the distribution.

So here are those few screenshots from a Live desktop of CAINE 6. 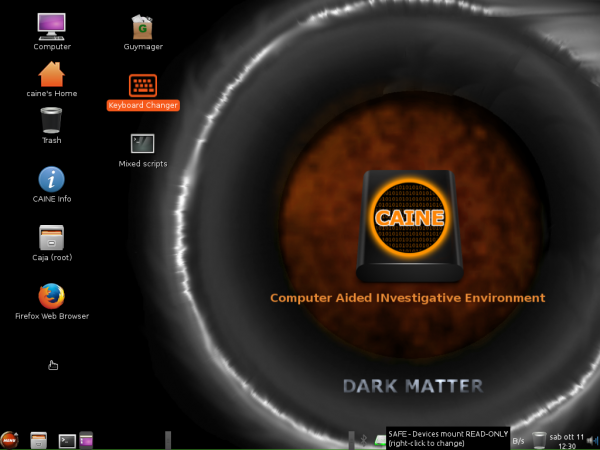 Note that CAINE is a professional-grade digital forensic OS and so comes with some very awesome applications, including rbfstab, a program that makes it easy to mount plugged in devices in read-only mode, Guymager, a forensic imaging tool, fred, a cross-platform MS registry hive editor, iPhone Backup Analyzer, a tool for data analysis of iOS backup data, and a host of others. Click on any image of this gallery to view the forensic side of the CAINE 6.

Though it’s a niche distribution, CAINE 6 comes with most applications that you’ll find on any standard Linux desktop distribution, including LibreOffice 4.3 and Firefox 32. So it can be used in place of your favorite desktop distribution. The bonus is that you get the best Free Software forensic applications already installed, assuming you manage to install it on your computer. Click on any image in this gallery to view the standard aspects of the CAINE 6 Live desktop.

I would have loved to have CAINE 6 installed on anything, real hardware or in a virtual environment, but systemback made that impossible. Just to make doubly sure that the original ISO image I downloaded was not corrupted, I downloaded another copy, but that did not change anything. I hope the developers take another look at systemback and fix whatever ails it.

If you would still like to take CAINE 6 out for a spin yourself, installation ISO images are available for download from http://www.caine-live.net/. If you do, try installing it on anything you have access to and let me know whether you succeeded in installing it or not.