On the desktops that I installed, it was obvious that no effort was spared to provide the fan base and potential users with a very polished system for desktop computing that works and is fun to use. I’ll qualify that with, except for the GNOME 3 desktop, which comes with the default GNOME Shell (you know how counter-intuitive that can be). For the rest, including the MATE desktop, the user-friendliness and polish of the default configuration is right up there with that of the KDE edition of ROSA Desktop Fresh R2.

From productivity applications to system administrative utilities, the desktop is ready to use. And if you use Mageia Welcome to install third party multimedia codecs, the desktop should be at a state where it just works by the time you are ready to use it for serious or fun computing. In terms of installed and available applications, the project’s developers appear to be more interested in offering users a suite of stable applications for desktop computing, rather than the release-early-and-release-often versions of application.

That was obvious in the choice of Firefox ESR (Extended Support Release) as the default Web browser on all the editions I tested, rather than Firefox 28 or 29, the regular or rapid-release version of the popular Web browser. That also means that KDE 4.12 and LibreOffice 4.2 are not yet available in the repositories. For both applications, you get KDE 4.11.4 and LibreOffice 4.1.3. Apache OpenOffice is not in the repositories. 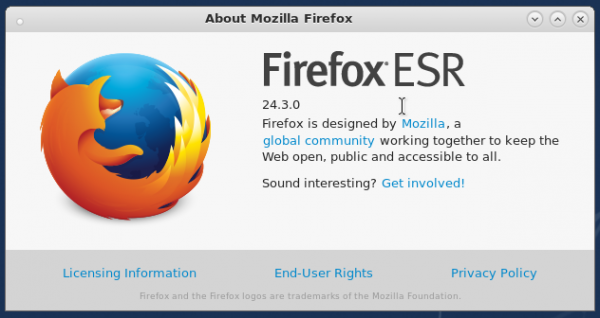 We already know that Mageia’s installer offers all the options necessary to install a system that has a solid physical security profile. That is complemented by a desktop that has a good network security posture out of the box. And that’s because the firewall is active by default, and Msec, a security scanning tool that the distribution inherited from Mandriva Linux, is also active by default. I love distributions with good physical and network security features out of the box. That’s why Mageia 4 is in my list of the very best distributions released so far this year. This screenshot shows a notification from Msec.

I’ve stated this earlier in this review, but it doesn’t hurt to repeat it here, all the desktops that I tested – Cinnamon, GNOME 3, KDE and MATE, are about the best that I’ve seen from any distribution. The developers mantra appears to be stability and user-friendliness, and that works for me.

I’m not a fan of the MATE desktop:, but even it looks good. What I think MATE’s developers need to implement is a menu style that features a search box. And a fullscreen launcher wouldn’t hurt either. The classical menu that forces you to click through a list of categories just to find an application is dated. This screenshot shows the login screen of the MATE desktop.

Click on any image in this gallery to view other aspects of the Mageia 4 MATE desktop.

For the K Desktop Environment (KDE):, Mageia shipped with KDE 4.11.4. And, no, KDE 4.12 is not yet available for installation. The desktop uses the classical menu style by default. That’s not my type of menu, so the first thing I did after installing a KDE edition, was to install a style of menu designed for desktop computing in the 21st Century. This screenshot shows the login screen of Mageia 4 KDE. 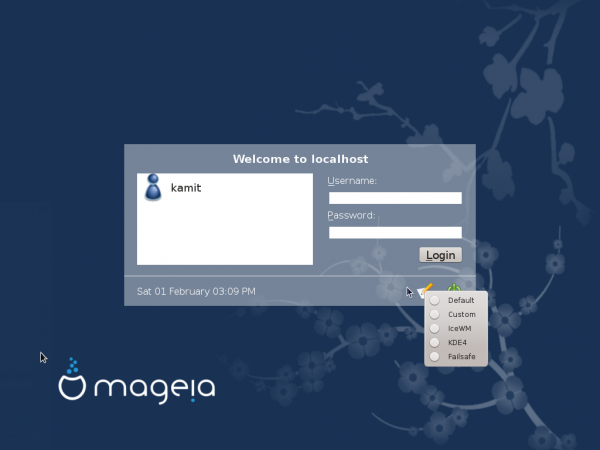 And this one shows the desktop with one of my favorite fullscreen menus – the Takeoff launcher. 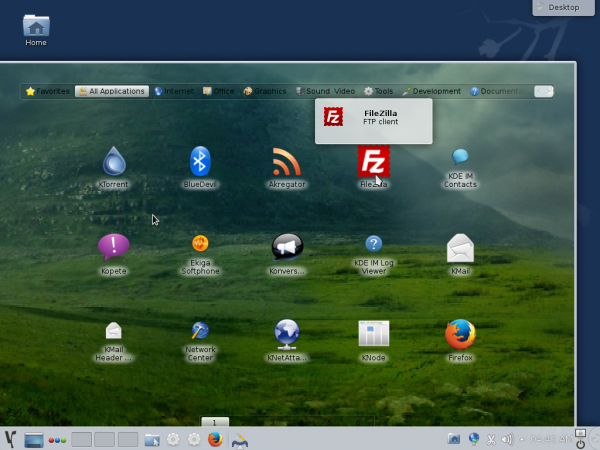 Click on any image of this gallery to view other aspects of the Mageia 4 KDE desktop.

The version of Cinnamon desktop: available on Mageia 4 is Cinnamon 2.0. This screenshot shows its login screen. 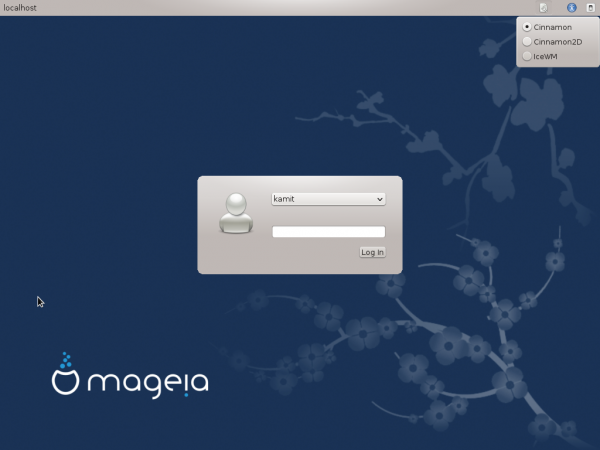 For GNOME 3:, GNOME 3.10 is what’s available in the repositories. And it comes with the default GNOME Shell, which means that window titlebars are missing the minimize and maximize buttons, which makes the desktop very inconvenient for me to use. This screenshot shows the login screen of Mageia 4 GNOME 3. 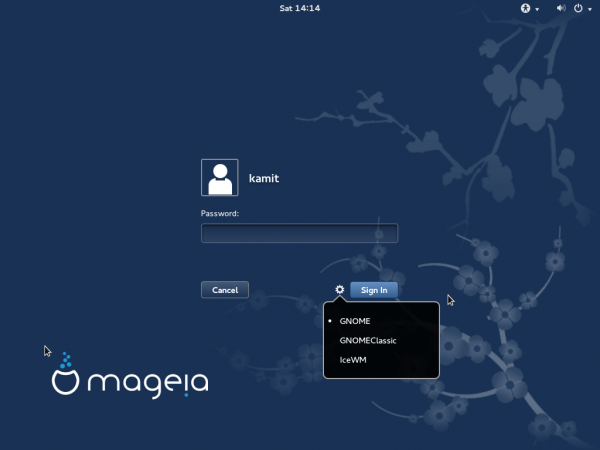 You may click on any image of this gallery to view aspects of the Mageia 4 GNOME 3 desktop.

To sum, aside from the MATE desktop, which I’m not a fan of because it lacks a modern app launcher, the Cinnamon, GNOME 3 and KDE desktops of Mageia 4 are some of the best that I’ve reviewed so far. Because each desktop environment offers one or more features that are special and not available on the others, it becomes really difficult to pick which one to use. So which desktop can I recommend to new users? It’s almost impossible to recommend any one, but the good thing about Mageia 4 is that regardless of which desktop you choose to use, you will have the same polished interface, with a stable software selection and some of the best administrative tools to manage the system.