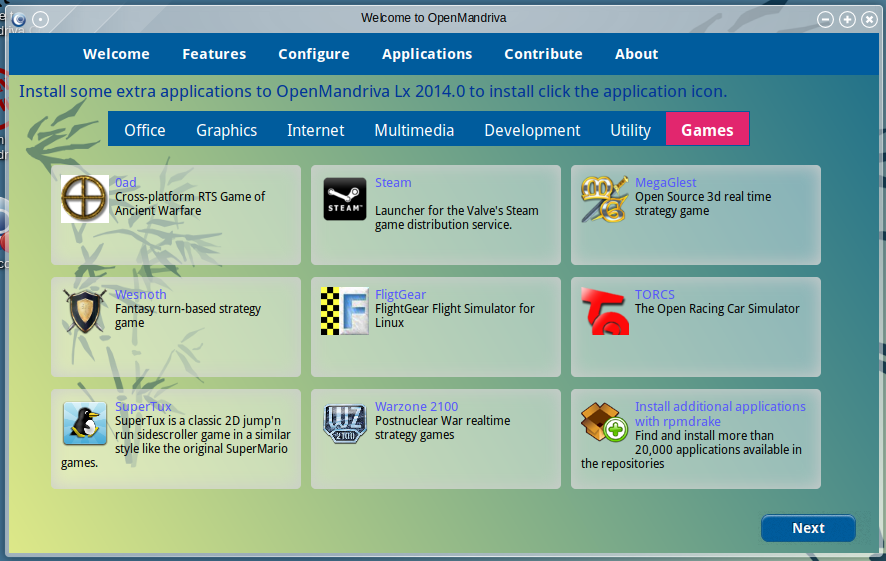 OpenMandriva Lx 2014.1 is the latest edition of OpenMandriva, a desktop distribution derived from the old Mandriva Linux.

But that’s fine. The most important thing is that it comes with support for computers with UEFI firmware.

Like the few Mandriva Linux-derived distributions that are in active development, OpenMandriva still uses many of the management tools from the old Mandriva Linux, though a few have been retired, replaced with newer applications.

One that is still being used, but which I think should have been retired a long time ago, is the installer. This screenshot shows its disk partitioning methods step. Sometimes selecting any of the options when there are existing partitions on the target hard drive puts the system into a reboot loop. 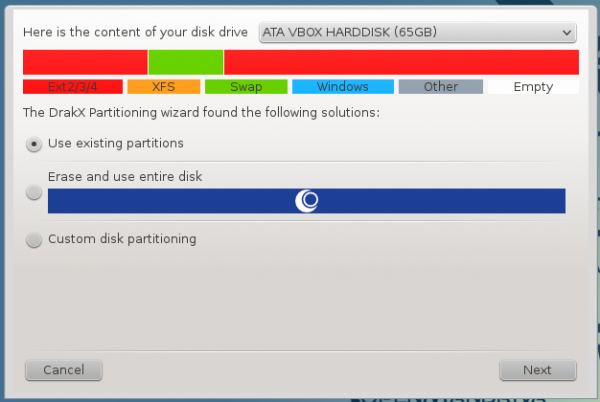 An addition to the installer tells you whether your system has enough RAM to install and use the OS. 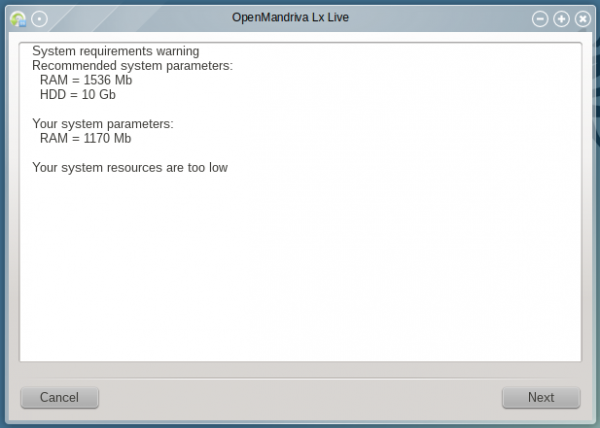 Past the installation phase, which is a 2-step process, OpenMandriva always offers a beautiful login screen. OpenMandriva Lx 2014.1 follows that tradition. 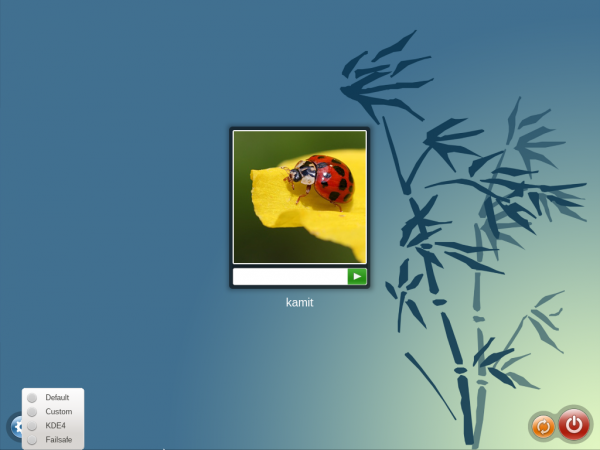 On the desktop, it offers a version of the Bash terminal that has been patched against Shellshock, the Bash bug that’s been in the news since last week. See Bash susceptible to environment variables code injection attack and Patched Bash still vulnerable to Shellshock. 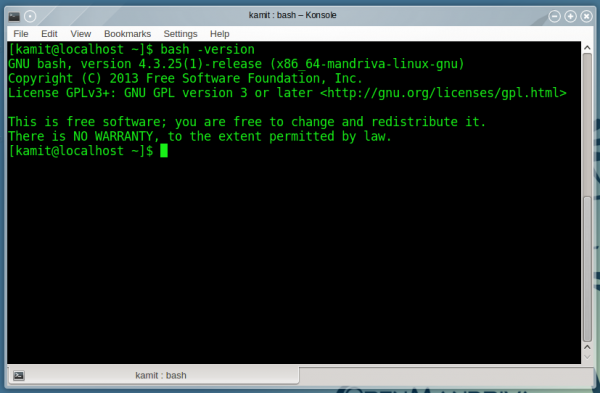 An application which I think new and expert users will find very helpful on OpenMandriva is OM Welcome. It is a greeter application inspired by Chakra‘s Kapudan and Kaptan from Pardus. This screenshot shows its main interface. 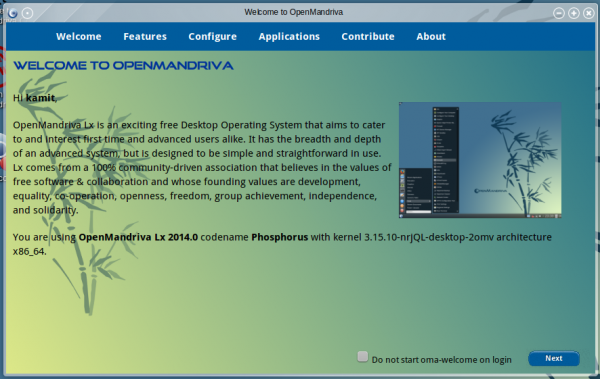 You may view other aspects of OM Welcome by clicking on any image of this gallery.

The K Desktop Environment (KDE) is the only desktop environment supported by OpenMandriva and OpenMandriva 2014.1 comes with KDE 3.13.3. This screenshot shows the default desktop. 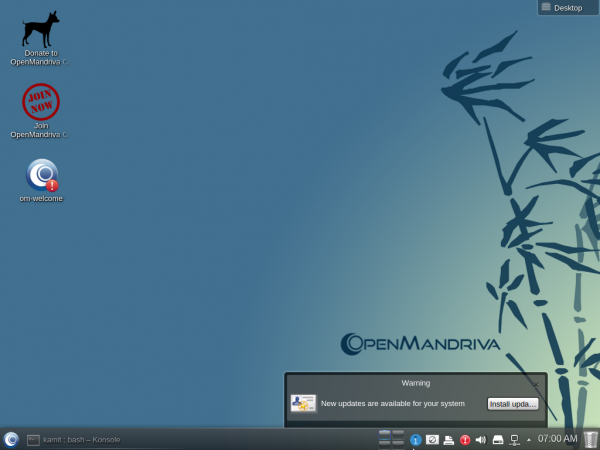 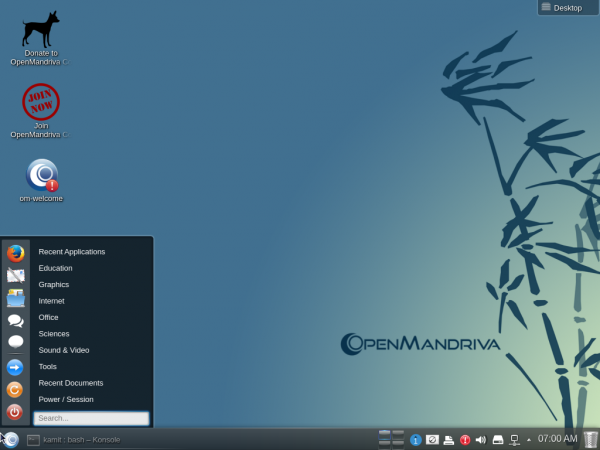 Another screenshot of the desktop showing installed applications in the Internet category of Homerun Kicker. 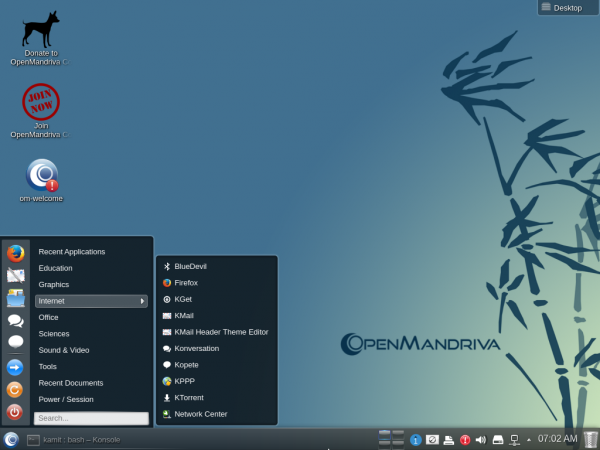 This screenshot shows what the fullscreen version looks like. 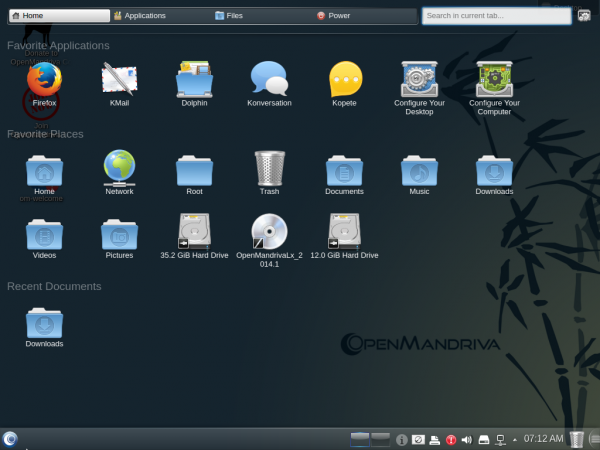 A feature of the desktop that’s not installed by default, but which I think should, is StackFolder. You will find it installed by default on ROSA Linux. StackFolder makes it easy to browse the contents of your home folder without having to use Dolphin, the file manager. And with KLook integration, you can view certain file types without using any other application. 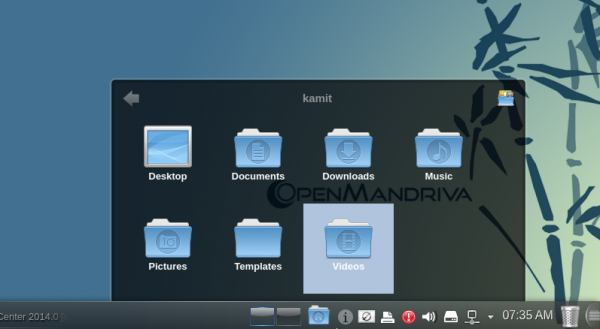 The graphical software manager is the old one from the Mandriva days. Works just fine. However, a replacement is under development. I took it for a spin after the release of the current stable edition of ROSA Desktop (see ROSA Software Center: Beta, but looks, feels and functions better than the competition). I installed it on my test installation of OpenMandriva Lx 2014.1, but it fared worse than the first time I tried it on ROSA Desktop. 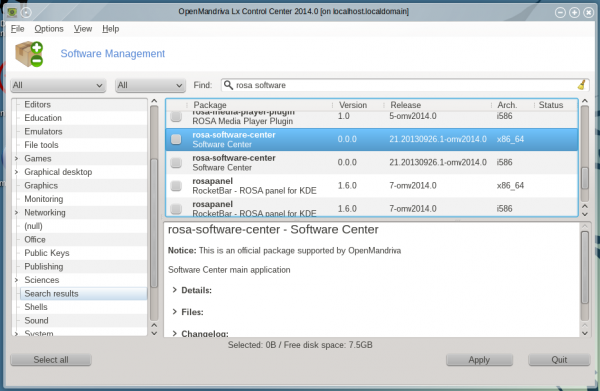 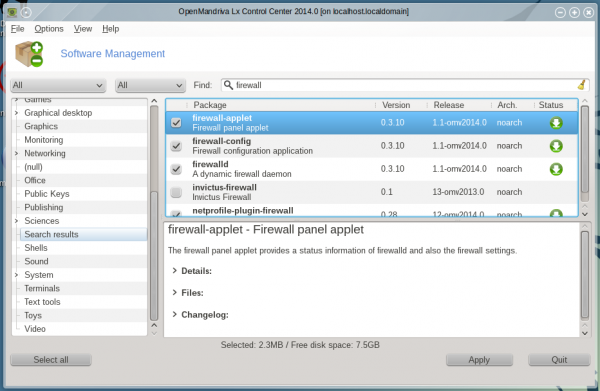 Even though the application is active out of the box, the applet is not in the default list of startup applications. And even after adding it manually and rebooting, it failed to start. 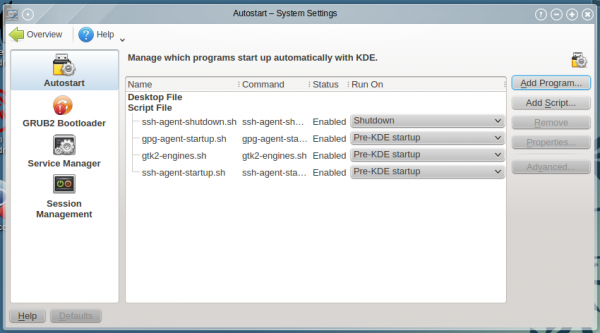 Attempting to start it from the command line gave the output shown in this image. When started by the root user, those messages are not generated, but it still would not start. 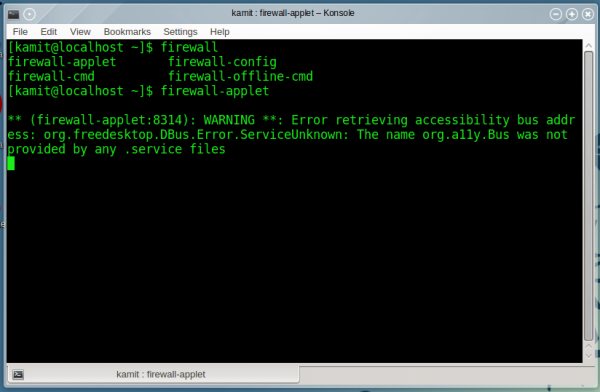 Firewall-config will start, but not fully. It’s supposed to require authentication as the admin user to start, but none was requested. It just starts and stays in the state shown in the image. 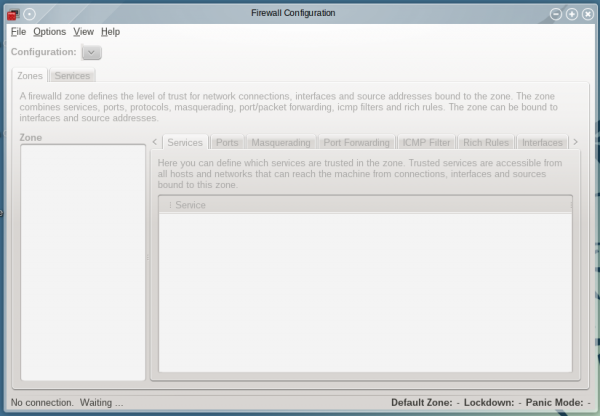 attempts to start it from the command line generated the output shown in this image. The same as when attempting to start the applet from the command line. Also, those messages are not generated when it is started as the admin user. Not sure what’s going on with FirewallD and its components, but it doesn’t look good. And this is a very important application for the distribution, for any distribution. 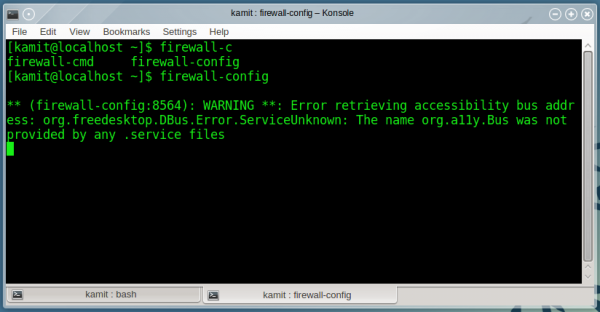 OpenMandriva 2014.1 is supposed to be a mostly bugfix release, but a major bug seems to have been introduced in the firewall application. It’s still a very good desktop distribution, but if you are running a previous edition, best to wait until a fix for whatever ails the firewall application is released. If you’re not running a previous edition, and still want to take this release for a spin, 32-and 64-bit installation images are available for download from here.

In case of firewall it is disabled by default. First you have to enable the service either by using systemd applet in KDE’s systemsettings or use konsole and run as root:
“systemctl enable firewalld” and “systemctl start firewalld”

for the firewall you have only to start the service: