But they are not.

ROSA Linux is published by a commercial entity called ROSA Laboratory, A Russian Linux software solutions provider. On the other hand, OpenMandriva is a community-driven distribution which just released its first stable edition about a couple of weeks ago. See OpenMandriva Lx 2013.0 review and OpenMandriva Lx preview.

In a post published on the official OpenMandriva blog, Colin Close tries to educate users on the key differences between the two distributions. Not all that’s written in that post is accurate, however. For example, In OpenMandriva and ROSA , it states that:

It is hard to compare OpenMandriva, a community organized and built system, with that of ROSA a rock solid commercial distribution. Their aims and usage are different. OpenMandriva Cooker will always be a balance between cutting edge elements and new ideas and the need for stability and simplicity – and ROSA, being a commercial company, needs to carefully implement only fully tested and reliable components to ensure maximum stability for their user base.

That’s just one part of the story. Fact is, ROSA Linux publishes two lines of Linux distributions – ROSA Enterprise Desktop (formerly called ROSA Marathon) and ROSA Desktop Fresh. A suggested by its name, the former is designed for business users and features applications and services with stability in mind. ROSA Desktop Fresh features the latest and greatest versions of applications, just like OpenMandriva Lx, and is targeted at end users. It’s a very important distinction.

Screen shot of the default desktop of OpenMandriva Lx 2013. 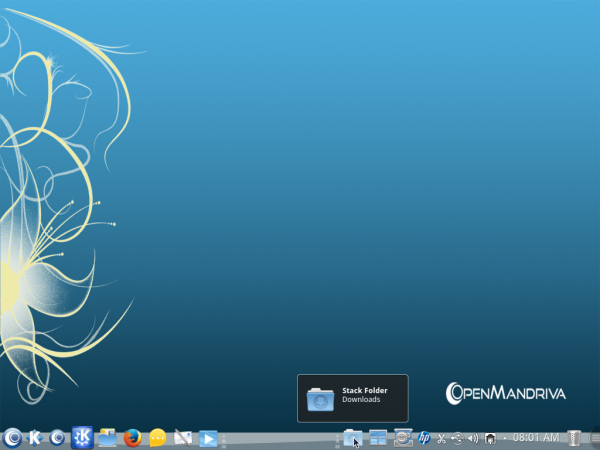 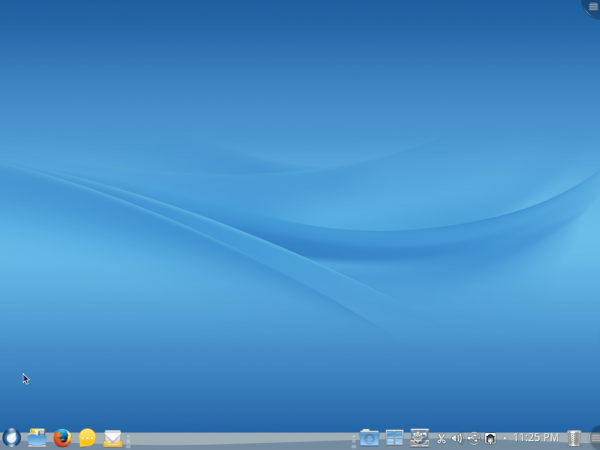