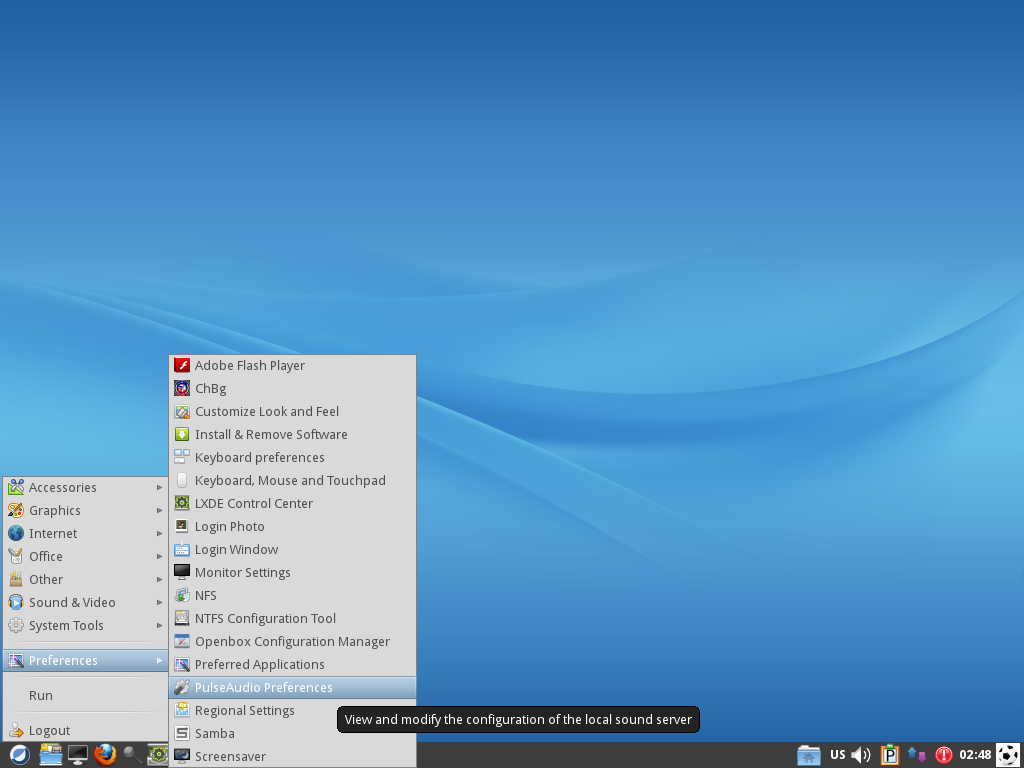 The first was ROSA Marathon 2012, which uses the K Desktop Environment (KDE), and is targeted at enterprise users. ROSA Desktop, which also uses KDE and designed for home users, is expected by the end of the year. A beta edition was previewed here.

The first beta of this LXDE edition of ROSA Linux was released in mid-April (this year). That beta release was previewed here. This article provides a more detailed review using a 32-bit installation image. The boot options are shown in the image below. 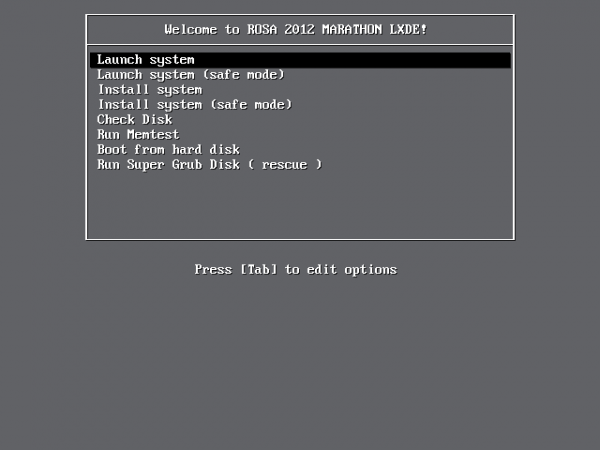 With almost all distributions that offer a Live Desktop, opting to boot into the Live system should bypass the login screen, but not so with ROSA 2012 LXDE. You are forced to make a brief stop at the login screen. Luckily, logging in does not require a password. Just click on the Live user’s icon, and you are in. It would be better to do away completely with the login screen. For booting into a Live desktop, it does not add any value. 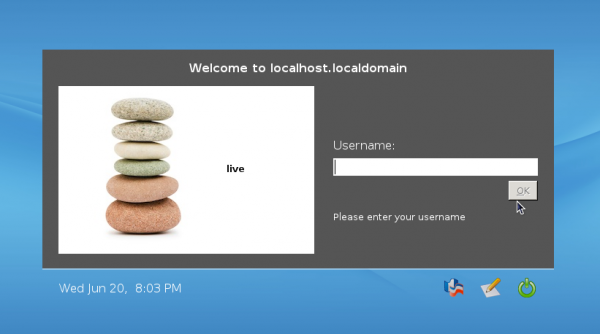 This is a screen shot of the Live Desktop. Because of my experience with ROSA Marathon, I was not really expecting to find an icon of the installer on the desktop, but it sure would have been a pleasant surprise if it were there. Instead, there is an entry for it in the menu at Preferences > Live Install. 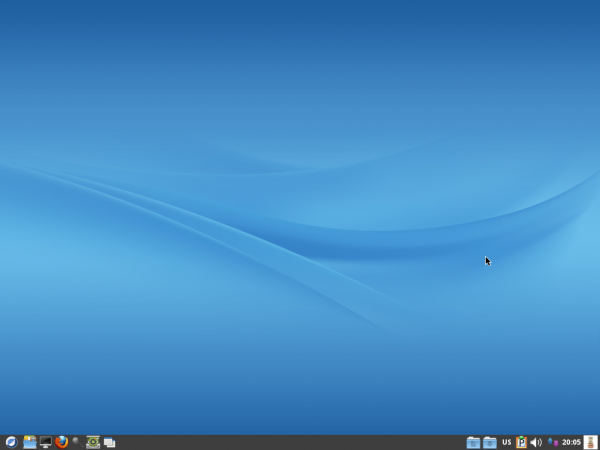 Installing ROSA 2012 LXDE is made possible by the same graphical installation program used by Mandriva. And that is because ROSA Linux, like Mageia, is derived from Mandriva. The ROSA Linux version of the installer has been modified a bit, but at the core, it still retains most features of the original. LVM, the Linux Logical Volume Manager, and partial disk encryption (see disk encryption in ROSA Marathon 2012), are supported. 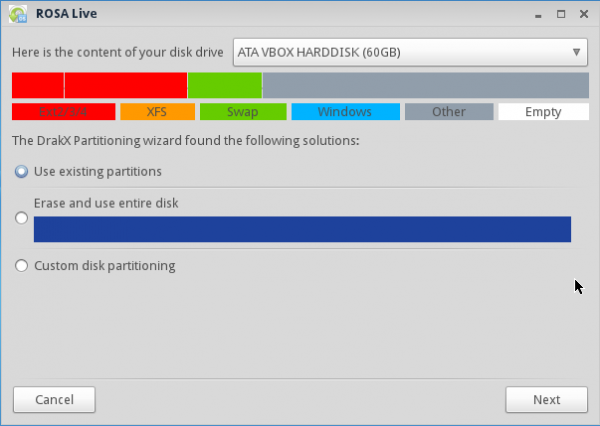 A major difference between the installer in Mandriva and that of all published editions of ROSA Linux – ROSA LXDE 2012, ROSA Marathon 2012, and ROSA Desktop 2012 beta – is seen at the boot loader configuration step. This is what the step looks like in all ROSA Linux editions. 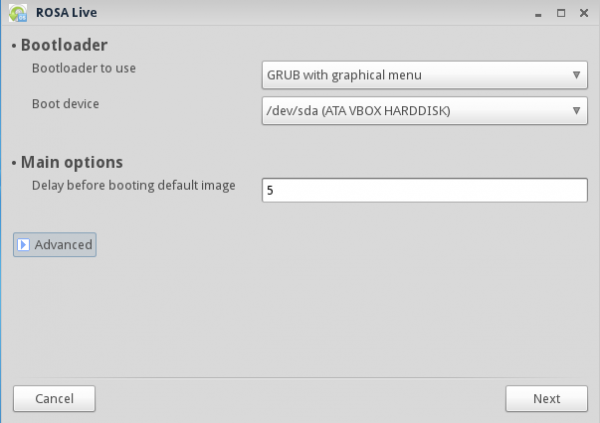 This is what the original looks like. “Original” here, is a reference to the Mandriva version. So instead of adding features to the installer, Denis Koryavov and crew decided that boot loader password-protection is not that important a feature to have. 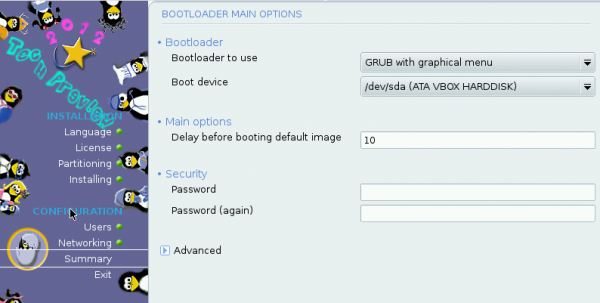 The desktop shares the same wallpaper with the KDE edition. It is perhaps the most beautiful wallpaper that I have seen on any distribution this year. The panel, which sits at the bottom edge of the desktop, has been customized to look as close as possible to Rocket Bar, the panel on the KDE edition. On the KDE edition, that are two StackFolders on the panel for the Documents and Downloads folders. In this edition, Directory Menus for those folders are also on the panel. In LXDE, a Directory Menu is equivalent to KDE’s StackFolder. 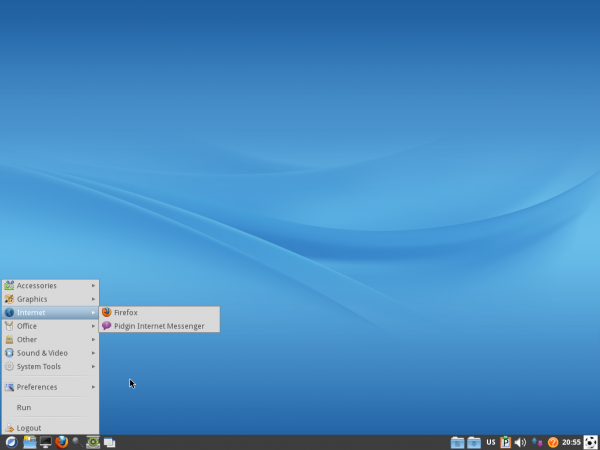 Like a StackFolder, I find that it is better to have a Directory Menu of the home folder, rather than the two on the panel out of the box. If nothing else, it saves space on the panel. That aside, it gives you access to all the folders in your home directory, right from the panel. 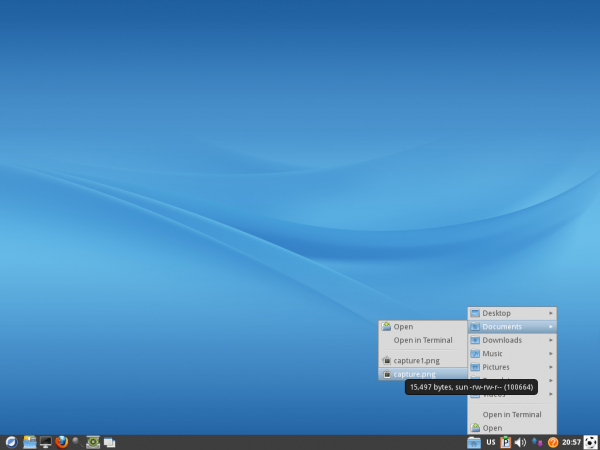 Agreed with finid. Rosa LXDE much better than other LXDE distro.

I’m not interested if it’s the best OS in the cosmos:

If your reason for not using a Linux distribution is because it is funded by a “corrupt” Russian dude with money to spare, then good luck to you. The article you linked to, btw, is …. – never mind.

I try to find distro like this witch will be fast and light for old PCs… so is it good one for that???????

Thank you for the review, but can you please elaborate a bit on this? In what ways is it much better than Lubuntu apart from the brilliant minimal applications approach and the Rosa theme? Its resource (esp. cpu) usage etc?

in fact I try it on my old laptop with 512 ram, it was faster than lubuntu and more stable.. good supporting for hardware… but hard to find what you want from application to install… I can not stay with it more than 1 day.

I tried this one a few days ago and it was pretty good until I realized that there was no battery meter. Of course there are ways to do this yourself in LXDE but for something that’s aimed at notebooks and lower spec systems I don’t see how they could have overlooked this.

On the upside, that omission led me to discovering Voyager XFCE which is now installed on my laptop and is my current favorite distro.

Thanks for the review.
Looks polished as usual for ROSA, and LXDE really needs a team like that that chooses the components well, avoid bugs and gives it some extra polish.
I didn’t try it myself (satisfied with my Fedora Xfce).
Just a little warning: when the beta was released, I posted a question in their blog if it would be possible to boot the iso from the HD. It wasn’t answered (no problem, maybe asking in the forum would be wiser) but I got a lot of spam in Russian in the email I entered there.

I’m usually a fan of the bells and whistles type desktops but after the amount of problems I’ve been having with Gnome and KDE lately I might just give this a go.