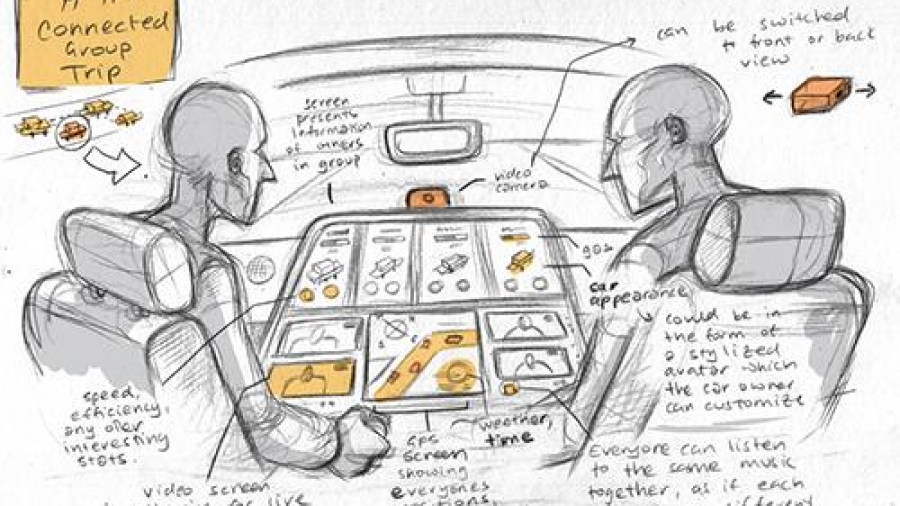 A car with do-it-yourself (DIY) interior parts that can be made using 3D printers will be a bestseller for the obvious reasons. And it could be coming to a car dealership near you in the not-so distant future.

That’s just one of five winning ideas from the Fusebox open idea platform challenge designed to rethink the interior of the car of the future.

It was commissioned by Switzerland’s Ecole polytechnique fédérale de Lausanne (EPFL) in October 2013 in collaboration with PSA Peugeot Citroën, France’s automobile manufacturer. Ideas were accepted from the university’s students, alumni and workers at the EPFL Innovation Park.

The idea of the car with DIY interior parts was not even the challenge’s top winning idea, but it’s the one I think has the best potential for success. A sketch of the idea is shown below. 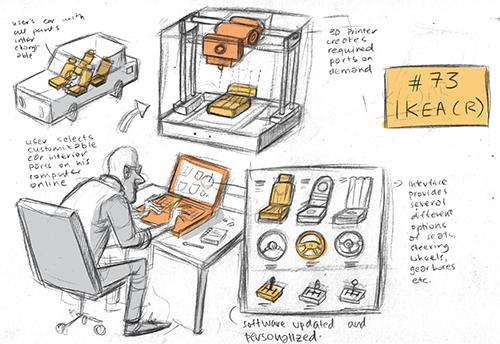 One of the other winning ideas that I like is about the Connected Group Trip. The idea: Build cars that:

…Can stay in constant communication with each other in real time. Make calls to the other cars to communicate your location, share the same music. Each car can be dedicated to a particular activity, such as sleeping or eating, and take turns with each. The idea could also be extended to connect vehicles whose occupants don’t initially know each other, like a “social network in the car,” – looking for people who are going to the same destination. 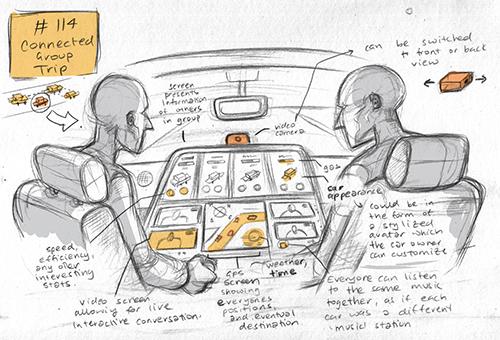 You may read about the other winning ideas here. All five winning ideas will be built by PSA Peugeot Citroën in collaboration with EPFL. You can be sure that the Open Source or Free Software community will have a hand in the success of the winning ideas.