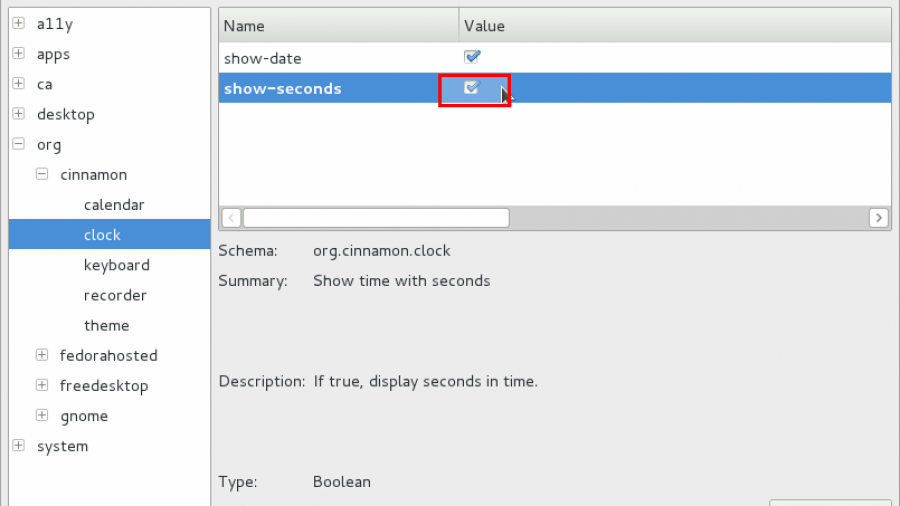 Cinnamon is a fork of GNOME 3 Shell by the developers of Linux Mint. If this is news to you, you might want to read “What does Cinnamon bring to the desktop?“. Installable packages are already available for a few distributions. However, I have only been able to install and use it on Linux Mint 12 and Fedora 16 (see how to install Cinnamon on Fedora 16).

Though I have been able to install it on Ubuntu 11.10, every attempt to use it has failed. As soon as I figure out why it does not seem to be usable on Ubuntu 11.10, I will post it. Cinnamon’s menu and panel have a few aspects that can be configured by right-clicking, but a few others need to be configured with the dconf-editor. This article shows how to install and use dconf-editor on Fedora 16 and Linux Mint 12 to modify them.

If you are using Fedora 16, open a shell terminal and type (first su to root) yum install dconf-editor. You may also use the graphical package manager to install it. On Linux Mint 12, type sudo apt-get install dconf-editor or use the Software Manager to install it. Once installed look for an entry for Dconf-Editor in the menus and start it. Once it is loaded, click on org -> cinnamon. Here, panel-autohide is off by default. Because the panel uses very little desktop real estate, I do not see any need to enable it, but if you like the effect, please do. The panel will then only be visible on mouseover. 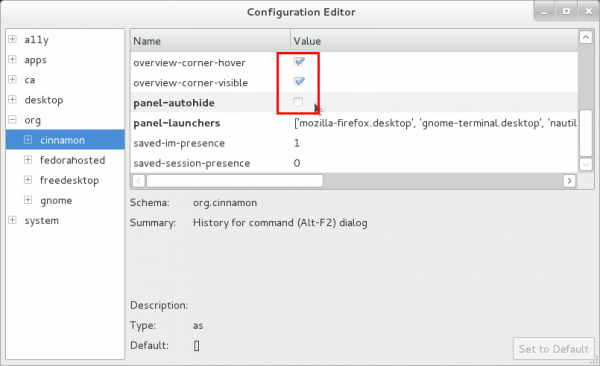 Another useful option that you may enable is under org -> cinnamon -> calendar. 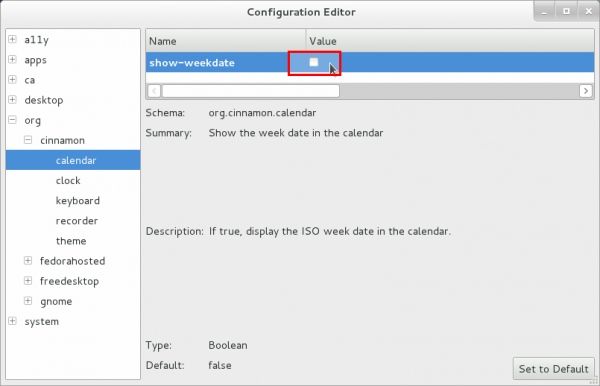 And the last is under org -> cinnamon -> clock. By default, the clock on the panel does not show seconds. If you want it to shows time to the second, enable it here. 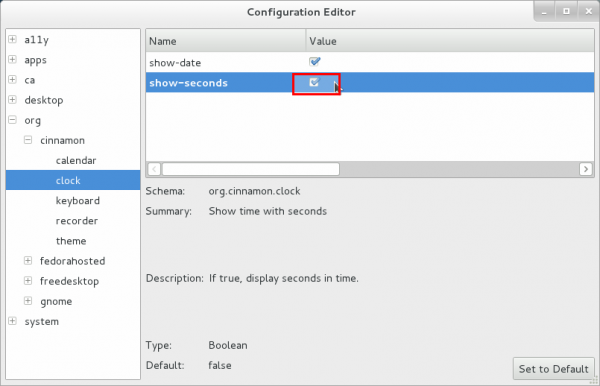