Jitsi (Bulgarian for Wires) is a multi-protocol and multi-platform voice and video instant messenger client. It is mostly implemented in Java, and is Free/Open Source software. Its multi-protocol features are similar to that of Kopete, the native IM client for the K Desktop Environment. In a previous incarnation, Jitsi was known as SIP Communicator.

Where other VoIP services and clients send data in the clear, Jitsi sets itself apart by making use of ZRTP to set up secure communication with SRTP, Secure Real-time Transport Protocol. Other clients use plain Real-time Transport Protocol, RTP. By itself, ZRTP is not the security protocol, but the mechanism used to generate and exchange keys between both ends of the VoIP session.

It (ZRTP) was developed by Phil Zimmermann, and is used in his own Zfone software. It is likely that your favorite Linux distribution does not have a jitsi package in its repository, but there are .deb and rpm packages that you can download and install. The following screenshots show the process involved.

If you are using a distribution that uses the Debian packaging framework, you can initiate the installation process by downloading a 32- or 64-bit package from here.Note: Jitsi is still beta software and the packages are nightly builds). 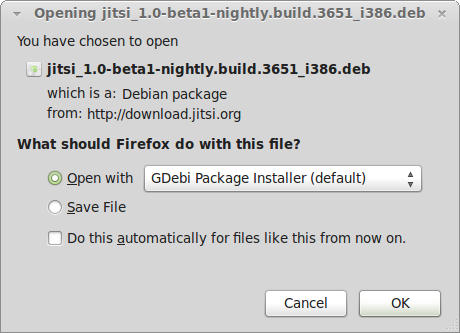 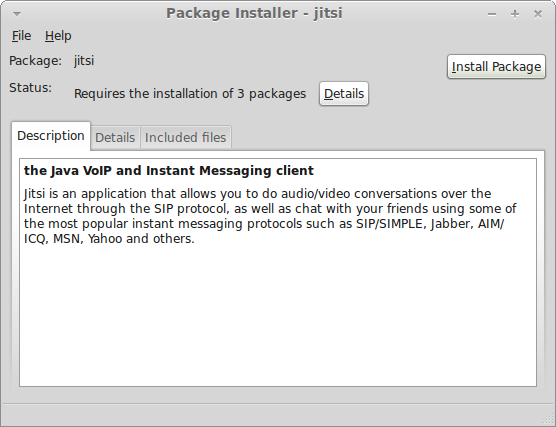 Jitsi is mostly implemented in Java, so you will need Java installed first. If Java is not installed, you will get this friendly error message.

Once installed, there should be an entry for Jitsi in the menu’s Internet software category. The main interface of the application with its dial pad are shown below. It is just like any other IM or VoIP client.

This screenshot shows the protocols or services that you may use via Jitsi. If you have an account in one or more, you can set them all up, so they will all be available from the main Jitsi interface. 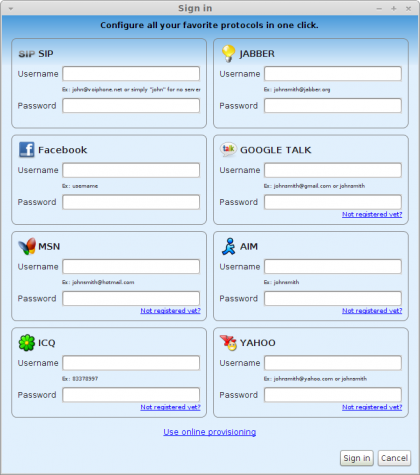 This screenshot just shows some of the configurable options in Jitsi. 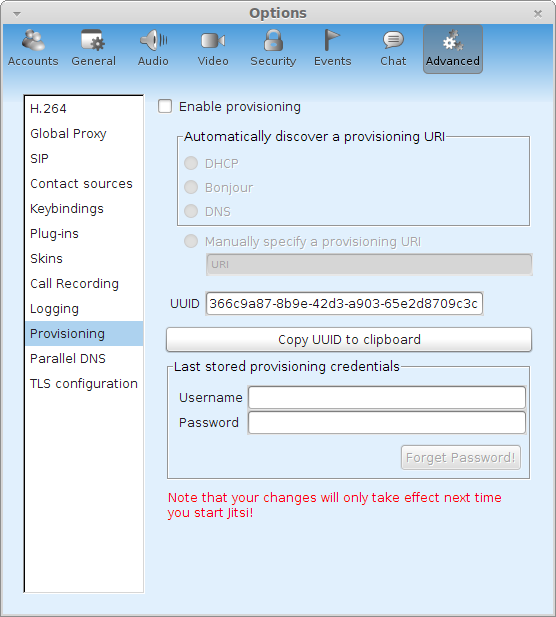 Jitsi uses ZRTP and SRTP to secure your communication by default, but if you are a guru, you can mess with ZRTP settings from this window. 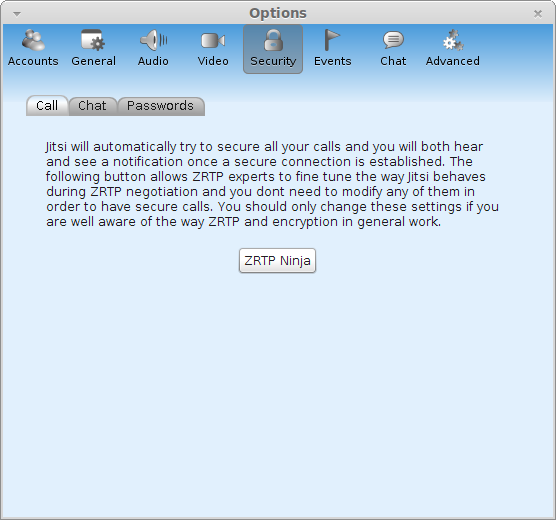 Jitsi even lets you set up multi-party calls. If you have used Jitsi, or will use it after reading this article, let us know if it worked for you. 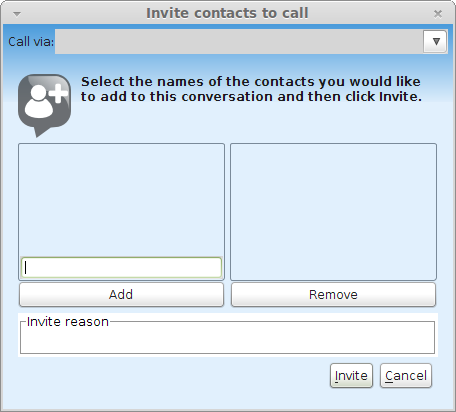 am failing to configure jisti software to the server.what do you mean by Registrar > Domain and Proxy > Outbound Proxy in configuring SIP account?please help me out.

I would like to use it in my office in place of Pidgin, but it does not support Microsoft Office Communicator server, so I’m not sure what to do.

Pidgin is also open source client and has MS Communicator support, so I hope developers can just take that plugin and implement inside Jitsi.

From the Jitsi FAQ:

The correct spelling of the application name is Jitsi (“jitsi” also works). The origin of the name is Bulgarian (spelled Жици). It means wires and the point is that the application allow you to connect to many network and people just as wires do. Of course no one other than Bulgarians is supposed to know what this means and we picked the name mainly because it was short and sounded well.

Looking for an alternative to Skype I tried Jitsi. It’s a multiplatform client and I need that. I want to be able to reach people using Macs and it’s not always easy (seems like when Linux developers port their software to another platform they will start with Windows and Mac gets a back seat).

With a friend we tried to use Google Talk because neither of us has a SIP account and the software itself doesn’t provide clues about where to get one.
We couldn’t call each other so we tried to chat – in Japanese as the nick suggests – but Japanese script turned into little squares. A problem not so common nowadays. The Japanese names in the buddy list do not show correctly either.

For me that’s a deal breaker. I’ll keep an eye on Jitsi but for now it cannot do what I need.

Jitsi can communicate with any SIP or XMPP/Jabber Account. I personally made a conversation to partner who is using a Mac- so there is a MacOS X Version and it works.

The Japanese characters are difficult to handle, I learned. They should appear – as Unicode is supported. I know that some Japanese computers doesn’t use Unicode. Probably that is a clue.