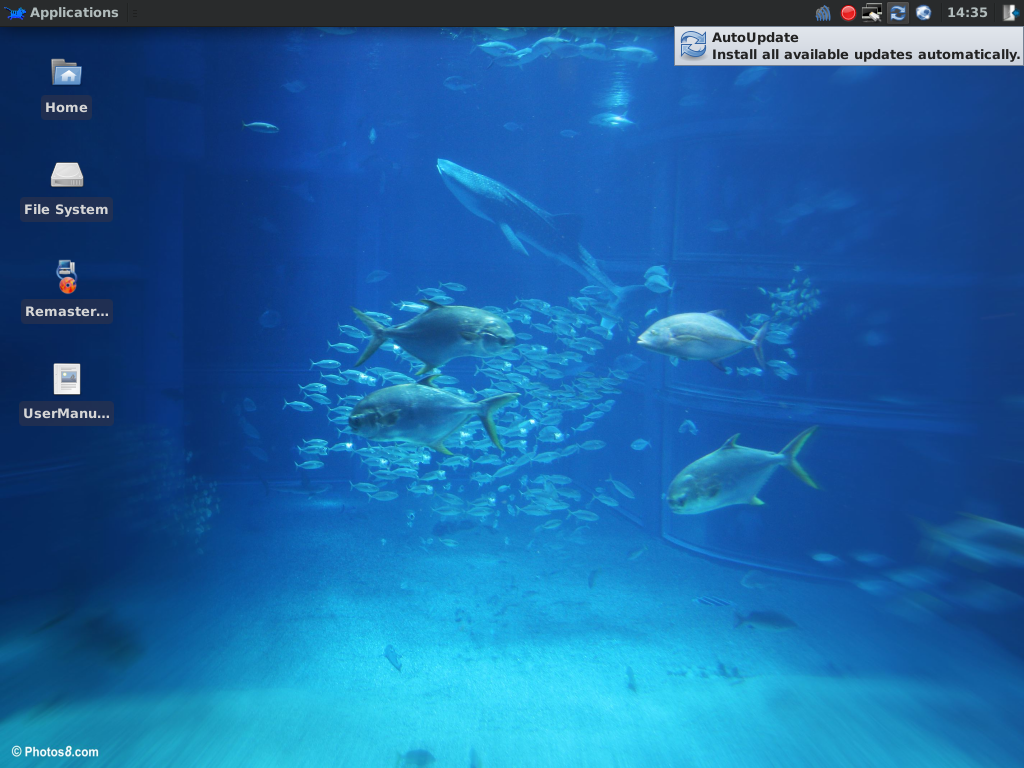 SalineOS is a desktop-oriented distribution based on Debian GNU/Linux, and uses the Xfce desktop environment. The latest stable release is SalineOS 1.1, released late last month. This is my first review of this distribution and also its first listing on this site.

Installation: Like all Debian-based distributions that I have used or reviewed, SalineOS does not use Debian’s graphical installation program. Rather, it uses a very simple installation script called Remastersys-installer, which calls on the services of GParted for disk partitioning. Like the installer on Linux Mint Debian Edition, it is just a very basic installer. There is no support for LVM, the Linux Volume Manager, RAID, and disk encryption. You need some knowledge of disk partitioning on Linux before you can install SalineOS 1.1 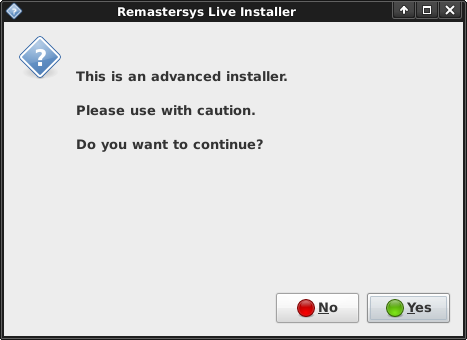 Desktop: SalineOS is an Xfce-based distribution, and ships with Xfce 4.6.2. The latest stable release of Xfce is Xfce 4.8. The desktop features a beautiful wallpaper with a top and bottom panel. The bottom panel is only visible on mouseover. More screenshots of the desktop are available on the last page of this review. 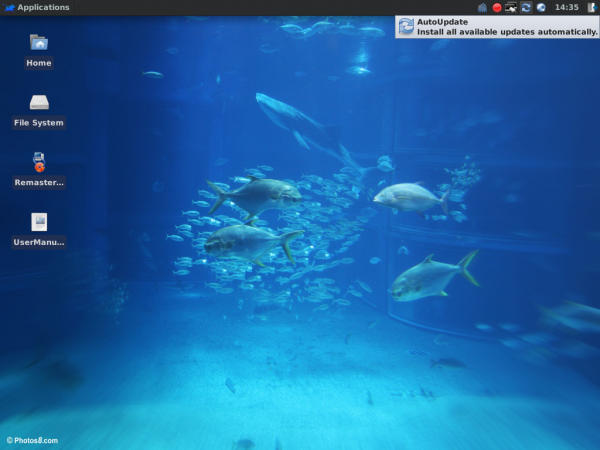 Package Management: What other package management tool would a Debian-based distribution use if not APT, the Advanced Packaging Tool? And the most commonly used APT tool, the one used to install/uninstall and update applications, is apt-get. Unlike Linux Mint and Ubuntu, SalineOS does not have its custom graphical package manager, so the graphical interface to apt-get that is available for use is Synaptic.

The package update notifier is a simple script with an icon on the top panel (see the desktop screenshot above). It is supposed to install all available updates automatically when you click on it. Though it works as intended, it does not give you the option to even view the updates that are going to be installed. Rather than this script, it would have been better to install update-notifier, a graphical update notification tool available in the repository. Update-notifier, which uses the update-manager package provides a much better package update checking and notification.

A screenshot of auto-update script. 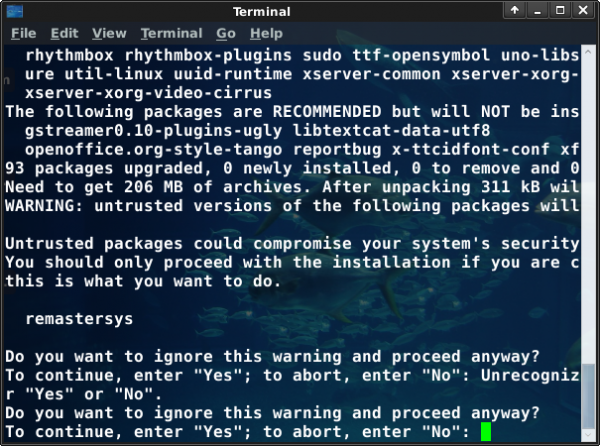 The first time I ran the auto-update script, I got this GRUB-related message. 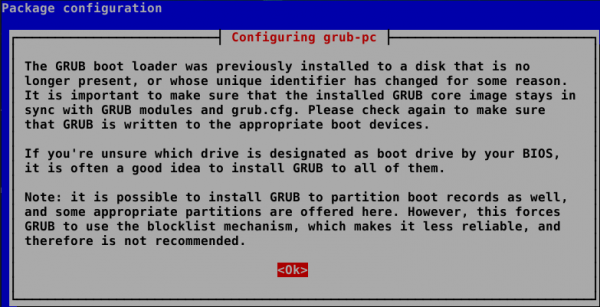 Installed & Installable Applications: Out of the box, SalineOS 1.1 ships with a decent collection of applications. Here is a list of some of the main applications installed:

These are besides the standard Xfce desktop accessories and system utilities. Though there are dozens of games in the repository, not one is installed by default. Chromium is the only Web browser installed. Rather than Mozilla Firefox, Iceweasel, a re-branded Firefox, is the other well-known Web browser available for installation. Moovida, a media center application is available. However, XBMC, the other media center application, is not. Java JRE service is made possible by the installation of OpenJDK Java runtime. Web browser Flash support is not available out of the box, but there is a script in the repository that will download and install a non-free Flash plugin from Adobe.com.

SalineOS is nice and quick…
It has some issues, but due to age of the project… I believe they will be cleared.

My review of SalineOS
http://linuxblog.darkduck.com/2011/02/easy-as-mouse-quick-as-thought.html

For me, Saline OS is much better than the Debian 6, and it didn’t give any headaches as finding the right disk image to download! Debian did and most of the reviewers got caught to that ploy!

The “AutoUpdate” script actually configures apt to pull in packages from the official Debian backports repository. This is only done after they go through a testing period beyond what Debian does. Doing this with the update manager wouldn’t be feasible (Without pinning the package version down and then it wouldn’t get security updates if needed) or desirable as the update manager requires GNOME libraries. As a general rule if I could do it without running a background process I did, this includes the update manager.

The Debian installer is not an option as it will not install my images. The good news is, if you learn to partition with Gparted you can install backup DVDs the same way or use Remastersys to clone your setup to another PC.

I am a free software distribution in that all packages included maybe freely distributed per their license though not all can be modified. I do not include packages that Debian has marked as potentially patent encumbered. A script is included to enable the Debian multimedia repository and install the extra codecs, DVD decryption and the Adobe flash plugin. This is all documented in the user manual.

Parole will play your music in the background using less resources than Rhythmbox. This is the default and the recommended way to play music until you need or desire something more feature rich. We will have to agree to disagree on this one.

SalineOS ships with Xfce 4.6.2, but I would very much like to pull 4.8 from Debian backports. Anyone using my AutoUpdate script would then get it installed automatically.
Thank you for the review – Anthony