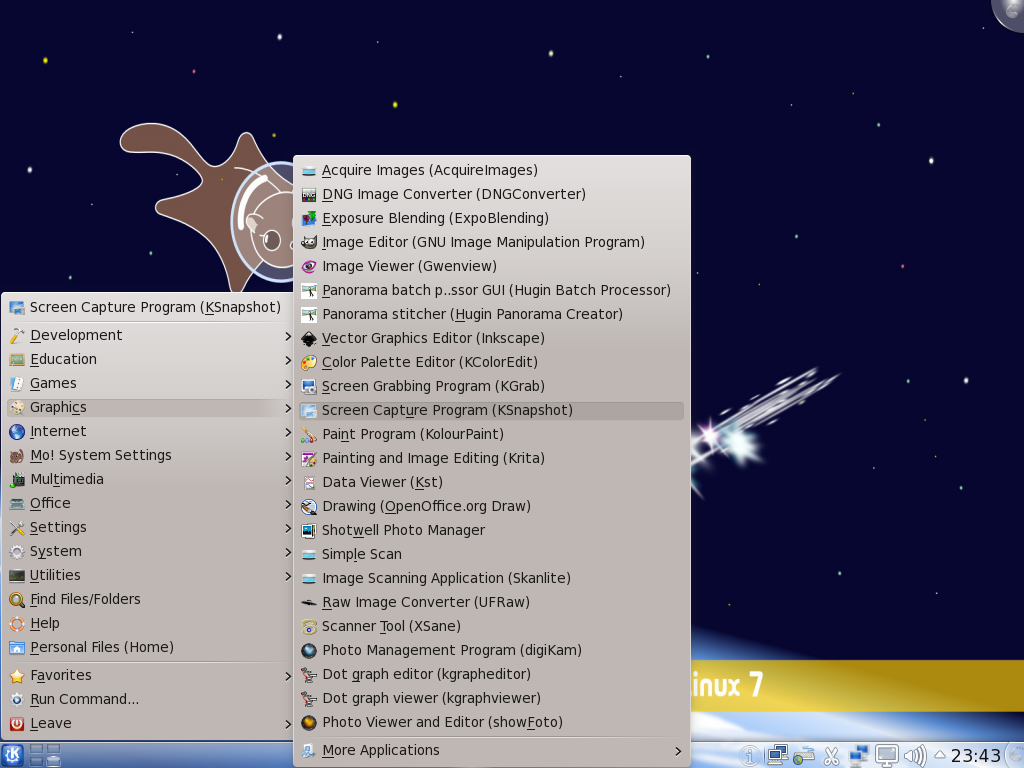 Momonga is a Linux distribution based on Fedora. It is a community-developed distribution with roots in Japan (the name is derived from a species of flying squirrel found in Europe and parts of Asia). Like Fedora, it is a multi-purpose distribution, a Free distribution, with a script that makes it easy to build and install non-free applications

This review, the first for Momonga on this website, also marks its first listing in the Desktop/Server category.

Installation: Like Sabayon, Momonga’s installation program is the same version of Anaconda that made its debut on Fedora 13. It, therefore, has support for LVM, the Linux Logical Volume Manager, softRAID, and full disk encryption. It also supports installation to remote storage devices (for example to SANs and to disks attached to mainframes). LVM is the default disk partitioning scheme, with ext4 as the default journaling file system. The other journaling file system supported by default is ext3.

If you pass the xfs, jfs and reiserfs options to it at boot time, those journaling file systems will be available during the disk partitioning stage. As with Fedora, you may also pass the btrfs option to it, if you want to install it on a btrfs file system (the same instructions used for installing Sabayon and Fedora on a btrfs file system may be used for Momonga). Additionally, you may also pass the nilfs option at boot time, if you want to install it on a NILFS file system. NILFS, one of the newest file systems in the Linux kernel, is a log-structured file system “supporting versioning of the entire file system and continuous snapshotting.” You may read more about it at http://www.nilfs.org.

The installer enables you to customize packages installed. With Momonga, it is better to “customize now” rather than “customize later.”

If you choose to “customize later,” you are going to have the GNOME and KDE desktops installed by default. That is the reason a new installation of Momonga 7 takes up almost 6.5 GB of disk space. LXDE and Xfce are the other desktop environment options available for installation.

Package customization goes down to individual packages and not just package categories or desktop environments.

Desktop: A new installation of Momonga 7 defaults to the GNOME desktop environment. As noted earlier, KDE, the K Desktop Environment, is the other one also installed by default.

The default GNOME desktop on Momonga 7. A screenshot of the default KDE desktop is available here.

My test computer is a recent buy, with 3D-capable hardware, but all attempts to enable CompizFusion, the 3D compositing window manager, with the CompizConfig Settings Manager failed. It just did not work. Using the Desktop Effects utility to enable CompizFusion produced some 3D desktop effects, but caused all open windows to be “pinned” to the workspace and caused the Close, Minimize and Maximize window buttons to disappear. This occurred on both GNOME and KDE.