Upgrade Ubuntu 16.10 to Ubuntu 17.04. Your swap partition will be retained 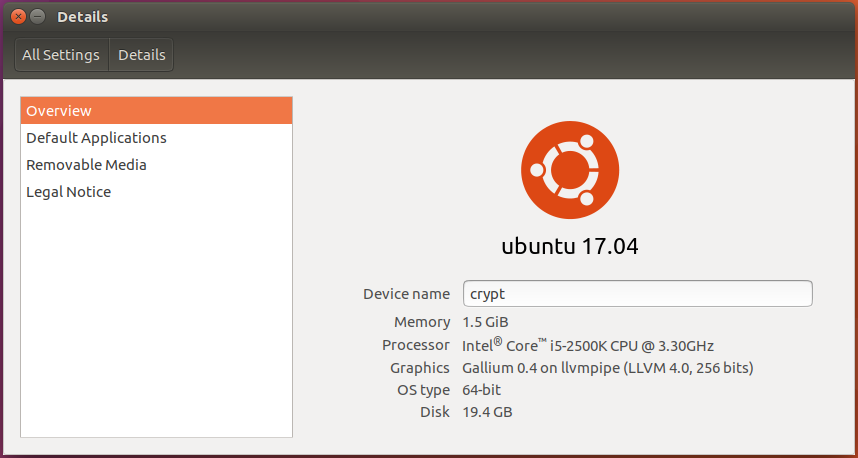 If you’re using a computer with Ubuntu 16.10 Desktop installed, chances are that you’ve already been prompted to upgrade to the latest version, which is Ubuntu 17.04 Desktop. It’s a simple and painless process that takes just a few hours.

This post shows what happens before, during, and after such an upgrade. Your personal content will be left untouched, and the swap partition will be retained. More on that further down.

There are two means though which you’ll receive an upgrade notification. The first, shown in Figure 1, happens automatically, depending on your update settings in the System Settings.

The second is when you manually update the system. That notification prompt is shown here in Figure 2. Opting to upgrade by clicking on the appropriate button on either prompt will start the upgrade process.

You’ll next be presented with the Release Notes. Ubuntu 17.04 ships with lots of good stuff, including this one. 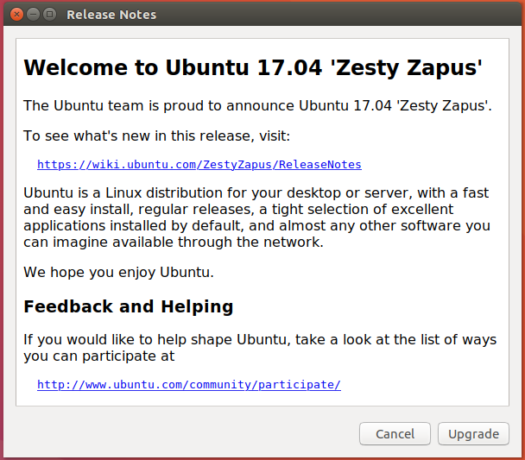 Do you really want to upgrade to Ubuntu 17.04? Of course, you do… The process will take several hours. When it completes, you’ll be prompted to restart the computer.

Part of rebooting means passing through the login screen. So you get to see what the Ubuntu 17.04 login screen looks like. Same like the old one, except for the reference to Ubuntu 17.04. 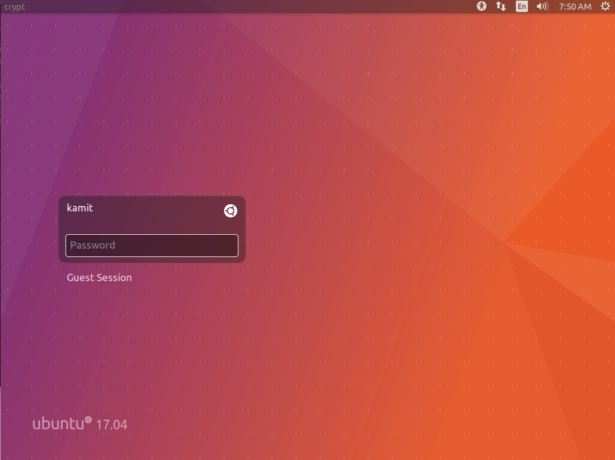 And if you had any doubts that the upgrade really was successful, information in Details > Overview of System Settings will put your doubts to rest. 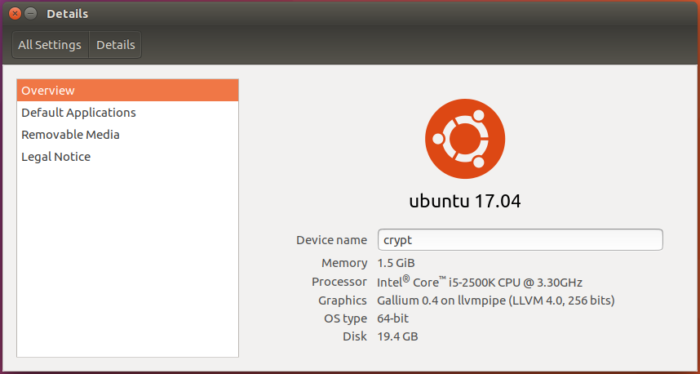 OK, I have a laptop with Ubuntu installed. I’ll try that today and post the result – success or failure.

Edit: Sorry, the Ubuntu on that notebook has been replaced with Fedora 25 installation, so I’ll use another system to test.