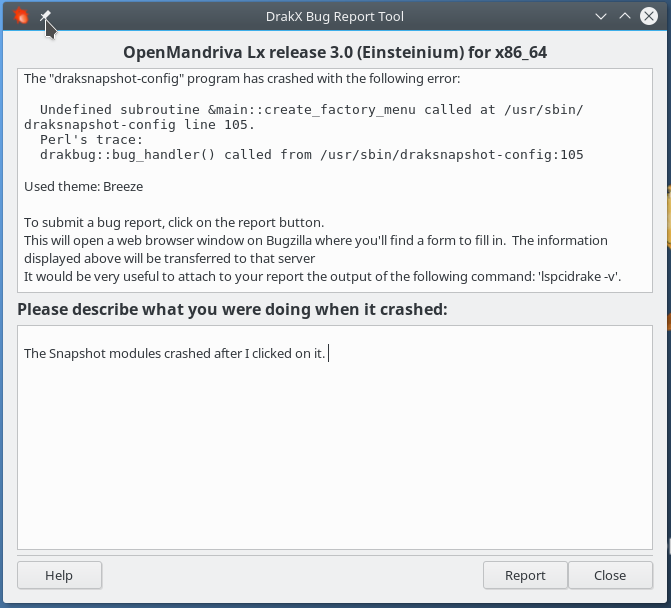 So I figured that the only way to see the login screen is to install a system with the default settings in the user setup step, then disable automatic login after I was automatically logged in. That approach let me see the login screen, which you can also see in Figure 13. What’s different on that login screen, I’m sure you noticed, is that booting into an LXQt desktop is also supported. Which came as somewhat as a surprise, because there was no hint during the installation that LXQt applications were also being installed. LXQt is a lightweight desktop environment built on Qt technologies. It is being evaluated as a Fedora Spin due for release when Fedora 26 comes along. I wrote about that effort in this article. 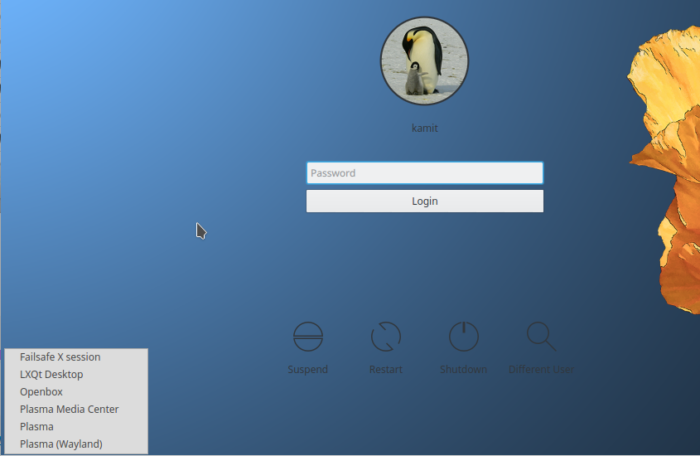 At this point I’m sure some of you must be itching to see screensshots of the KDE Plasma 5 desktop desktop. If that’s the case, click on the gallery below.

OpenMandriva Lx 3 desktop with desktop cube activated. In this image there were just 2 workspaces

OpenMandriva Lx 3 desktop with desktop cube activated. In this image there were 4 workspaces , which is the default

And this short video shows an aspect of the screensaver. This came about because of an attempt to find a good screencasting tool on OpenMandriva. It led to this article on recordMyDesktop and Kazam.

Figure 14 shows what the default LXQt desktop looks like. Aside from a better selection of applications, most of them native KDE applications, it’s no different from other LXQt desktop, screenshots of which you may view in this article. 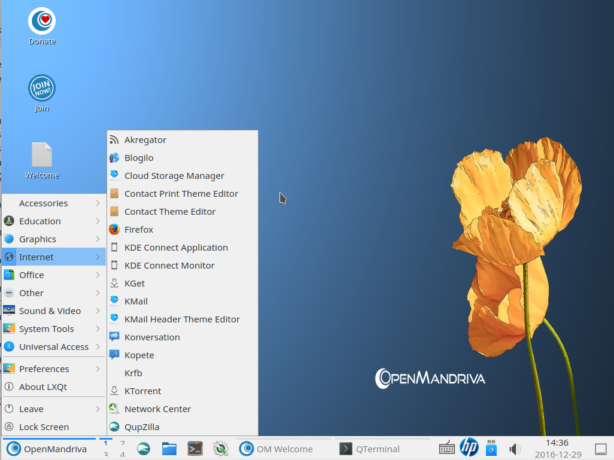 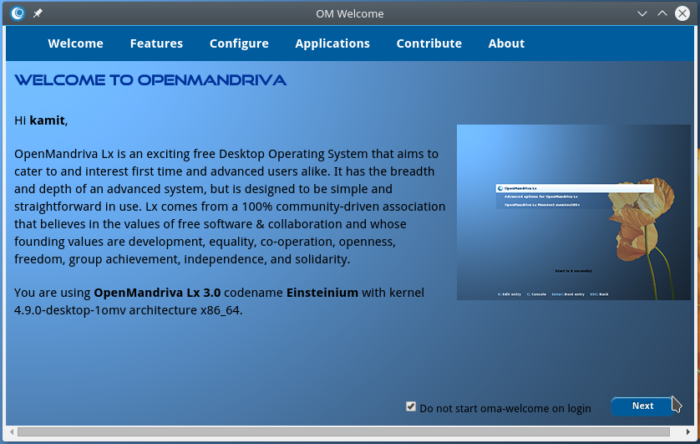 It provides access to a range of applications and tools that would normally be needed on a new installation. 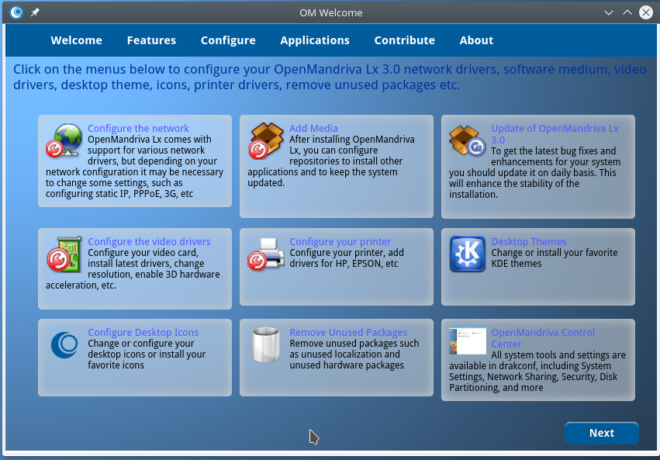 This shows the Applications tab of OM Welcome. 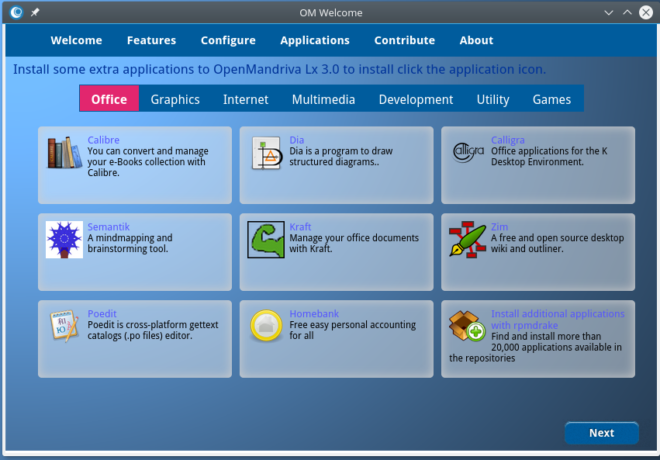 Whether on the KDE Plasma 5 or LXQt end of an OpenMandriva Lx 3.01 desktop, you’ll find the usual cast of applications, like LibreOffice, Firefox, Qupzilla (a Qt-based browser), Qt Terminal (a terminal emulator with support for vertical and horizontal screen-splitting), and also the usual cast of desktop accessories and system utilities. A neat feature in the terminal emulator will pop up an authentication prompt if you run a command that requires root privileges but forget to prefix it with sudo. 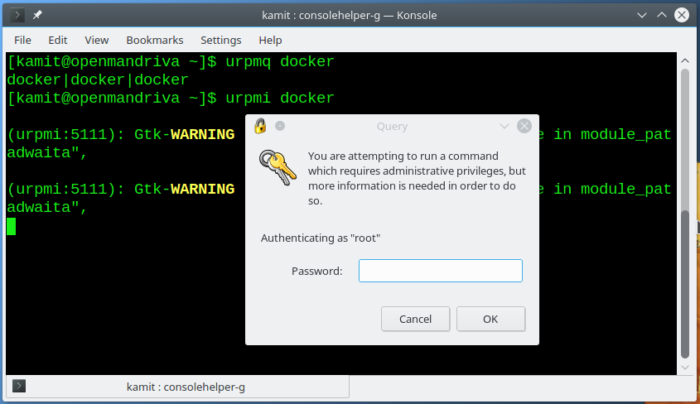 As a desktop distribution with Mandrake/Mandriva roots, OpenMandriva retains some applications from its ancestral distribution. One notable is the OpenMandriva Lx Control Center, formerly the Mandrake/Mandriva Control Center. A few of the modules in this application don’t have the underlying application installed by default, so when clicked, you’re informed that some applications meed to be installed. An example is the Snapshots module shown on the lower-left corner of Figure 20. 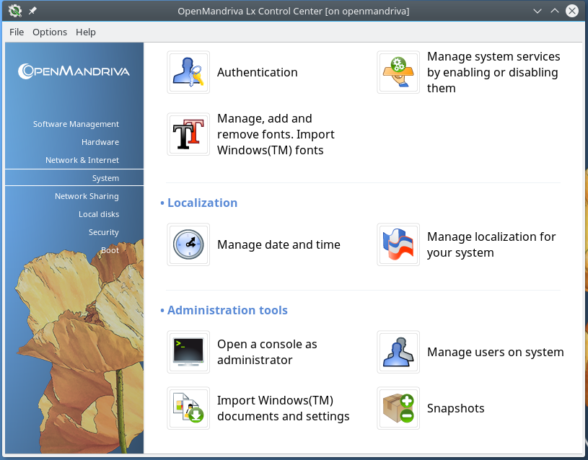 After installing the underlying application and trying to use it to take a snapshot of the system, it crashed, generating the error shown in Figure 21. A module of the OpenMandriva Lx Control Center that worked without a hitch is the package manager module. 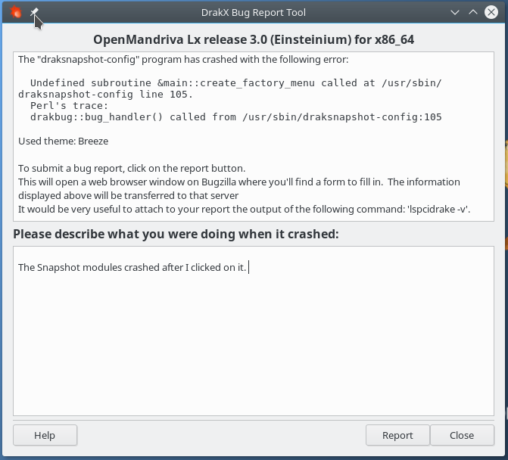 Even outside of the OpenMandriva Lx Control Center, a couple of applications I tried to use crashed, like the one shown in Figure 22. qt-recordMyDesktop is that application’s Qt frontend and I only tried to start it from the command line because it failed to launch from the applications menu. The GTK frontend also suffered the same fate.

To wrap this thing up, a few paragraphs on the security posture of OpenMandriva Lx 3.01 is in order.

Because it has support for full disk encryption during installation and a firewall application that’s enabled out of the box, an OpenMandriva Lx 3.01 desktop can be configured to present a pretty good security posture. However, that automatic login thing gives it a very bad out-of-the-box security posture.

Besides the firewall application, there’s no other security application installed by default. No SELiunx, no AppArmor, and no Tomoyo. All three applications are application-level firewalls. SELinux is the default on Fedora, while AppArmor is the default on Ubuntu. I don’t know of any distribution that uses Tomoyo by default, though its packages are available for installation on OpenMandriva Lx 3.01.

If this article sounds more like a bug report than a review, that was not the intention, though I don’t think that’s necessarily a bad thing. Some distributions are just buggier than others, and it would be irresponsible to not report what one finds during a review.

OpenMandriva Lx 3.02 is scheduled for release early this year, so I hope that the issues reported here will be fixed by then, especially how the distribution handles decrypting an encrypted disk. To download an installation of OpenMandriva Lx 3.01, visit the project’s official download page. For a complete read of the release announcement, visit the Release Notes page.

A review of OpenMandriva Lx 3.0 http://linuxblog.darkduck.com/2017/01/openmandriva-lx-30-faint-shadow.html