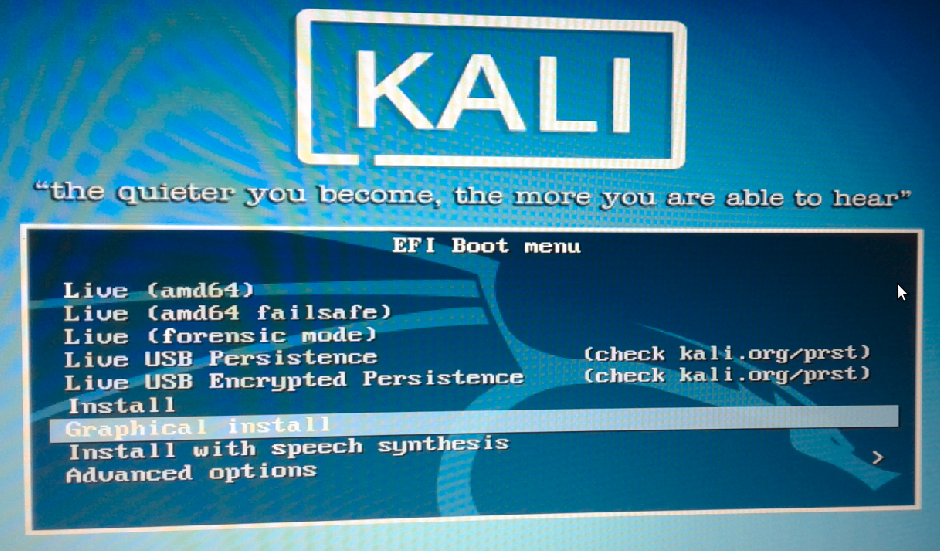 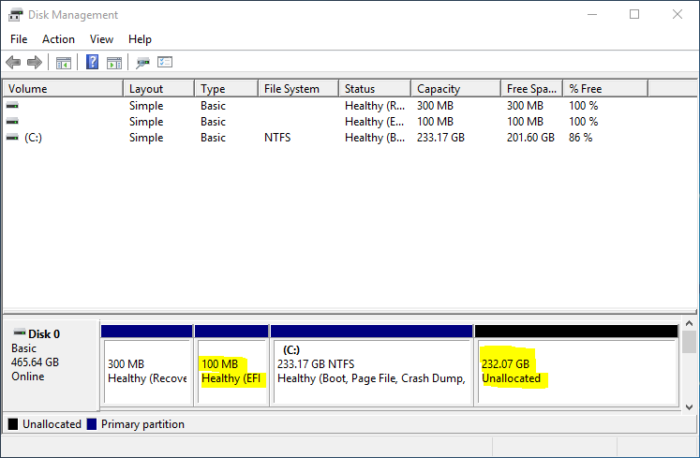 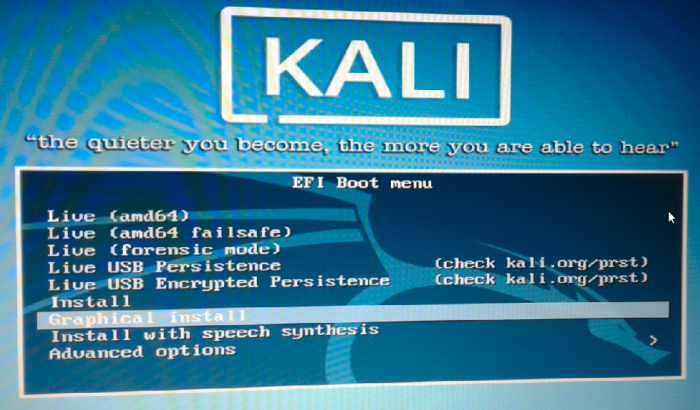 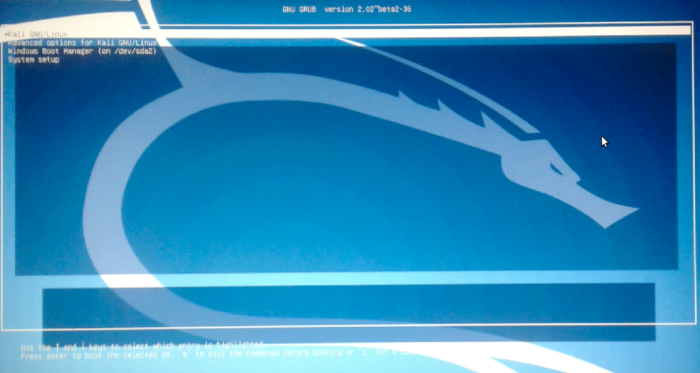 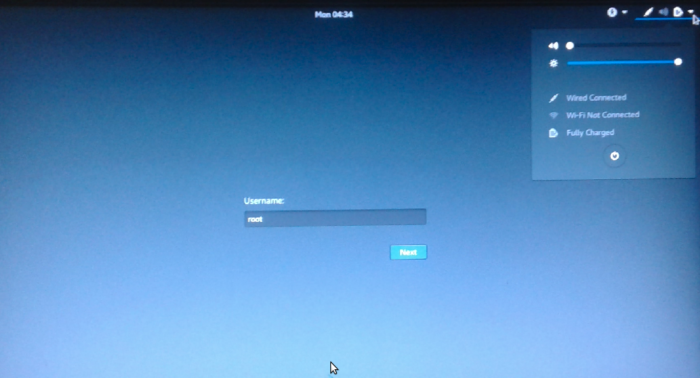 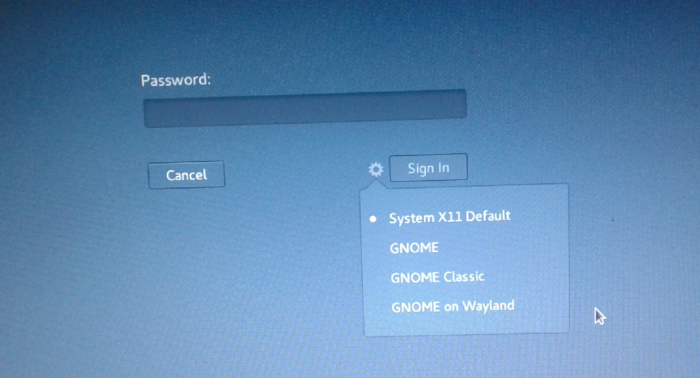 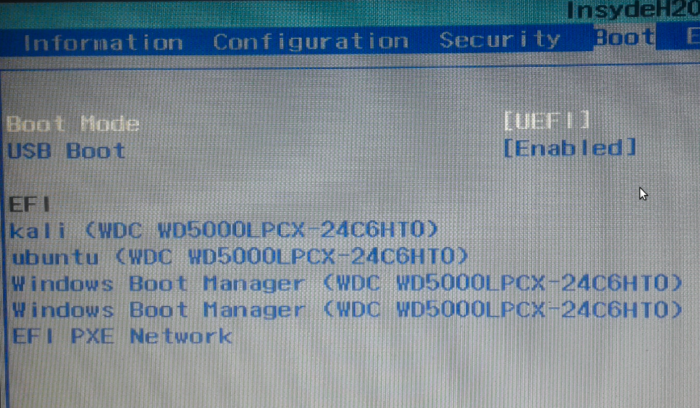 Figure 16: Boot manager options on a computer with UEFI firmware

i have gpt disk partition but i did not find “use as EFI system” What should be the further process to solve the problem ?

i have done install Kali but i want to GRUB directly boot to Kali without chose windows or kali. So what must i do?

After installing linux, it just directly go to windows 10. I disabled secure boot, and how to knows that my kali know the efi partition?

I have a dual boot setup , win 10 and Kali, on my lenovo yoga 900. Previously I could go into the boot menu and select win 10 or kali with no problem. Today I tried and kali has disappeared from the boot list. I checked and secure boot is still disabled and my HDD partitions seem to be intact, just no Kali option in the boot menu. Any ideas? Thanks in Advance
Leon

When you say Kali is no longer in the boot menu, are you referring to the GRUB boot menu?
What about the computer’s boot menu? Try booting from that.

Once you can boot into Kali again, run the following command to reinstall GRUB: update-grub

Thanks for the reply finid,

I am not using GRUB, I am using the computer/bios boot menu. The laptop I use has a massive resolution so the GRUB text is so small I cant read it, and the laptop has a handy button to go straight into the boot menu/bios. it boots into windows when I press the power button but will go into a menu that gives me bios and boot options when I press the other little button, every handy.

I have an ASUS laptop preinstalled with Windows 8.1 and using UEFI firmware. I have a partition with the name EFI System Partition (fomatted with FAT32) but under use as label it says “do not use”. When I view the choices for that field, I have a lot but none is EFI System Partition. What should I do? I read A beginner’s guide to disks and disk partitions in Linux.

same here! any way to solve this issue?

I have disabled the Secure Boot. I don’t see the EFI USB Disk in boot menu. I see Sandisk USB Drive and my kali linux menu is simply “Boot menu”. Rather than EFI boot menu. ?

On the latest distributions, there’s no longer separate EFI and USB versions of the installer, so just select the only one you see – Sandisk USB Drive.

Also Try ctrl+f10 or any other variant specific to your board to access the boot options?

Did You try to change the timeout on boot in msconfig from zero to 30 or greater?

Did you verify that Kali knows about the EFI System Partition? That’s covered on figures 8 and 9 of this article.

Also, did you disable Secure Boot?

I have tried various usb tools to burn kali-linux-kde-2016-W46-amd64.iso and every time it directly boots into windows.Any suggestions?

Are you trying it on Windows or a Linux distribution?