How to install Markpado Markdown editor on Fedora 23 KDE 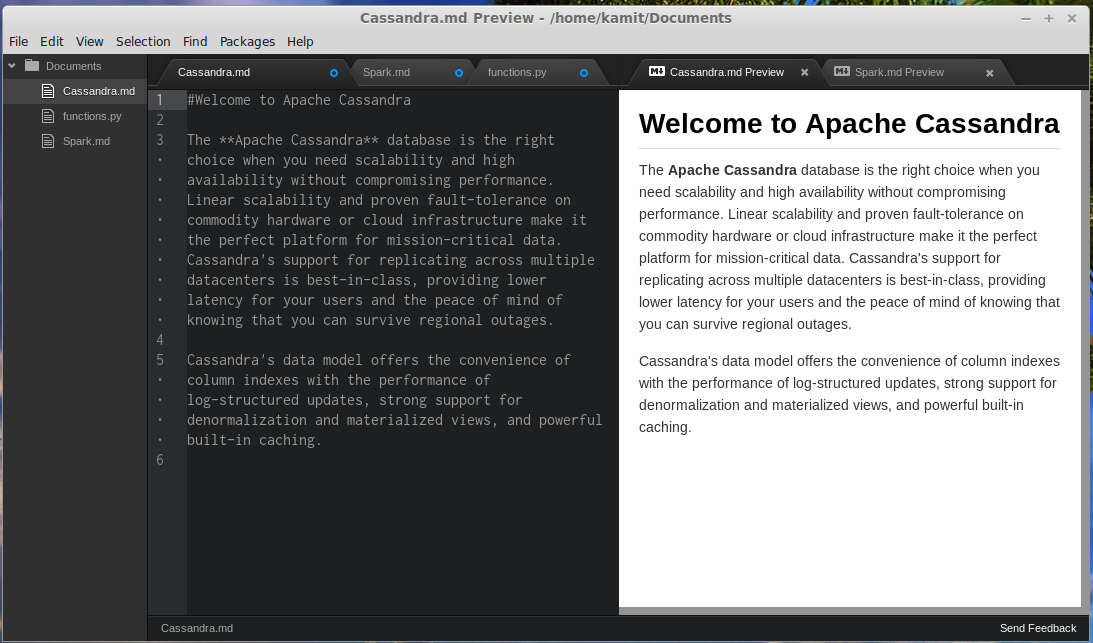 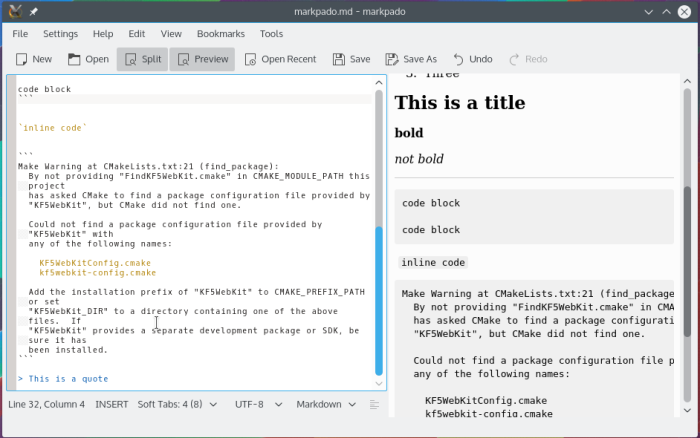 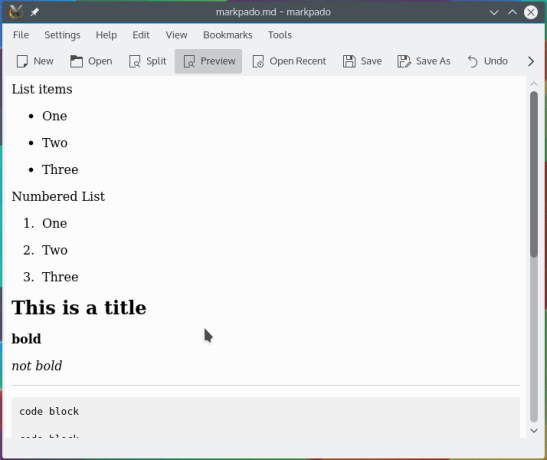 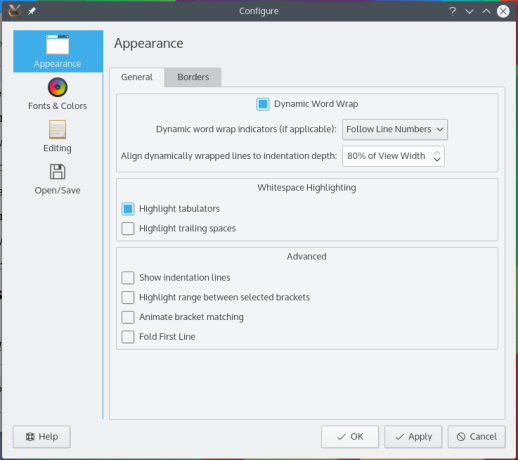 Now, I’ve got an error after managed to overcome the previous compile error.

does not contain a CMakeLists.txt file.

okay, I’ve `touch` the CMakeLists.txt, and now appeared some warning:

“`
CMake Warning (dev) at markpado/CMakeLists.txt:13 (add_executable):
Policy CMP0063 is not set: Honor visibility properties for all target
types. Run “cmake –help-policy CMP0063” for policy details. Use the
cmake_policy command to set the policy and suppress this warning.

Target “markpado” of type “EXECUTABLE” has the following visibility
properties set for CXX:

For compatibility CMake is not honoring them for this target.
This warning is for project developers. Use -Wno-dev to suppress it.

CMake Warning (dev) at marknoto/CMakeLists.txt:20 (add_executable):
Policy CMP0063 is not set: Honor visibility properties for all target
types. Run “cmake –help-policy CMP0063” for policy details. Use the
cmake_policy command to set the policy and suppress this warning.

Target “marknoto” of type “EXECUTABLE” has the following visibility
properties set for CXX:

For compatibility CMake is not honoring them for this target.
This warning is for project developers. Use -Wno-dev to suppress it.
“`
Sorry, as I’m newbie in Fedora

Delete the marketo folder and start from scratch.

If you’re installing over the last error, you need to start from scratch, or delete /tmp/marketo/CMakeLists.txt file and try again.

Okay. Thank you for your help. compile succeeded

Here is a Install Guide for Ubuntu and Arch user:
https://github.com/sadhen/marketo/wiki/Install-Guide

For this case, you need to:
“` bash
cd /path/to/marketo
git submodule init
git submodule update
“`
Then you will get the complete code for Marketo.

Thanks. I’ll update the article.

hiiii
I’m new to fedora. I’m trying to install the markdown editor.
but after cloning marketo.git when i run the following command

system raises the error
CMake Error at CMakeLists.txt:7 (find_package):
Could not find a package configuration file provided by “ECM” (requested
version 1.7.0) with any of the following names:

Add the installation prefix of “ECM” to CMAKE_PREFIX_PATH or set “ECM_DIR”
to a directory containing one of the above files. If “ECM” provides a
separate development package or SDK, be sure it has been installed.

How can i resolve this issue.
hopeful for your reply

As far as I know, you need to install (what is `extra-cmake-modules` in Ubuntu) in Fedora.

you need to run this command `dnf install extra-cmake-modules`

To second @Darcy Shen, you need to have ECM installed already, which I thought I showed how to install in this article, but apparently left it out.

Hi, finid:
I’ve committed lots of code since you published this article.

You may update the article according to the latest code.