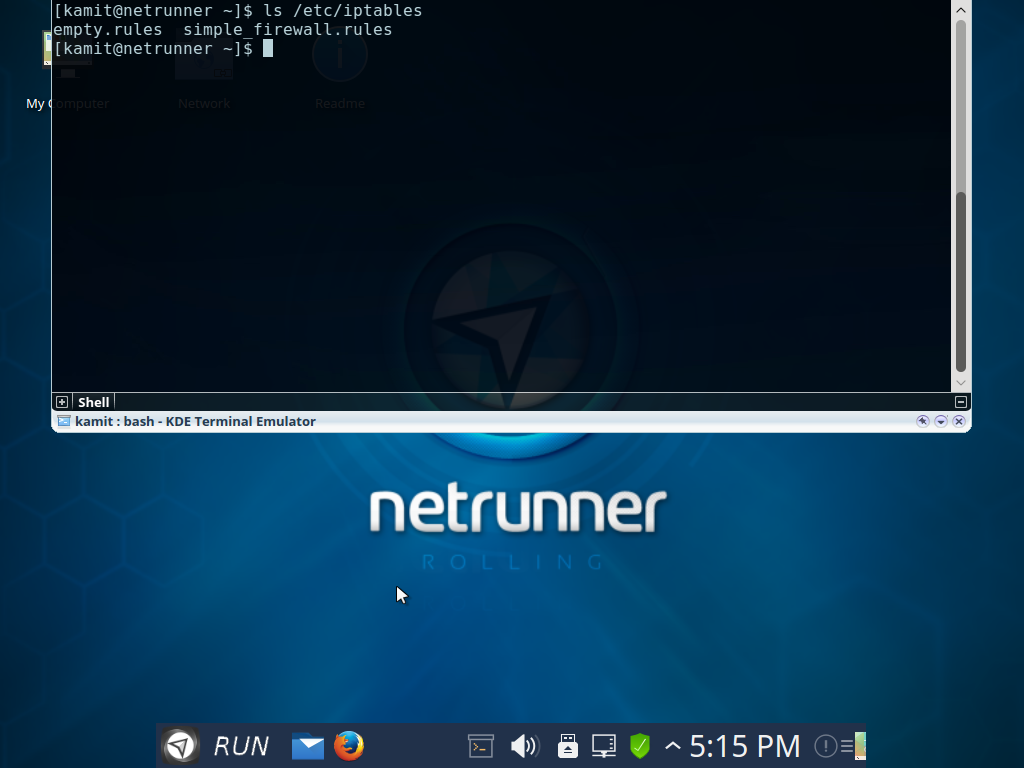 In this article, you’ll see screenshots from a test installation of Netrunner Rolling 2015.11 on real hardware.

Related Post:  What better way to ring in 2016 than with Deepin 15 on your desktop?

You see, it does come with a recent KDE Framework 5.

And a selection of popular Internet applications.

Plus a good selection of games, one of the few Linux desktop distributions that ship with games in the default installation.

It’s pre-configured to use the Yakuake terminal emulator.

Not sure if this is how it is on other KDE desktops, but by right-clicking the distribution’s menu icon, you can choose from five different menu styles.

Or the Application Dashboard, a fullscreen application launcher.

Muon Discover is one of the installed graphical package managers.

Octopi is the other.

Unlike Fedora 23, Netrunner Rolling 2015.11 ships with a decent selection of wallpapers. If you’re using Fedora 23, you might be interested in reading How to install extra wallpapers on Fedora 23.

This last screenshot is of the desktop showing an alternate wallpapers. Installation images for Netrunner Rolling 2015.11 are available from here. If you intend to download and install it, be aware that I could not get it to load in a virtual environment – VirtualBox or VMware Player. Even on real hardware, getting it to boot into the Live desktop was tricky, but persistence paid off.