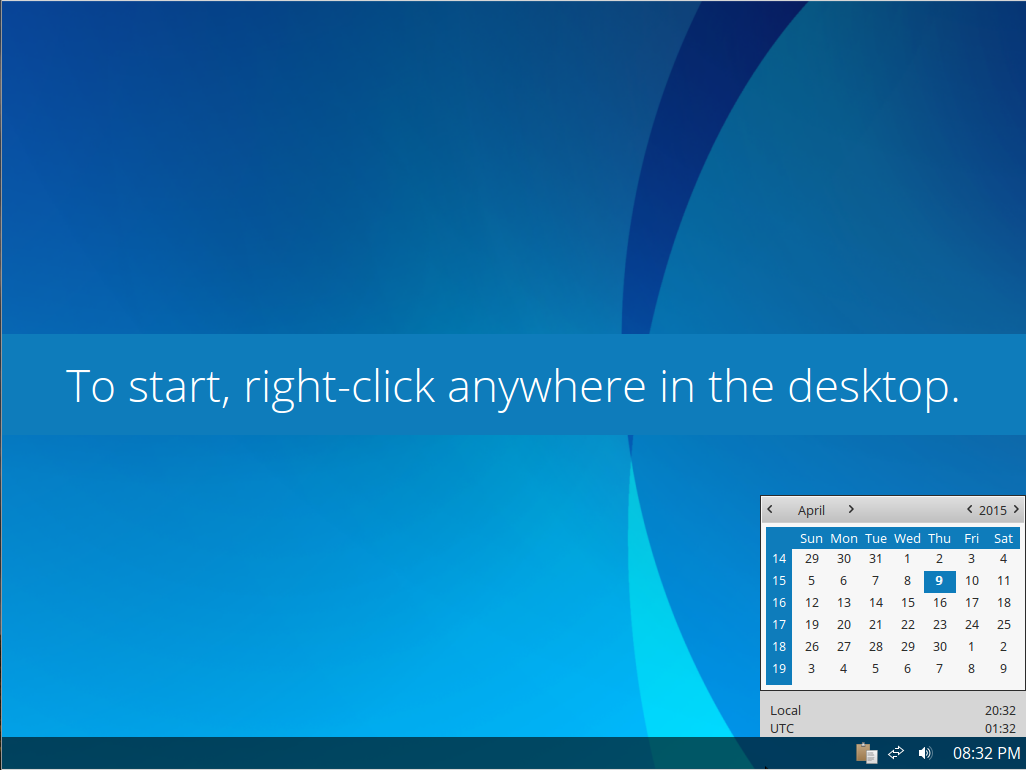 This is a review of the latest edition of Semplice, a desktop distribution based on the unstable branch of Debian.

Before this review, Semplice 5 was the previous edition last reviewed on this website. See Semplice 5 review – High Hopes.

If you’ve never used Semplice, this cursory review will provide enough information about the distribution to bring you up to date on what to expect from it. 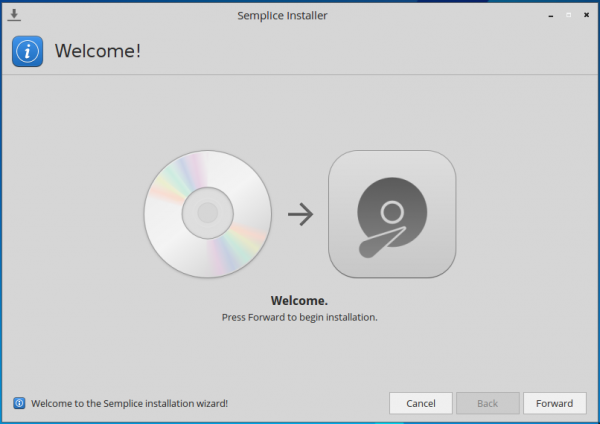 Figure 1: First step in the installation process of Semplice 7

This distribution’s custom graphical installer, like that of thers like it, has automated and manual disk partitioning options. However, the automated option does not have support for disk encryption and the Linux Logical Volume Manager (LVM). Only by using the manual option will you be able to encrypt the target disk and/or configure LVM. 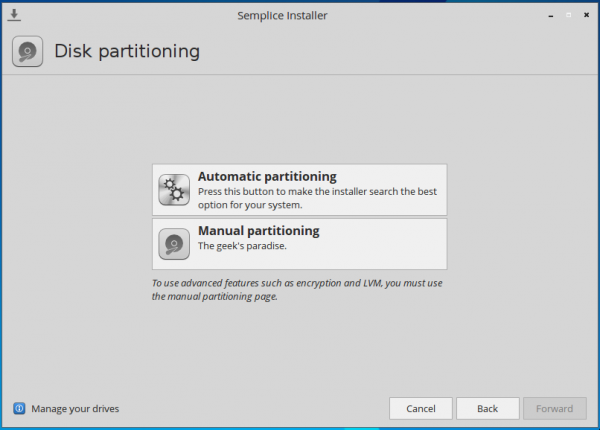 Figure 2: Manual and automatic disk partitioning options of the graphical installer on Semplice 7.

It gives you the option to set up a user account system that uses sudo or the traditional UNIX root account. The default is to use sudo. 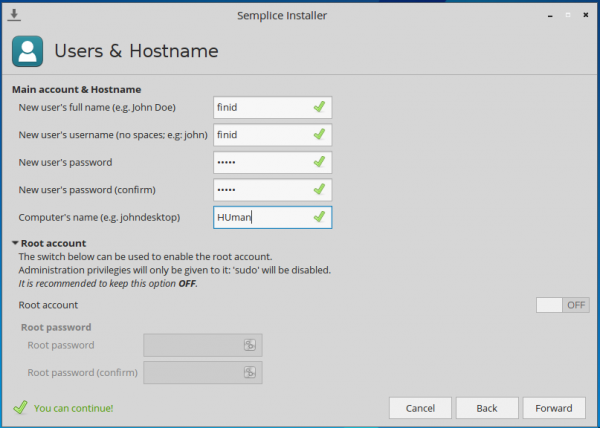 Figure 3: User account setup step during the installation of Semplice 7.

Figure 4: Manual partitioning tool of the graphical installer on Semplice 7.

And this one shows the manual partition editor. 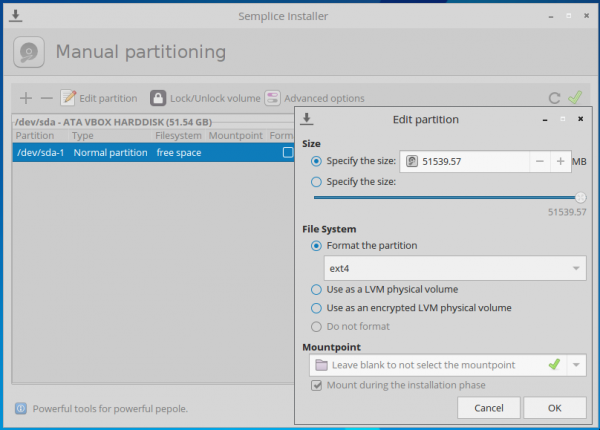 There’s a facility to enable/disable certain fetures of the system during installation. 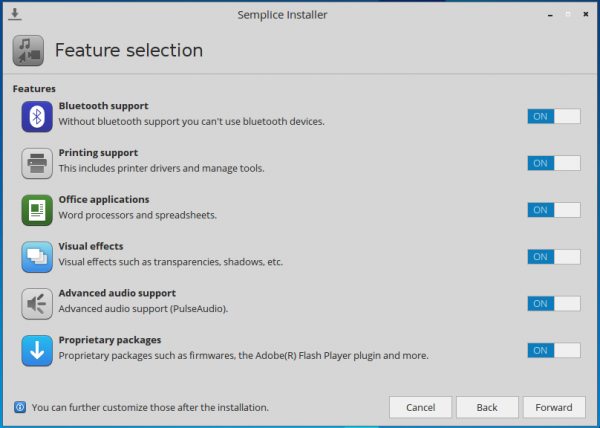 Figure 6: Extra features that may be enabled/disabled from the graphical installer on Semplice 7.

And a smiley face to greet you at the end of a successful installation. One last point about this installer: I did not attempt an installation on a computer with UEFI firmware, so I don’t know how or whether it can handle such systems. 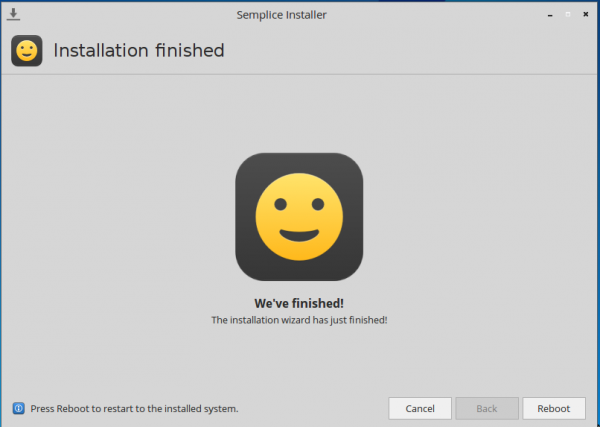 Figure 7: A smiley face signals the end of the installation process on Semplice 7.

The Desktop: The desktop environment that comes with Semplce 7 is a custom one that’s called Vera, a plugin-based, GTK+3 Desktop Environment. In Vera, Openbox is a plugin. The login screen is shown in Figure 8. 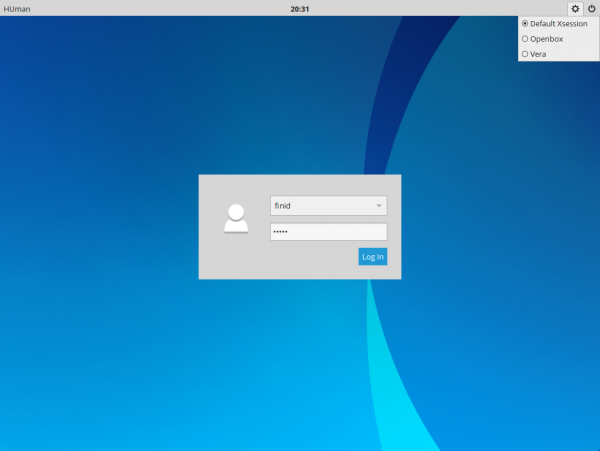 And this, shows the default desktop. By default, there’s a panel at the bottom, with the usual icons in the systray but no menu icon. You’d think from the message on the desktop that you wouldn’t be able to do anything until you’ve right-clicked on the desktop, but you’d be wrong. 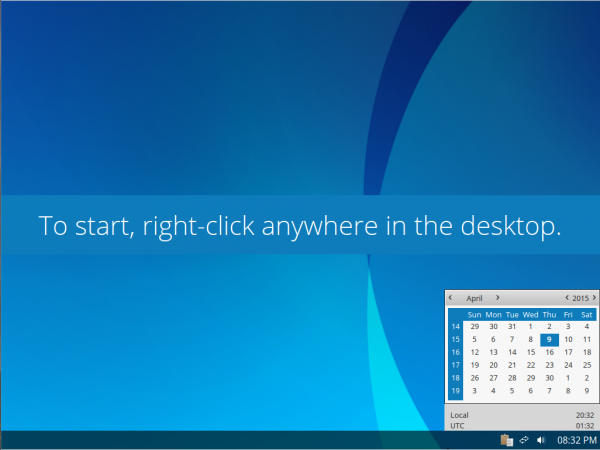 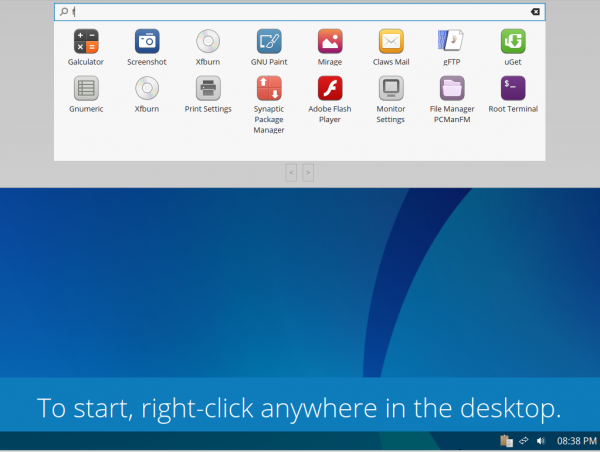 And if you do right-click on the desktop, you’ll get the menu. 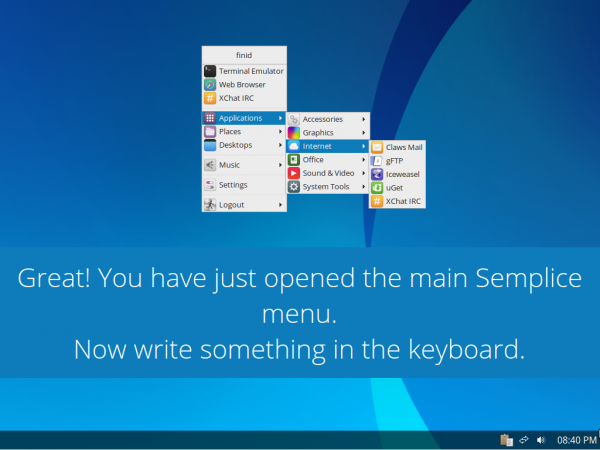 By default, there are no application launchers on the panel, but you can add icons for your favorite applications using the Panel module of the system’s control center (see Figure 13). I think a better option would be to have a default set of the most popular applications on the panel, like you’ll find on other desktop environments. 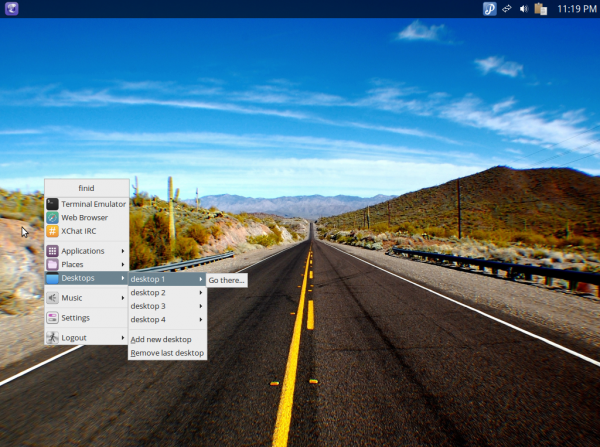 Figure 12: Semplice 7 desktop with the panel on top

…In Semplice 7 you can find a brand new Control Center, a new desktop launcher, a new power manager, a new screenshot applet, a new music player (pragha), a new music control menu extension that supports every MPRIS2-based music player (yes, you can control Spotify with it), a new artwork and many other (new :P) things.

And the best thing? You change the wallpaper and the System adapts the theme color to it. It’s truly amazing!

You can tell that the developers are really excited about the Control Center. And about that wallpaper, it also comes with a slideshow capability. Figure 13 shows a screenshot of the control center. A total of 13 modules have been implemented, but I couldn’t find one that controled the settings for the login screen. 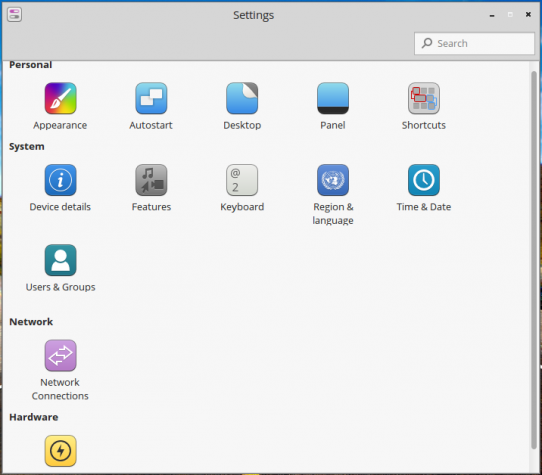 For managing applications on the system, Synaptic is the installed graphical package manager. It’s an old application, but it still works. 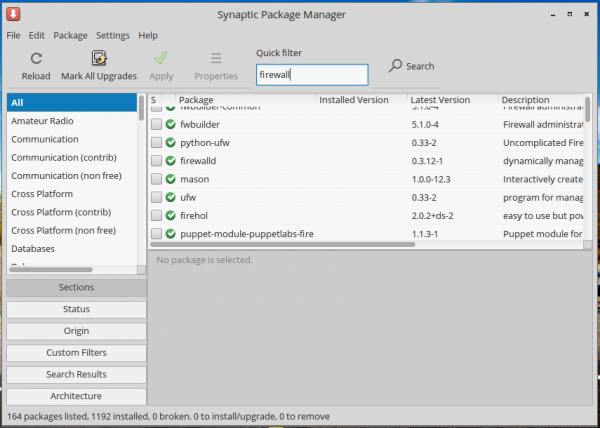 From a security perspective, Semplice 7 does not offer very much by default. There’s no firewall, even though FirewallD and UFW are in the repository. AppArmor, Tomoyo and SELinux applications are also in the repository, but none is installed. So Semplice 7 is one of those distributions that give you a very minimal system that you have to customize yourself, down the creating folders in your home directory that most other distributions offer by default. 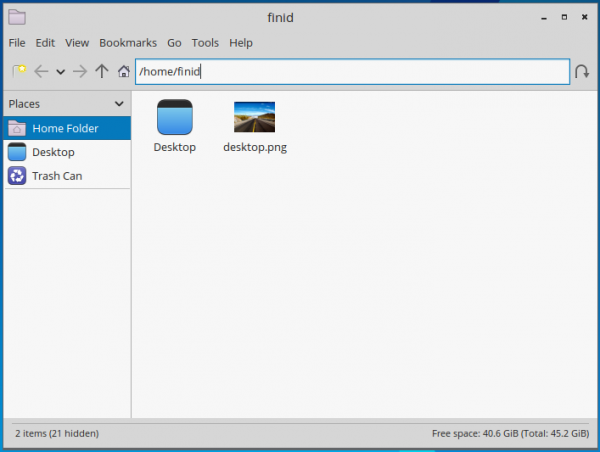 Resources To download ISO installation images of Semplice 7 visit the project’s download page at semplice-linux.org/download. You may also read the Release Notes.

I had no problems with it. I like the app launcher that you just click on an open space and start typing and apps show up on the screen.. that’s mighty fancy. Wish there was a distro based on manjaro with this desktop

I found major problems with this distro. Installer wouldn’t format partitions and installation took 2 hours.Right click menu will not load and you get a static menu instead.Wallpaper changer/scripts won’t work.

I did not experience any of those issue. Installation certainly didn’t take 2 hours and the partitioner worked.