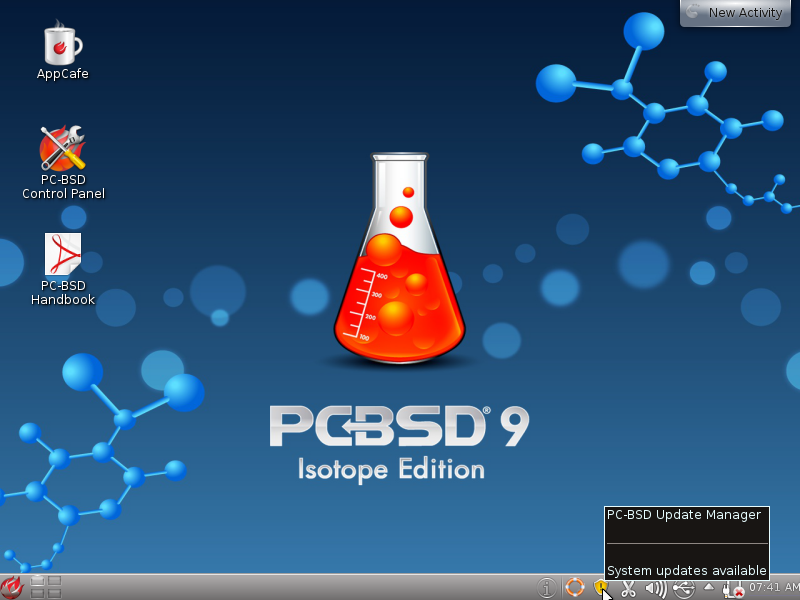 If you’re new to FreeBSD and PC-BSD, you might not yet be aware of all their package manager’s many commands. Nobody expects you to, at least not initially.

Pkg is that package manager and one of the its many commands I think you should get to know asap is the audit command. It’s used to audit installed packages against known vulnerabilities. I could be wrong, but I don’t think your favorite Linux distribution’s package manager has an equivalent command.

The command is very simple. Just pass the -F flag to pkg audit and it will output installed packages with outstanding vulnerabilities. By running pkg audit -F on a fresh installation of PC-BSD 10.1 KDE, for example, it reported the following vulnerable packages.

For each vulnerable package, it points you to a Web resources for more information. Visiting the link for libssh-0.6.1_1 vulnerability, gave the following information:

Aris Adamantiadis reported the following to us:

I have found a vulnerability in stunnel (fork mode) and libssh server (if implemented with fork) that is similar to problems found in postgresql [1]. When accepting a new connection, the server forks and the child process handles the request. The RAND_bytes() function of openssl doesn’t reset its state after the fork, but simply adds the current process id (getpid) to the PRNG state, which is not guaranteed to be unique.

stunnel uses libssl, which also seeds the PRNG with the output of time(NULL), which means that vulnerability has to be exploited under a second. I have exploit code that can reproduce the issue on OpenBSD 5.4 (thanks to random PIDs) but I think it may be exploitable on other unix systems as well.

The following CVEs have been assigned:

Mitigations implemented into openssl-0.9.8j (2009) makes the vulnerability not exploitable in stock openssl. The signing code for ECDSA and DSA explicitly seeds the pool with the digest to sign.

Even if your technical understanding of the vulnerability is nothing to rave about, at least you’re informed. The same command run on a new installation of PC-BSD 10.1.1 Cinnamon returned this output:

Again, you’re given links for each vulnerability. If you run a FreeBSD Cloud server, that is one command you want to be running often. For the record, I ran it on my FreeBSD 10.1 DigitalOcean server and it reported zero vulnerable packages. I can rest easy, until the next audit.

Related Post:  How to install PC-BSD on an encrypted ZFS file system