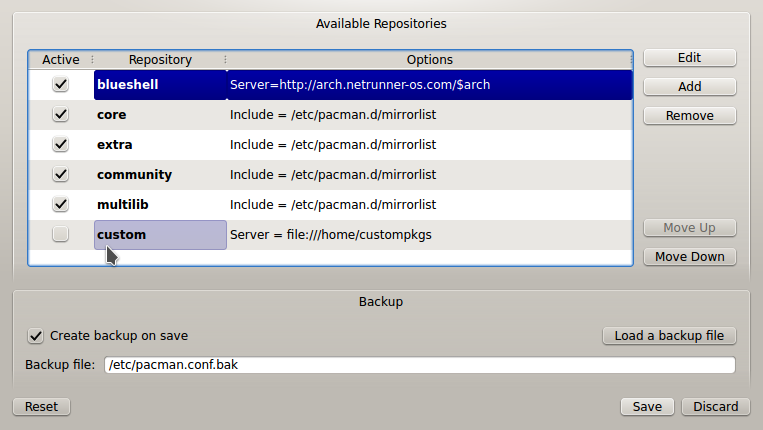 Ok, that’s just about it for the features of the manual partitioning tool. The next two screenshot shows what happened when I tried to install Netrunner Rolling 2014.09.1 on real hardware. The computer is an all-in-one system with a 320 GB hard drive. I had two Linux distributions installed in dual-boot mode on the hard drive, but the computer is my crash-and-burn system, so I didn’t have to keep whatever data was on it.

Everything I’ve written so far about the computer should tell you that it has existing partitions on it. However, when I started the installer and navigated to the manual partitioning tool, it failed to detect any partitions on the hard drive. In other words, it detected it as a brand new drive. I wasn’t about to create new partitions manually, so I tried the default automatic partitioning option. 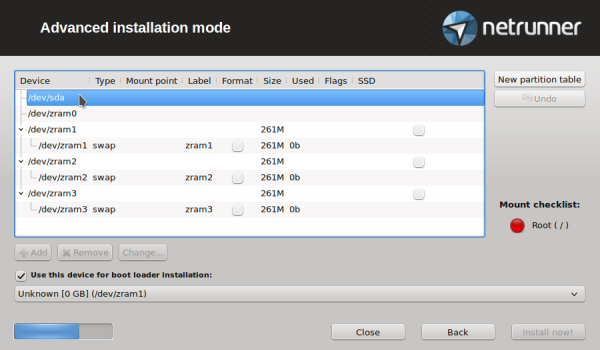 For my efforts, all I got was this error message. If you’ve not being keeping count, this was the fourth, failed installation attempt; three in a virtual environment and this one on real hardware. I could have given up at this point, but I’m a very patient guy. One more try, on a different computer.

The second computer is another crash-and-burn system, but a lot more powerful. It’s one I built using an Intel Core i3 processor. Maybe that will do the trick. And it did. The first installation attempt on the computer was successful. I didn’t do anything special, just used the default disk partitioning scheme. This screenshot if of the installer’s manual partition tool. The target disk had partitions from prior installations of Fedora Rawhide KDE and GNOME 3 on it and the tool was able to detect all of them. Don’t know why, but all I know is I have a fresh installation of Netrunner Rolling 2014.09.1 running. That’s what you get for refusing to quit. 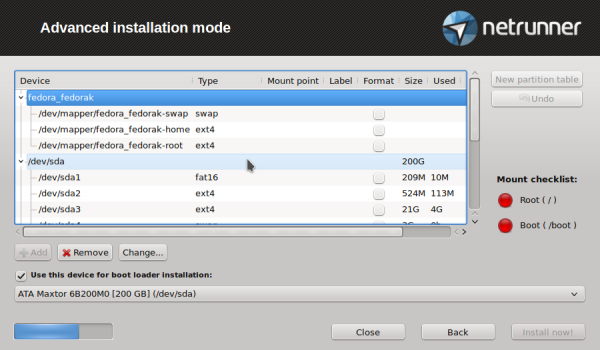 Now, what does the desktop look like? It’s actually a beautiful KDE desktop, with KDE 4.14. This screenshot shows the default view with the default menu, the non-fullscreen version of Homerun. It’s actually called Homerun Kicker. 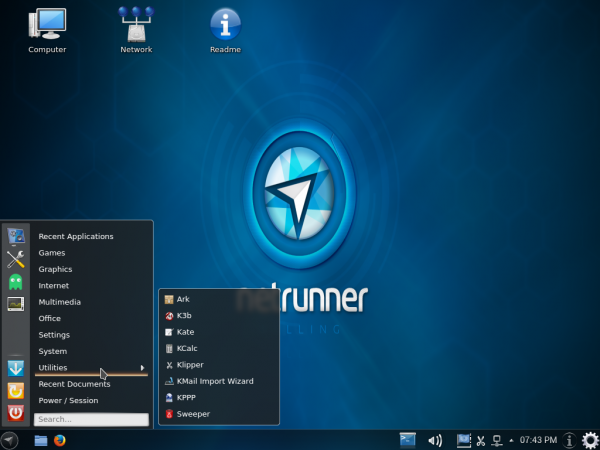 Click on any image in this gallery to view the other aspects of the Netrunner Rolling 2014.09.1 desktop

Partial view of installed applications on Netrunner Rolling 2014.09.1 as seen from the fullscreen version of the Homerun menu

The system comes loaded with the right kind of applications that most users will need to get stuff done, including, for gamers, a Steam client and several KDE games. And to help manage those applications and install any extras that need to be installed, it comes with Octopi, a graphical package manager that’s not flashy, but works. This screenshot shows its main interface. 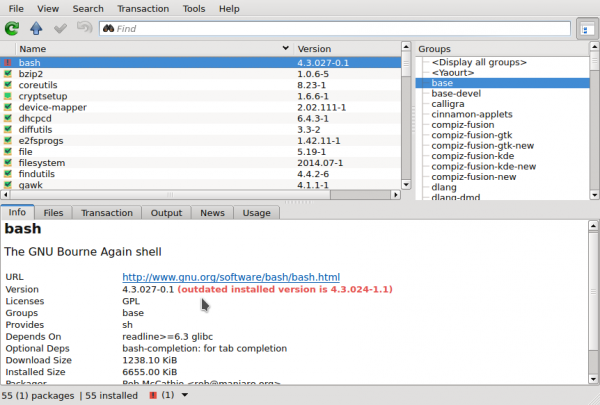 All the necessary repos (that short for repositories) are enabled out of the box, so you have access to both free and non-free applications. 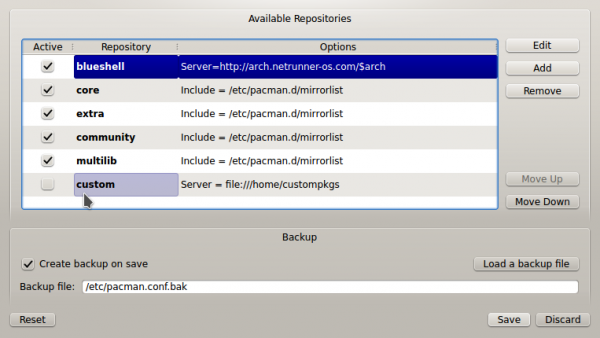 The problem with Netrunner Rolling is that certain configurations, which should have been enabled out of the box, are not. For example, the firewall application is not enabled. Same goes for mounting of removable media. Other than that, the system just works. 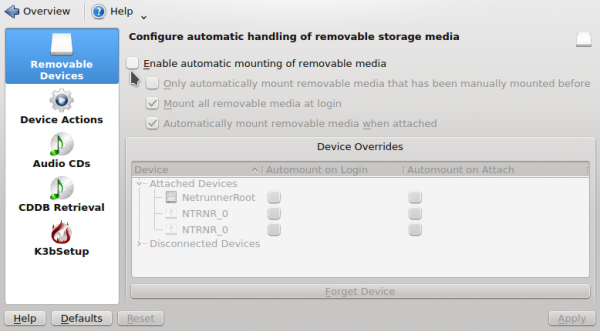 If you can manage to install Netrunner Rolling 2014.09.1 without going through the issues that I wrote about in this article, I think you will find that it’s one of the better desktop distributions available. The good thing is that because it’s a rolling distribution, once it’s installed, you never need to reinstall to upgrade to a new release. That happens just by applying updates as they become available.