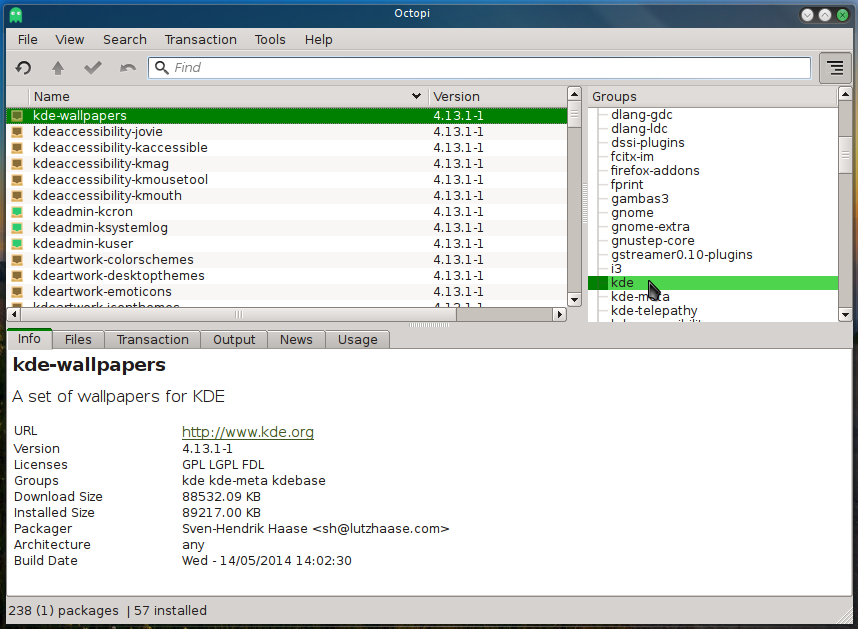 Manjaro KDE is the KDE edition of Manjaro Linux, a desktop distribution based on Arch Linux. Manjaro 0.8.10 KDE is the latest edition, released at the same time as the Xfce and Openbox editions.

Manjaro is one of a handful of desktop distributions based on Arch Linux that are attempting to put a more user-friendly interface on the power of Arch Linux. The others are Antergos and Kademar.

This post shows some screenshots from a test installation of the KDE edition of Manjaro 0.8.10.

At first boot, you are hit with two application windows, one atop the other. The one in the foreground is just a greeter, or welcome, application. 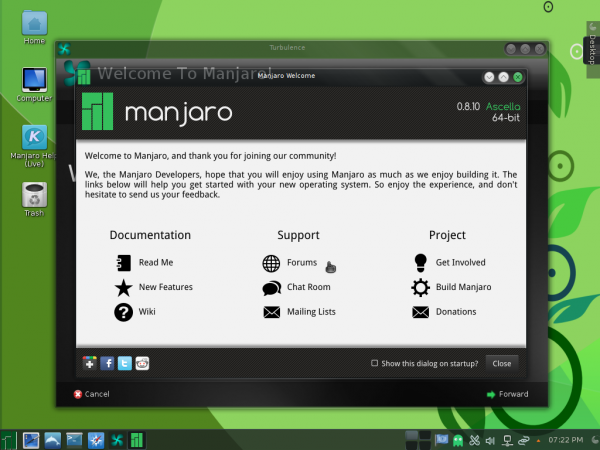 Turbulence is the name of the one in the background. It is a feeble attempt to bring the features of Kapudan or Kaptan to Manjaro. It will only let you change the desktop background and choose what folders to create in your home directory. 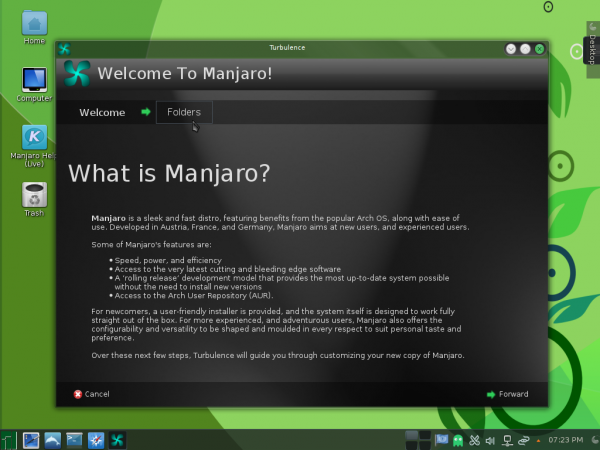 I found the default wallpaper to be a tad too bright. 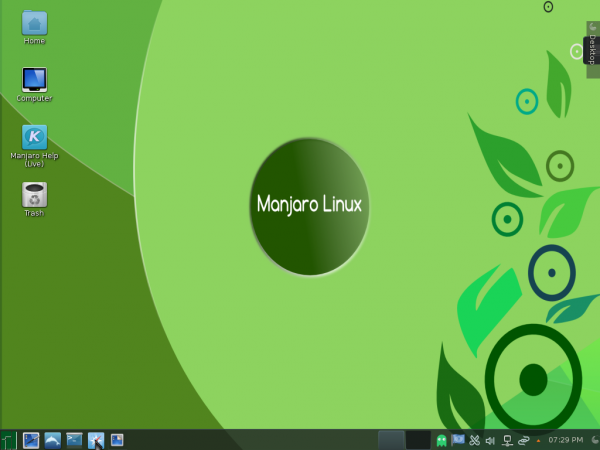 So I chose something better. 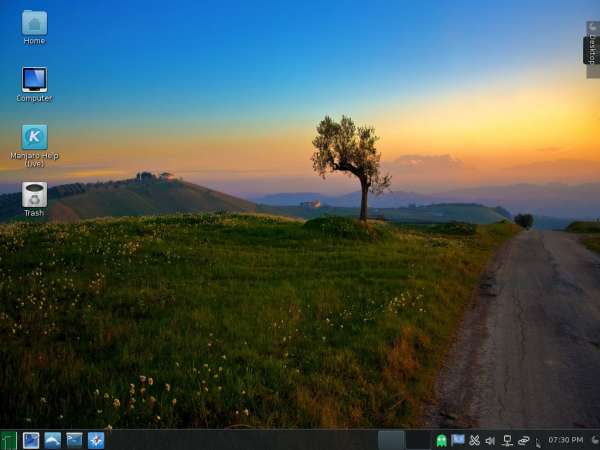 Homerun Kicker, a non-fulscreen version of Homerun Launcher, is the default menu style. 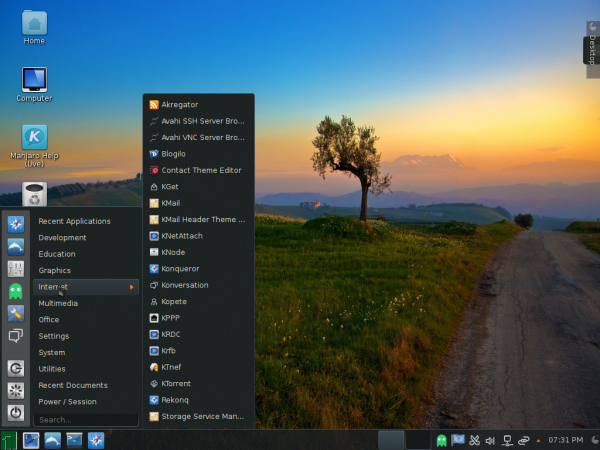 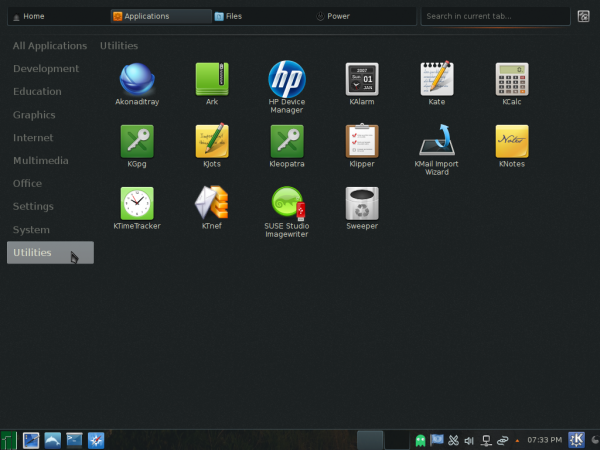 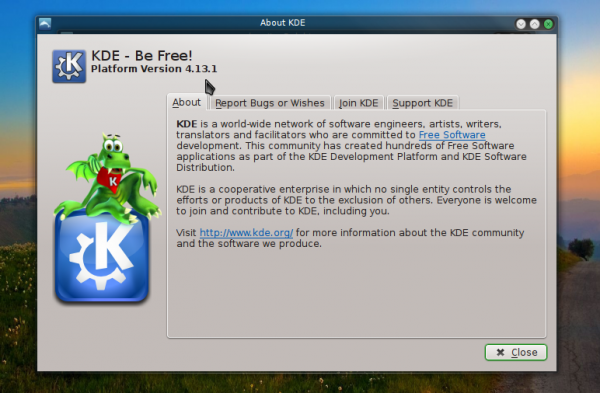 And the best file manager in the business. 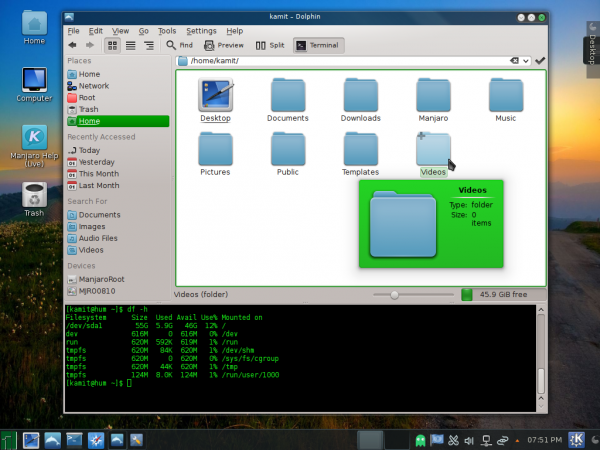 There is an application called Storage Manager. It’s used for setting up Cloud storage services on the desktop. Dropbox, Box, YouSendIt. GoogleDrive and any WebDav-capable service are supported. 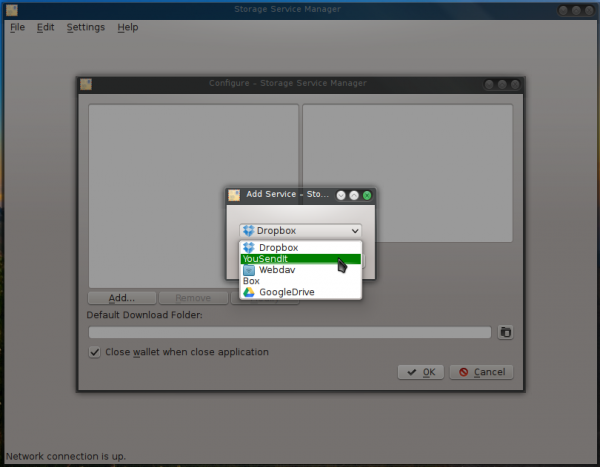 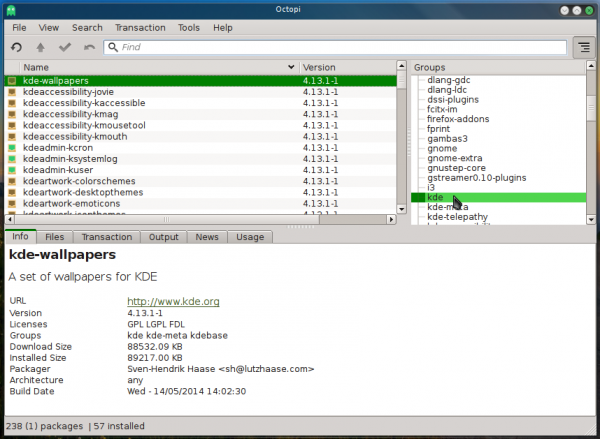 The next screenshots are of the KDE Plasma Netbook interface. I don’t think anybody still cares about it, given that netbooks are no longer in fashion. This screenshot shows the main interface. 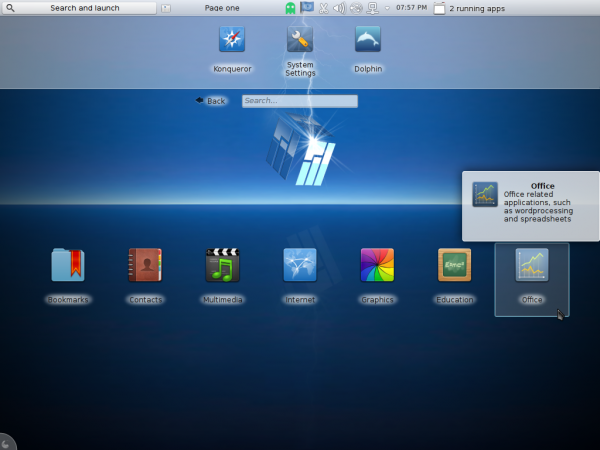 Installed multimedia applications as seen from the Plasma Netbook interface. 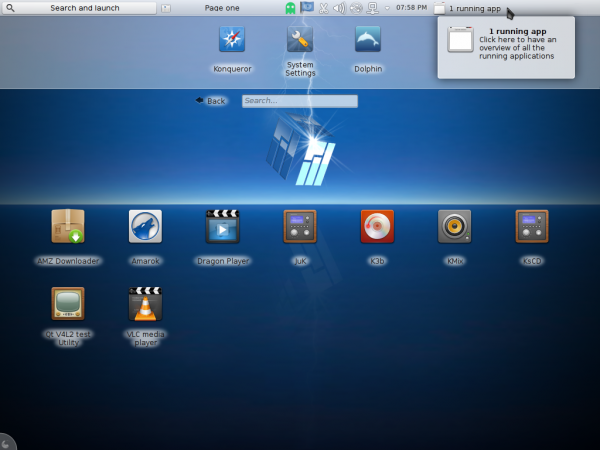 Care to take Manjaro 0.8.10 KDE for a spn on your computer? Download an installation image from get-manjaro. Upcoming articles on Manjaro 0.8.10 will feature a review, a disk partitioning guide, and a dual-booting guide, with Windows 7 and Windows 8. Check back often.