One other aspect of the GNOME 3.12 desktop that I could not get to respond on demand, is the notification area. Access to it is supposed to be triggered if the cursor hits the bottom-right corner of the desktop. But I could never get it to open on the first, second or third attempts, whether on the test installation on real hardware or in a virtual environment. I just had to keep trying until it opens.

If you don’t like the default GNOME Shell and don’t have the time to customize it to your liking, you could always log in to GNOME Classic. It is supposed to offer the look and feel of the GNOME 2/MATE desktop. On the surface, that’s what it is, but it’s actually GNOME 3 customized with a few extensions. And I like it – a lot. This screenshot is that of the GNOME Classic desktop showing the Places menu. 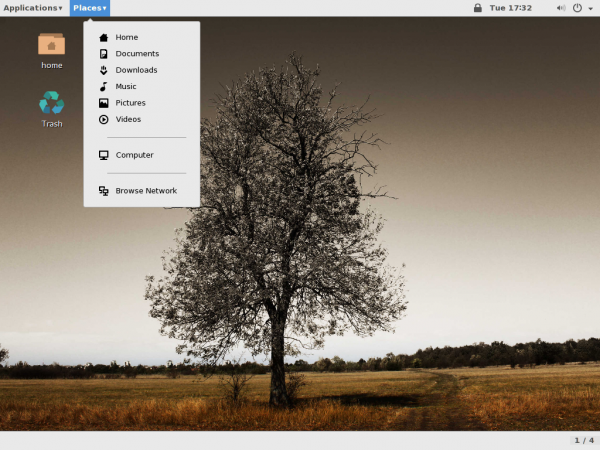 And this, shows the desktop menu. With GNOME Classic as good as it is, I honestly don’t see a need for GNOME 2 or even MATE. But that’s just me. MATE has its fans. 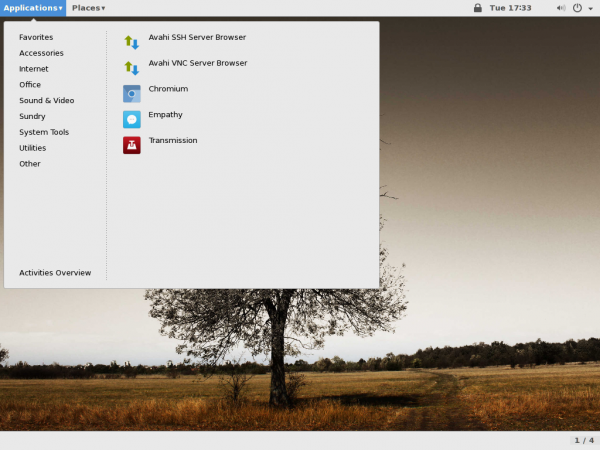 The Activities view of the GNOME Classic desktop. This is actually no different from the same view in GNOME Shell. The only difference here, is that there are four static workspaces out of the box, just as in the old GNOME 2 desktop. 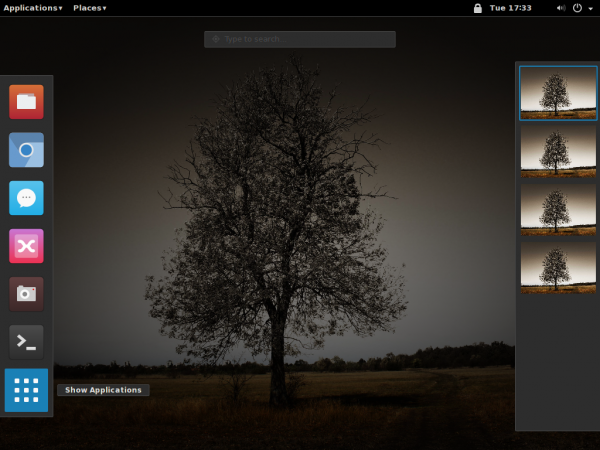 A final screenshot of the GNOME Classic desktop showing the session profile, which is just the same as the one on the default GNOME 3 desktop. 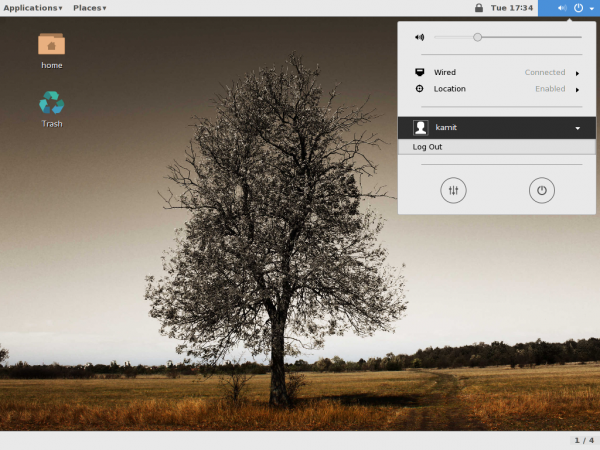 I love the integrated apps that are being built for the GNOME 3 desktop. In this section, I share my thoughts on a couple of them. However, as much as I like the concept of building integrated apps for the desktop, an aspect that I don’t like, is having the menu for those applications in the topbar, instead of on each application window’s titlebar. It means having to move the cursor to the top edge of the desktop just to access the menu of an application whose window might be right in the center of the desktop. It doesn’t make sense. It is not cool! That’s how it used to be on the Unity desktop until very recently.

In Ubuntu 14.04, you could now set app menus to display in the topbar or on the titlebar of the application windows. It would be nice to have that option for GNOME 3. If it’s already be implemented, great. Otherwise, we really do need it. 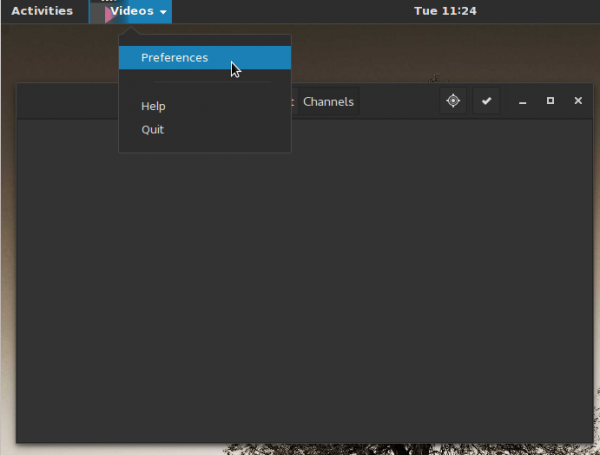 One of my favorite GNOME 3 apps is Boxes (GNOME Boxes). It is a virtualization app that makes it relatively easy to run local and remote guest operating systems on your GNOME 3 desktop, provided that the computer can support it. This screenshot was taken when I was trying to set up a guest OS of ROSA Desktop Fresh R3. 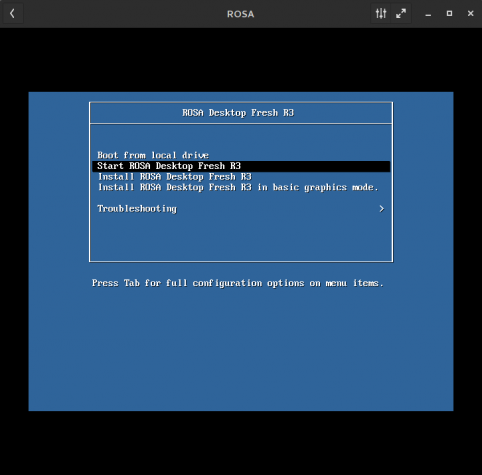 This one shows the connection information used to access the Guest OS. The spice in the URI is a reference to the SPICE protocol from the Spice Project.

And this is the Live ROSA Desktop Fresh R3 running on a GNOME 3.12 desktop courtesy of GNOME Boxes. For a local Guest OS, it’s very easy to set up. Setting up a remote Guest OS involves a few extra steps that must be configured on the remote desktop. 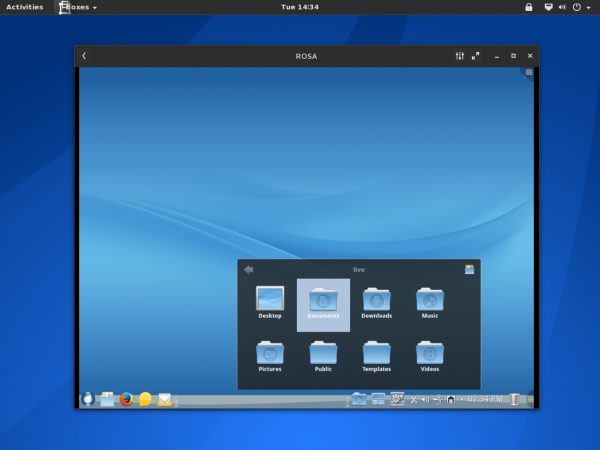 After setting up the Guest OS, I found that I could not use the mouse inside it. And that was because it was disabled by default. To enable access to host USB devices from the guest OS, I needed to turn on Redirect new USB devices, then do the same for the specific USB device, In this example, it was a Logitech optical mouse.

Point-and-click easy to do. But there was a problem, after the Logitech USB-PS/2 Optical Mouse option was enabled: It became unresponsive. It just froze. Even after shutting down the Guest OS, the mouse was still unresponsive. Only a reboot of the host computer brought things back to normal. So Boxes is a cool application. It just has a major bug.

The other application that is also very cool, is GNOME Maps. I very much like the idea of an integrated map application on the desktop. 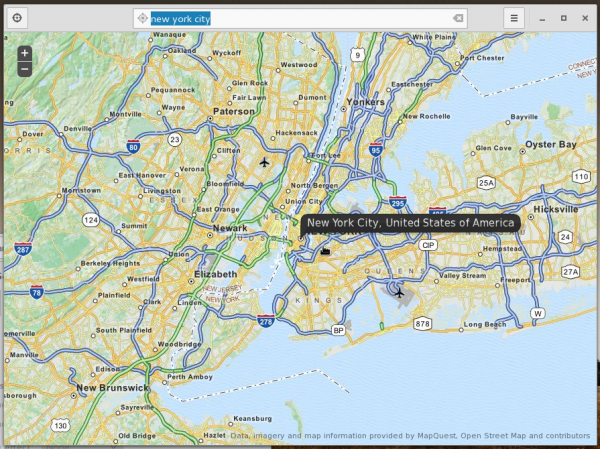 Unfortunately, it’s still in the early stages of development. Even many of the features listed in its Roadmap under version 3.12 are missing. I’m looking forward to a time when it will be possible to get driving/walking directions using the integrated map. 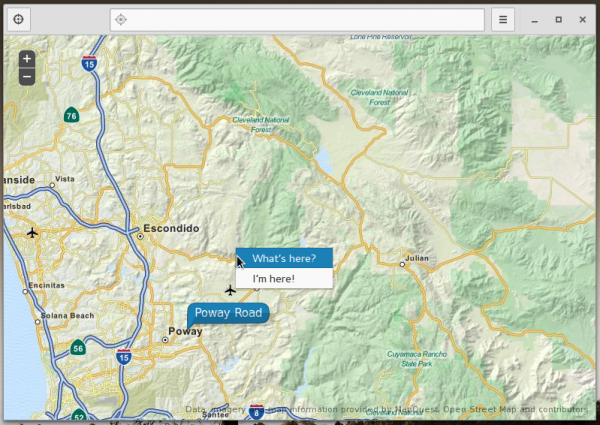 I made a reference of the location feature being enabled by default, and I thought it was because of the Maps app. However, even with location disabled, map functionality was not affected in any way. In a follow-up article, I’ll show how to do a few cool things on a GNOME 3.12 desktop. 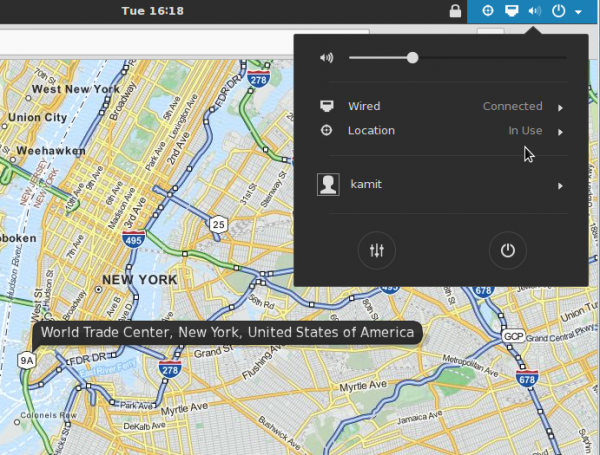 Antergos’ GNOME looks to be quite a long way from stock. You might want to test with a Fedora Rawhide nightly instead; that’s a lot closer to stock GNOME.

Particularly, Antergos’ GDM (login screen) layout is nothing at all like a stock GDM.

The notifications appear if you mouse quite ‘hard’ against the bottom of the screen – not by ‘touching’ bottom right (any more). This was changed several releases back.

Thanks. I have an installation of Rawhide in VirtualBox, so I’ll take a look at it before writing about a stock GNOME 3 again.

Regarding the notifications, I was essentially headbutting it with the cursor. And I always lose count of how many times I do that before it opens. The other Hot Corner (top-left) is more responsive.

The ‘pressure sensitive’ thing applies only to the notification area as it’s a whole screen edge, IIRC, not the ‘hot corner’ for the overview – that triggers no matter how lightly you hit it. I wonder if there’s some kind of bug in gnome or the input drivers or between the two, for you? Be interesting to know if it happens in Rawhide.