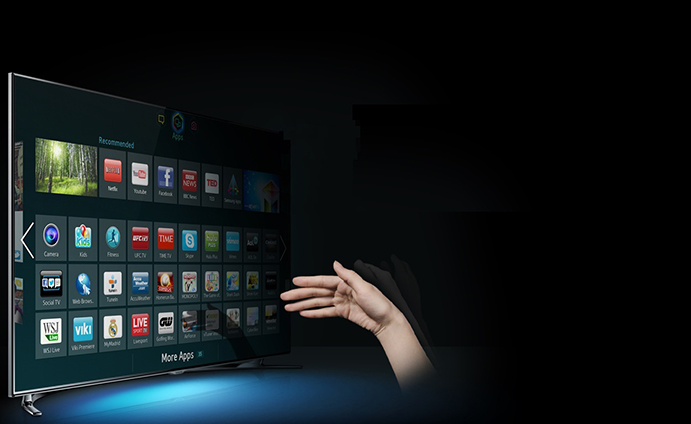 The Samsung Z, which will go on sale sometime in Q3 this year, will be the first commercial smartphone that will be powered by Tizen OS, an open-source mobile operating system whose development is sponsored by several industry heavyweights, including Samsung, LG, Intel and NTT Docomo.

It will come in gold and black and feature a 4.8-inch HD Super AMOLED display. Behind that phablet-sized display will be a 2.3 GHz Quad-core application processor. For storage, it will come with 16 GB and be upgradeable, via a microSD slot, to 64 GB. Its internal memory will top out at 2 GB. Other features include a fingerprint sensor, NFC, IR Remote, LTE and Wi-Fi connectivity, 8MP (rear) and 2.1MP (front) cameras.

According to the official release announcement:

The Samsung Z will be available in Q3 in Russia and is planned to expand to other markets. Users will be offered to access additional applications through the Tizen Store at the launch of the Samsung Z. In order to celebrate the launch the world’s first Tizen smartphone and to encourage more developers to join, the Tizen Store will provide a special promotional program to all developers for one year. Furthermore, Samsung plans to host a Tizen local app challenges in Russia and CIS countries to enrich the Tizen eco-system at the launch of the device. 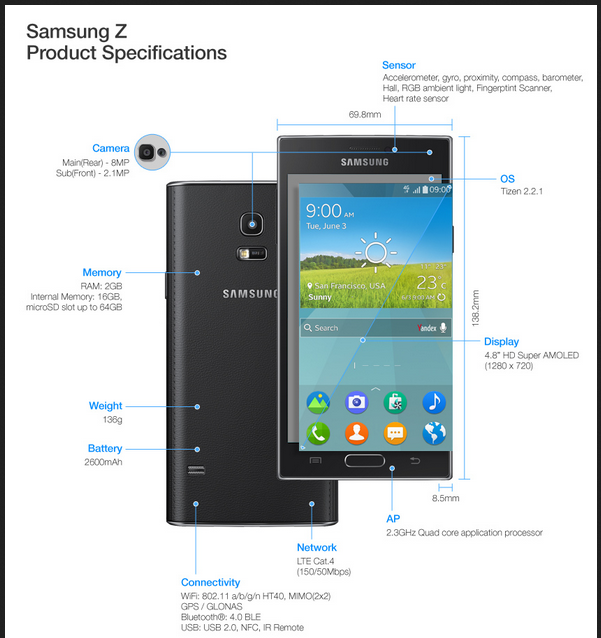 Features of the Samsung Z smartphone powered by Tizen OS

The Samsung Tizen OS TV SDK is said to be the “world’s first TV SDK based on an open platform.” A beta version will be available for download in July (2014). According to the official release announcement, the Tizen OS TV SDK:

marks the industry’s first attempt at significantly improving the development ecosystem by offering new technologies such as an interface for virtual TV apps development. Developers can now virtually see all necessary TV functions without a physical TV. Developers can also remotely modify code on their PCs with the new debugging feature, whereas in the past they had to connect directly to the TV’s software to correct application errors.

With increasingly sophisticated animation effects and designs, the Tizen-based Samsung TV SDK Beta also features various scenarios including Smart Interaction, allowing users to control their TVs with simple hand gestures and voice commands; and multi-screen, which can be used to link a TV with various devices including mobile and wearable gadgets. 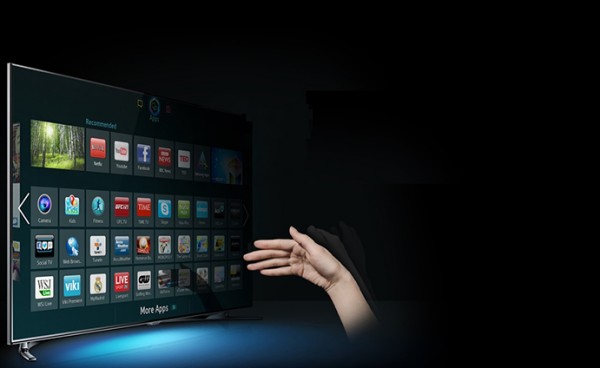 All I’m looking for, is a mobile operating system that I can download and install on any mobile device, just like I now do with desktop Linux distribution. I thought webOS was going to fill that niche, but it didn’t. Maybe Tizen will take its place.