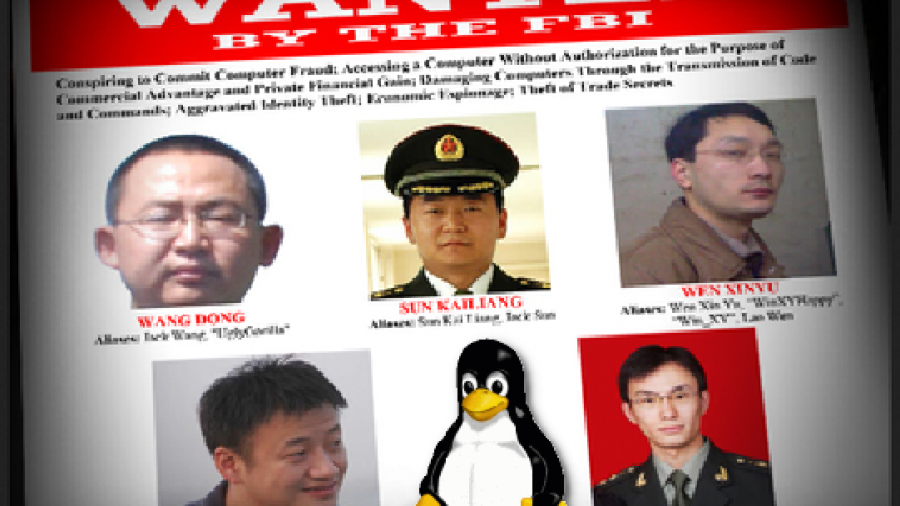 I don’t know what category to fit this one in. I can’t even bring myself to laugh, even though it makes for a good laugh. All I can do is shake and scratch my head. If you’ve been keeping track of current events and statements from our government officials, this shouldn’t even surprise you. But here you have it. The US has just brought an indictment against 5 members of the Chinese military. Their crime? Cyber espionage. That’s right, the US has charged five members of the Chinese military for hacking.

They even have an FBI most wanted list for the guys. As stated on the Web page for that list:

“State actors engaged in cyber espionage for economic advantage are not immune from the law just because they hack under the shadow of their country’s flag,” added Assistant Attorney General for National Security John Carlin. “Cyber theft is real theft, and we will hold state-sponsored cyber thieves accountable as we would any other transnational criminal organization that steals our goods and breaks our laws.”

As FBI Executive Assistant Director Robert Anderson emphasized, “If you are going to attack Americans—whether for criminal or national security purposes—we are going to hold you accountable. No matter what country you live in.”

Yep, the US will go after another country’s hackers whether their reason for hacking is for “criminal or national security purposes.” That these guys can make statements like that after what we know about the US world-wide spying activities is just, just unbelievable! At this rate, the US will soon accuse another country for violating their neighboring country’s territorial integrity because countries just don’t do that in the 21st Century. They made that charge already? Never mind, then. Maybe next they will accuse another for interfering in others’ internal affairs. They made that one too? I give up.

To think that not too long ago, when Edward Snowden’s revelations were headline news everywhere, we were told that spying on other nations leaders and businesses is what everybody does. Unbelievable! 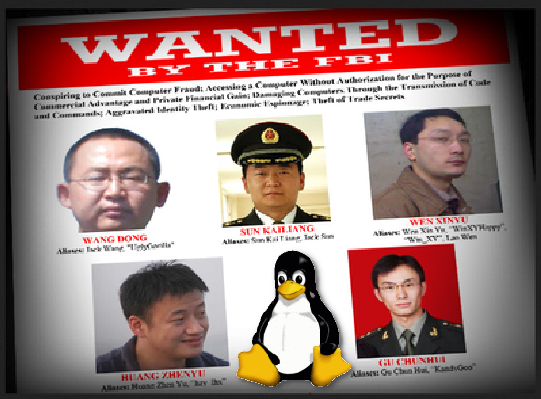 Members of the Chinese military charged with cyber espionage