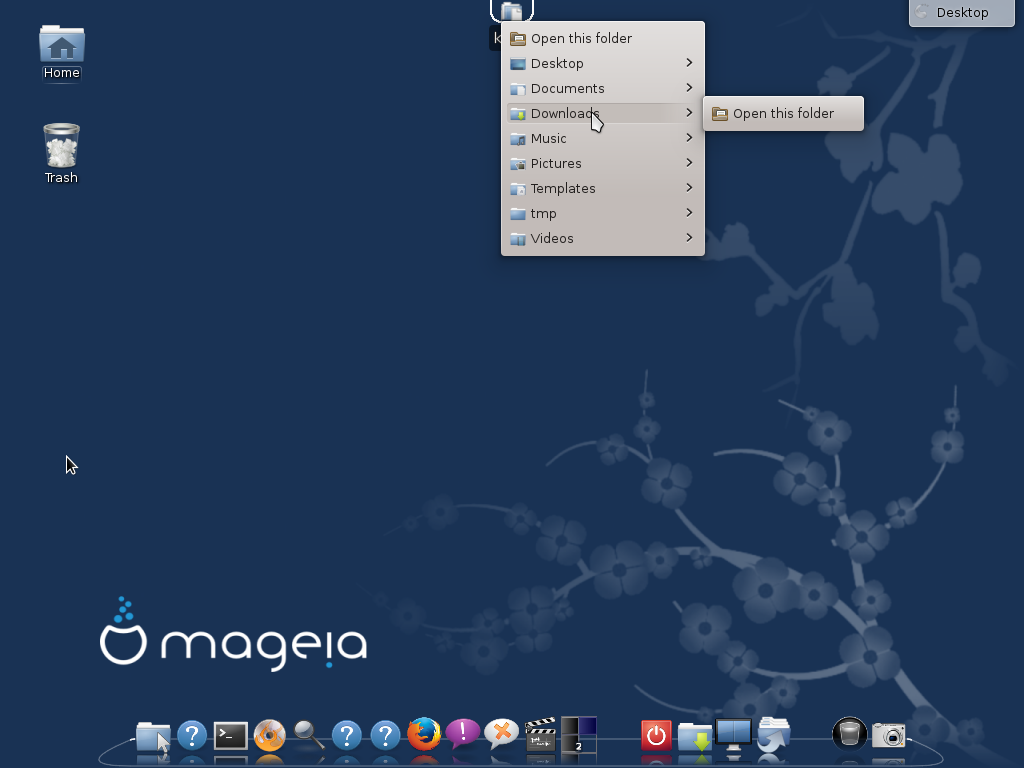 Mageia 4 review features a review of the latest release of Mageia, A Linux distribution derived from Mandriva Linux. 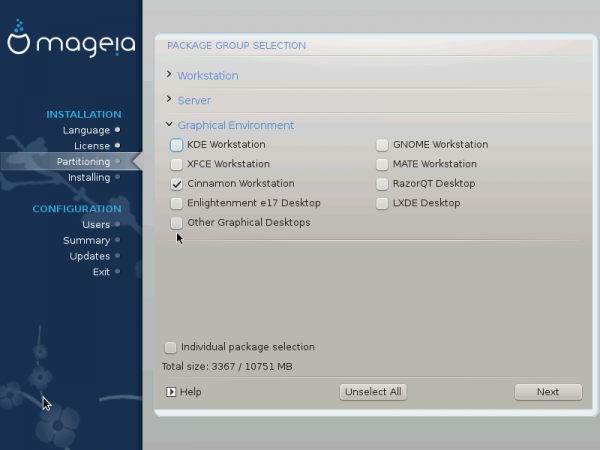 This review takes a look at some of its new and old features, with screenshots from the Cinnamon, GNOME 3, KDE and MATE desktops.

If you’ve used Mandriva Linux or any distribution derived from it, like ROSA Linux and OpenMandriva, you should already be familiar with most aspects of Mageia, including its graphical installation program. However, a few changes in the current installer make it a bit better than previous editions. For example, it is now possible to include non-free repositories in the default installation, a shown in this screenshot. It is enabled by default, so if you don’t need it, you may disable it. 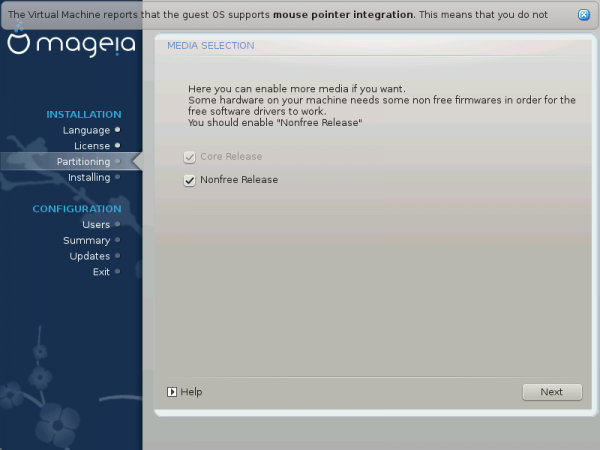 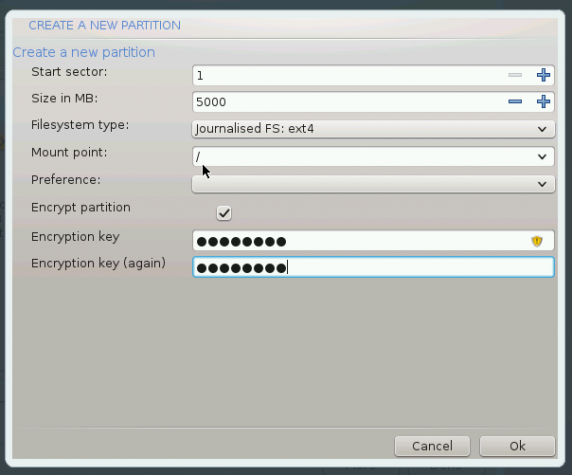 With the root partition encrypted, you will always get a window that looks like this one whenever you reboot your Mageia 4-powered computer. Since this is a new feature, it deserves further testing, just to see if it will work as advertised under different partition configurations. Expect one or two more articles on this subject soon.

UPDATE: I have been testing this disk encryption feature of Magiea 4 for the past 4 hours, and my report is this: It is broken and does not work as advertised. Don’t bother using it. I should be filing a report with the developers later today. 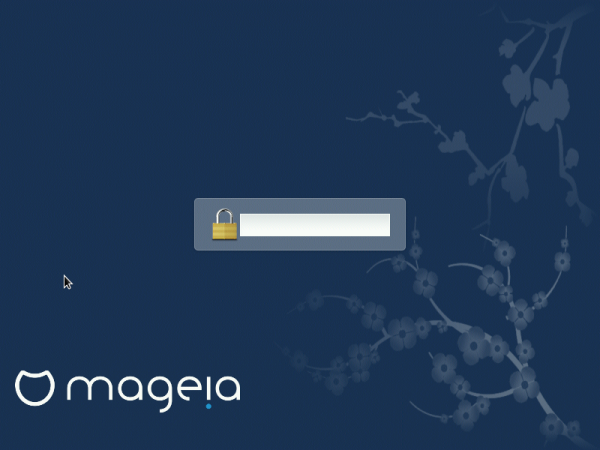 While we are on the subject of physical security, Mageia has retained all the good security features on the installer and on the desktop that it inherited from Mandriva Linux. In the installer, the option to specify a password for the boot loader is still available, unlike in the version of the installer used by ROSA Linux, where that option is no longer available. Talking about the boot loader, Mageia is about the only major distribution that still uses GRUB Legacy as the default boot loader. GRUB 2 is available as an option, with LILO as a third option. (I don’t even know of any other distribution that still offers LILO as a boot loader during the installation process). 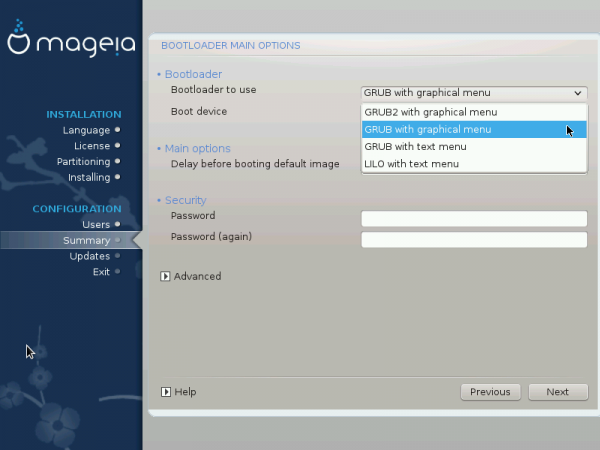 Like most good graphical installation programs, Mageia’s installer has an automated partitioning mode that can recover free space from an existing partition and use it to create partitions needed to install the system. I haven’t tried this on a computer with UEFI firmware and Windows 8 to see how well it works, but I’ll be doing that shortly. 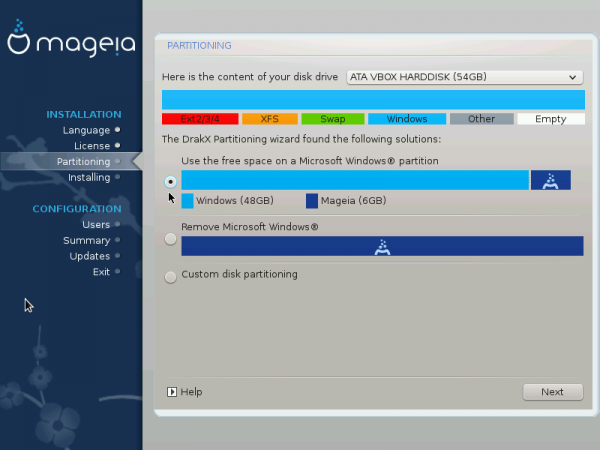 Now that I’ve noted the major good features of the installer, here’s one that’s in the negative column, and has been since the old Mandriva Linux days. And it is, the absence of Back buttons at critical steps of the installation process. For example, the step shown in the screenshot below could use a Back button. And that’s just one of many steps in the installer that could use one. 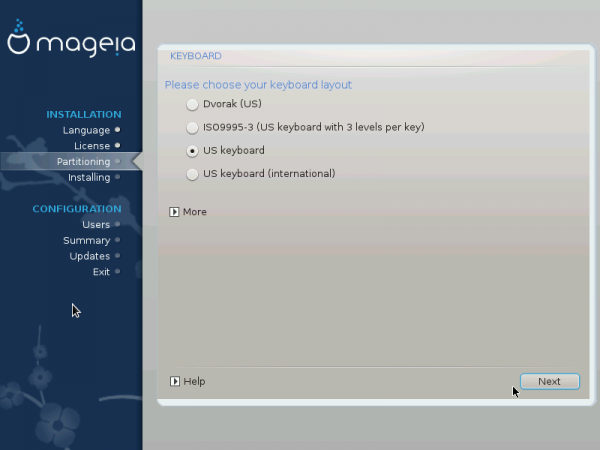 On the desktop, one of the new features of Mageia 4 is Mageia Welcome. A welcome or greeter application that many distributions are now starting to implement. Linux Mint has had such an application for sometime (it’s called mintWelcome), but it was Pardus that first implemented a greeter application that actually offered users more than just information about the distribution. Called Kaptan, it gave users a graphical application that launches on first boot that they could use to customize their desktop. It was later adapted for use in Chakra Linux (where it is called Kapudan) and it was this type of welcome application that I thought Mageia’s developers had in mind when they were throwing ideas about it around.

But not quite. Mageia’s welcome application lies somewhere between the mintWelcome camp and Kaptan/Kapudan camp: It offers access to community resources on the distribution, but also offers the ability to install certain applications, without the need to launch the graphical package manager. You can’t, however, use it, like Kapudan or Kaptan, to customize the desktop. That said, it’s still a very useful application, but the graphics and styling is a but heavy.

Mageia Welcome has a tabbed interface. There’s a Welcome tab and an Applications tab. The former provides information about the distribution and access to system resources, while the latter provides a means to install select applications and multimedia codecs. The next four screen shots show the pages of Mageia Welcome. The one below is the application’s main interface. 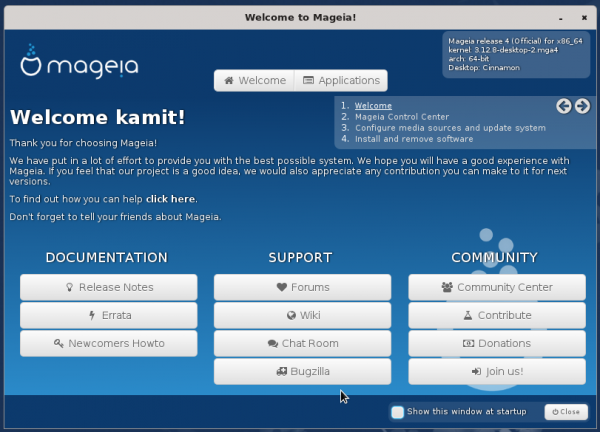 And the last page of Mageia Welcome’s Welcome tab offers access to RPMDrake, the graphical interface to urpmi, the distribution’s command-line package manager. 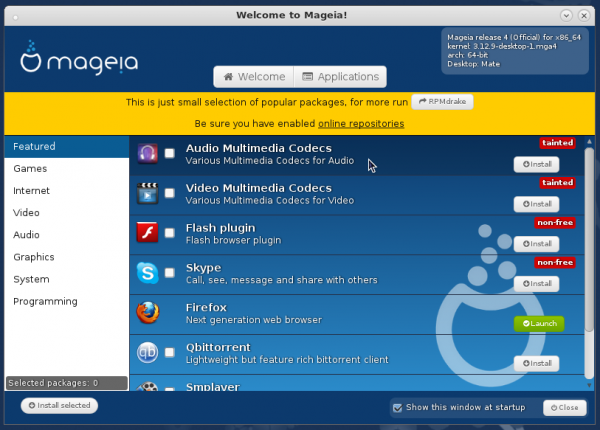 And this one shows a few of the games available for installation. For Valve Software fans, a Steam client is included. 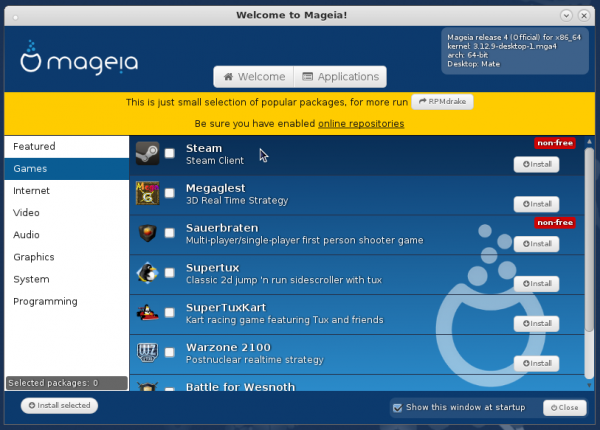 Mageia Welcome presents the same user interface and experience across all the desktop environments supported by the distribution. Though several games can be installed through Mageia Welcome, not one single game application is available in a default installation of any of the desktops that I tested. Not one. But that’s not something to complain too much about, because there are several dozen games that can be installed using the graphical package manager or the command-line client.