Your choice: Cinnamon or MATE 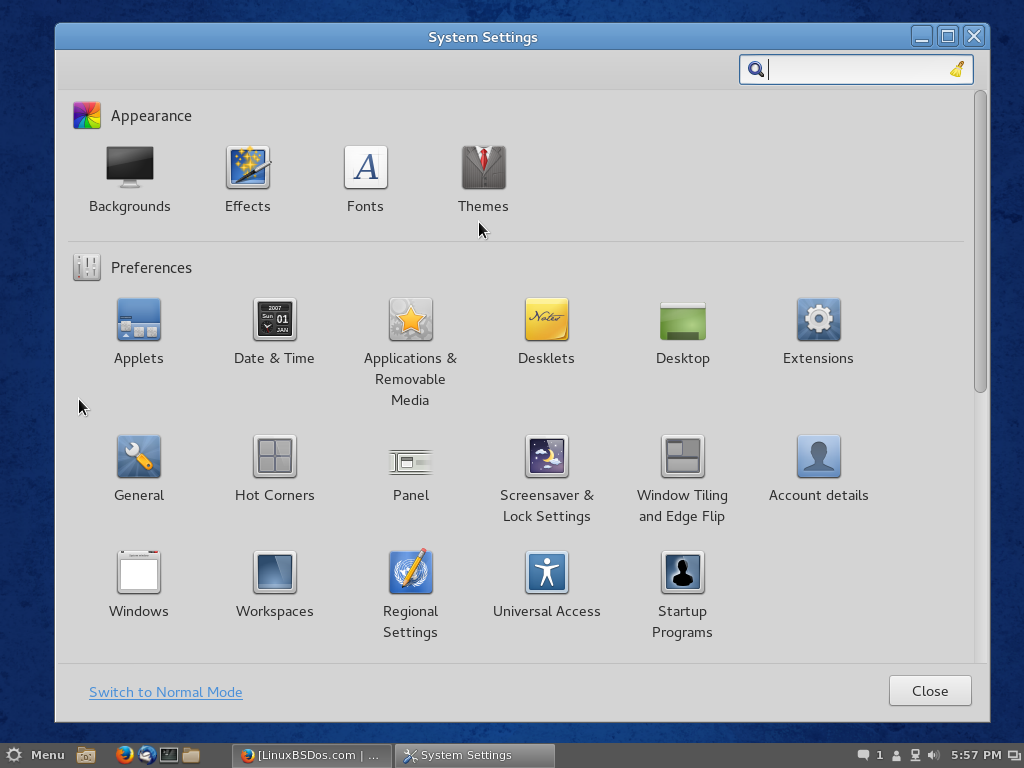 I get a lot of queries regarding the difference(s) between the MATE and Cinnamon desktop environments. And of course such queries tend to come from those new to Linux and Free Software.

For the benefit of those class of users, this very brief article summarizes the key difference between these two desktop environments. Nothing technical, just basic stuff that will help those users to better understand what their options are. And because a picture is worth more than a thousand words, there are a couple of galleries to complete the picture.

If this sounds like a good vs. bad comparison, that’s not the intention, but knowing where I stand on some of these things, it’s going to be difficult not to sound like that. Regardless of how this comes across, just remember that we are talking about Free Software, which means that you are not locked in to any piece of software. Use what feels right for your environment. By the way, consider this an update to MATE vs Cinnamon, which was published about a year and half ago.

With all that out of the way, lets get to the gist of this article: What’s the difference between MATE and Cinnamon?

To better understand the difference between the desktop environments in question, a little bit of history is in order. At some point in the not-too-distant past, the developers of a desktop environment called GNOME 2 decided that it (GNOME 2) had run its course, that the code needed to be completely revamped. That effort led to the next generation of GNOME 2 that was christened GNOME 3, which came with a completely new interface called the GNOME Shell. That was where the problem started.

If you recall how users of Windows reacted to the first iteration of Windows 8, well, the reaction to GNOME 3’s GNOME Shell was worse. Very few people outside of the GNOME development community liked what they were been asked to consider. GNOME Shell was/is a radical departure from what people were used to. They said it was an interface only suitable for tablets and smartphones, not for desktop computing. Fans of GNOME 2 wanted their “start button” back worse than users of Windows 7 did theirs.

As is the tradition in the Free Software community, people who didn’t like the situation and who could do something about it, did. Instead of letting GNOME 2 go, somebody forked it, renaming it MATE. The rest, as they say, is history. But that was about MATE. What about Cinnamon?

The developers of Linux Mint, a very popular Linux distribution based on Ubuntu Desktop were not thrilled with the idea of using Ubuntu’s Unity desktop or GNOME 3’s GNOME Shell. But they also wanted something that was current, which meant that MATE was not good enough. So they decided to create their own desktop environment, one that retains the same look and feel of a GNOME 2 (or MATE) desktop, but built atop GNOME 3 technologies. That was how Cinnamon came to be.

If you managed to read that brief history and you came here looking to know what the difference between Cinnamon and MATE is, your question has just been answered. Cinnamon is just like MATE, but built using modern programming tools. Which one is better?

That’s like a trick question, but I’ll give you an answer. I prefer Cinnamon. Why? Because I like modern stuff, especially when they are more polished than preexisting ones. How we interact with our computing devices has changed, and it’s still changing. Remember those cell phones you used to use before the iPhone? They were good for their day. Smartphones, we all agree, offer a better communication interface. That’s the way it is on the desktop, too.

That’s the nature of Linux distributions. You are given options, choices. Use what you feel is the right one for you.

MATE Gallery. Images were taken from a test installation of Fedora 20.

The menu of the MATE desktop showing the Favorite applications. It’s not that much different from that of the Cinnamon desktop.

The menu of the MATE desktop showing the Applications view.

Using the search feature of the MATE desktop.

The menu of the MATE desktop showing entries in the Office applications category.

The Control Center of the MATE desktop. As with the Cinnamon desktop, most system tasks can be accomplished using one of its modules.

Cinnamon Gallery. Images were taken from a test installation of Linux Mint 16.

Entries in the context menu of the Cinnamon desktop.

The menu of the Cinnamon desktop.

Using the search feature of the Cinnamon Desktop.

Expo view of the Cinnamon desktop.

you prefer Cinnamon, but it’s not your favorite… why didn’t you mention what is your favorite? I would like to know.

That article was published 2 years ago. At that time, Cinnamon was my favorite, because KDE was still undergoing massive changes. Right now, KDE rocks! It’s my DE of choice because it’s features are more mature than that of others.

Thanks a bunch. This was EXACTLY what I was looking for. I am a KDE/i3wm user, but wanted something lighter for a legacy machine. I had narrowed it down to Cinnamon or MATE –two DEs that I am unfamiliar with. This helped me make my decision to go with Cinnamon.

Their both Gnome derrivatives whats the actual difference?

I will never understand why Linux users obssess over desktop looks yet understand zilch about the operating system.

So do you understand the relationship between a desktop (environment) and an operating system?

He explained the actual differences in the article. Apparently, in spite of the fact that you obviously didn’t read the article, you felt a comment was warranted?

No wonder you will “never understand.” That’s a user error: you.

Truth is that the average Linux user knows more about their computers than the average Windows user. No one obsesses over anything — when Windows 8 users complain about Windows 10, is that obsessing?

If you hate Linux so much that you can’t see or think clearly, why read Linux articles?

Just use Gnome Classic under Gnome. It has the feel of Gnome2 but using Gnome3 technologies.

From beginners point of view the differences are minimal. May be something underneath is better in one or another, but I can’t name it.

@Steve McGiffert: from what I’m reading re: Cinnamon vs Mate (1.5 yrs after your post), Cinnamon has alot of the Compiz tech built-in.

I feel like this is similar to the windows 7 vs Windows 10 debate, windows 7 was a fan favorite and people did not like the Eco-system of 8 but wanted a more “modern os” so they took the best things from 7 and added the new stuff from 8. And made windows 10.

finid
Author
Reply to  lukas b

Wait, Windows 10! When did they release that one? And what about to Windows 9?

along with mate and cinnamon one other desktop is also now a days very popular. known as the “unity”
here is a brief comparison between the three, MATE, UNITY and Cinnamon.
http://optinux.com/linux-desktop-environments-mate-vs-unity-vs-cinnamon/

That’s my thinking. Why would I want to run Mate, a fork of old Gnome. I loved Gnome 2, but if I wanted to stick with Gnome 2 I’d run Gnome 2, not MATE. But I like newer technologies, newer libraries, just not newer radically different interfaces. And Mint is that answer. All the power of Gnome 3, without the radical new interface. Mate may be good for older computers, maybe not as powerful hardware and such, but if your system is halfway decent, Cinnamon is the way to go. It’s not even that much of a resource hog and it’s not too flashy, they value simplicity and ease of use over ‘showing off’. I like to be able to install my GUI and be working and using it within a very very short time. I don’t want to waste hours customizing every little detail, that happens naturally over time.

How about a comparison between Cinnamon and KDE?

Ok, look for the answer by Monday at the Forum under the KDE categoory.

Is there any compatibility issue with MATE and newest linux software?
– Will latest version of wine work ok on MATE?
– Will ‘Steam for Linux’ work ok with MATE?

MATE is good for machines without hardware acceleration enabled.

You should have mentioned Mate can run Compiz and its beautiful desktop effects and Cinnamon can’t.