Is that a backdoor or an “administrative password” on your Verizon Internet router? 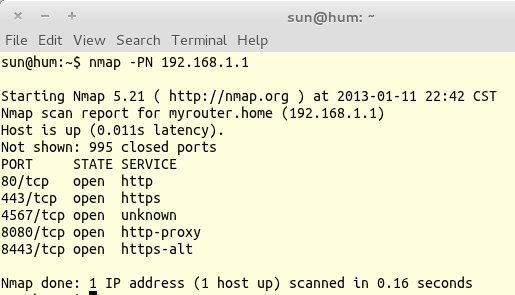 If Verizon was your Internet Service Provider back in April 2011, you probably received an updated Terms of Service (TOS) spelling out several updates to their TOS. And if you are like most users, you likely did not read it or even if you did, you did not pay particular attention to the details.

Somebody brought it to my attention back then, but I was too busy to do anything with it, though one change did strike me as not kosher. Rather than bore you with what I think of ISPs or other companies that provide needed services, here is the part of Verizon’s updated TOS that should make you go, WTF!

The email itself was sent on the April 18 2011, but the updated TOS, as the email notes, was to go into effect on April 19. Which means that Verizon did not even give their subscribers enough time to read the email. That is usually the first sign that they wanted to pull a fast, which they did, and succeeded.

Dear Valued Verizon Customer,
Good news! Below please find the description of changes to the Verizon Online Terms of Service (TOS) effective 4/19/11. In particular, Verizon will send emails regarding your account or TOS changes to your designated Primary Email Address on file. What this means to you is that these updates will now be emailed to the account you have marked as Primary on your My Verizon account profile. This will now make it much easier for you to keep up to date on important account-related updates using your Primary email address.

We encourage you to log-in to the Account Profile section at myverizon.com and make sure that you have designated a Primary Email Address. When you do update your Primary Email Address you will receive a confirmation email from Verizon that your email address has been updated. Below you will find information regarding the additional changes to your TOS. We value you as a customer and look forward to continuing to serve you.

That is the nice part. Actually, the whole email was nicely worded, including the part of the TOS that is not so nice. Here is part of the updated TOS that merits special attention:

Effective April 19, 2011 – Important Information Regarding Changes to Your Verizon Online Terms Of Service
…

As set forth in Section 3 of the Terms of
Service, your continued use of the Service after the effective date of these changes will constitute your agreement to the changes.
…

Note that the email was sent on April 18, with the new TOS set to go into effect a day after. So no time to read it, but you are told that just using the service after that date signals your consent to the updated TOS.

Related Post:  How to install PCLinuxOS 2011.6 on an encrypted LVM file system

The most interesting part is the one about “Home Router Password Changes.” All routers that I have used usually come with a default username and password. If you have used one yourself, which I am sure you have, if you re reading this, the first thing you did after setting it up is change the default password to something more secure. I have always assumed that once that default password has been changed, that no person other than myself can change it.