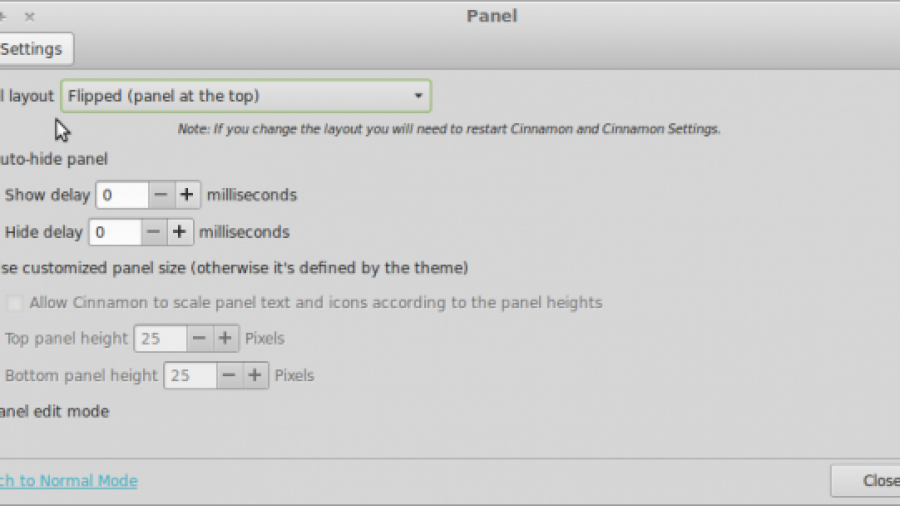 Cairo-Dock 3.3, the latest version of the application that provides a dock interface for Free Software desktop environments, has been released. This article highlights some of its new features and also shows how to install it on Linux Mint 15 Cinnamon.

Cairo-Dock is a Mac OS X Dock-like application for Linux and BSD distributions that supports OpenGL and freedesktop standards. It provides a desktop interface for launching applications and accessing running programs.

It offers a better interface than the bland panel of Linux Mint 15 for launching and accessing applications and as such may be used to replace it. Here’s a list of new features implemented in this version:

The default theme of Cairo-Dock places the dock at the bottom edge of the desktop. So before launching it, it is best to flip the default Cinnamon panel to the top edge of the desktop. You can do this by using the Panel module from the System Settings and selecting the appropriate option from the Panel layout combo menu. This screen shot shows the Cinnamon panel settings options. Because Cairo-Dock provides the same functionality as the default panel, it is recommended to enable the Auto-hide panel option. After making these changes, apply them by restarting the Cinnamon desktop; right-click on the panel and select Troubleshoot > Restart cinnamon. 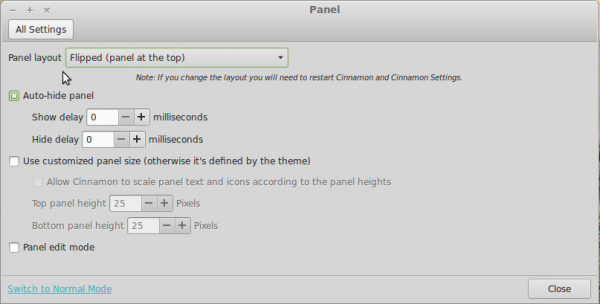 Cinnamon desktop showing Cairo-Dock. The default panel, which is now at the top edge of the desktop, is not visible in this screen shot because the Auto-hide panel option was enabled. 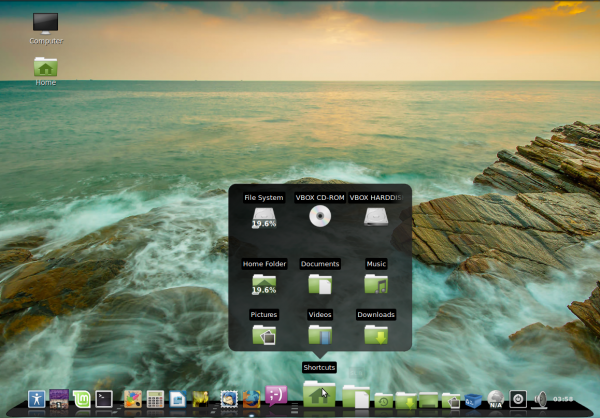 This screen shot shows one of the new features of Cairo-Dock 3.3; a search bar in the menu applet. 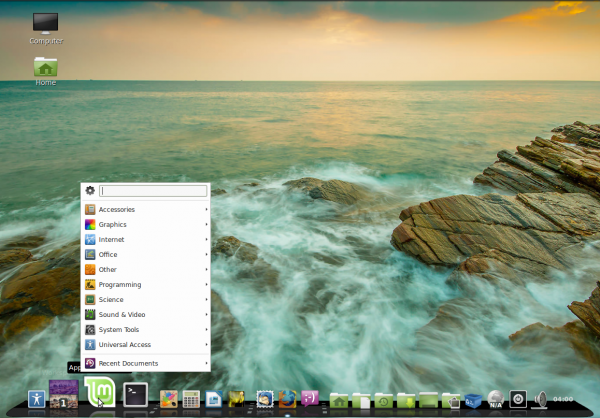 The best way to customize the dock is by using Advanced Mode of its configuration settings. 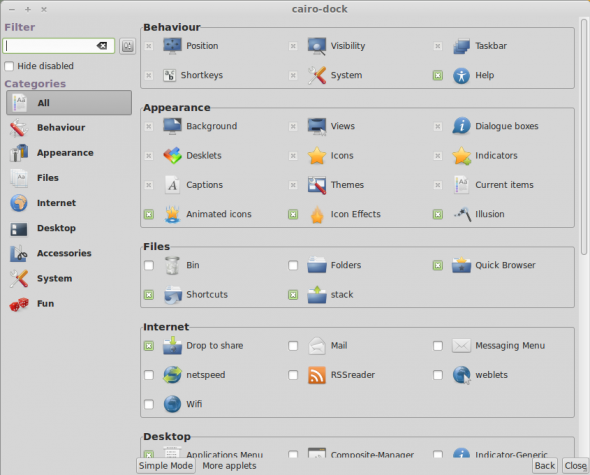