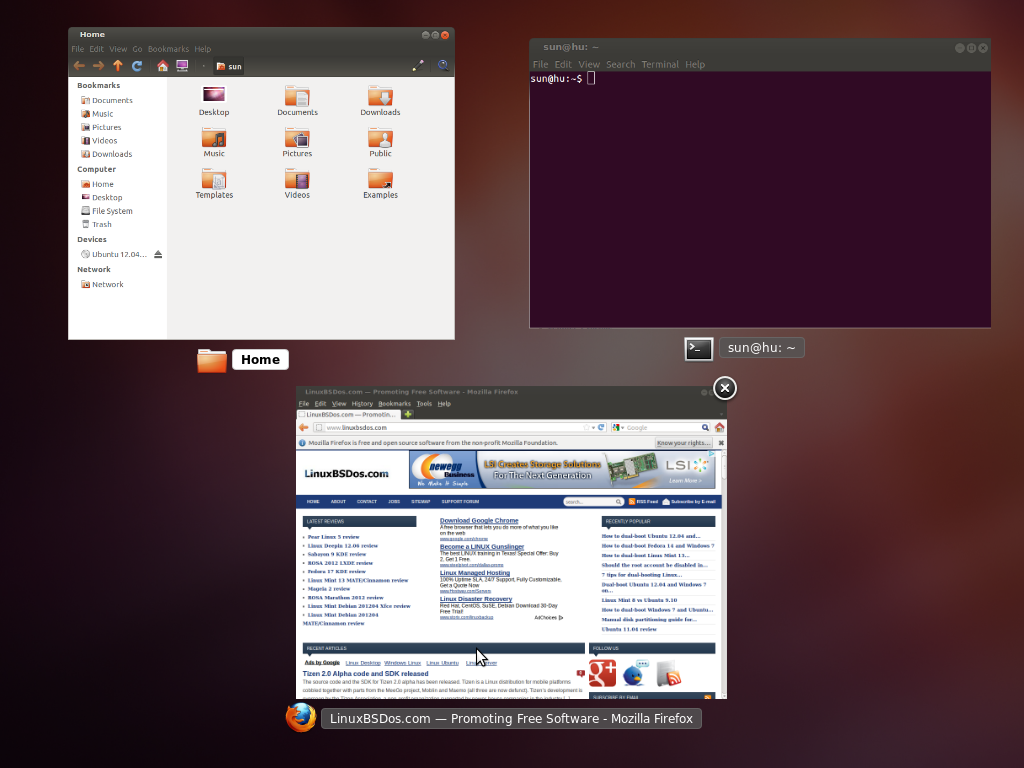 Presently, Cinnamon is the most buzz-generating and headline-grabbing desktop environment in the Free Software community. Inspired by popular discontent with what the default GNOME 3 Shell brought to the table, it offers an alternative to those who do not like GNOME 3, the default GNOME 3 Shell, that is, but are not necessarily fans of the K Desktop Environment, the Ubuntu‘s Unity desktop or other existing desktop environments.

But generating buzz and grabbing headlines does not a production-ready graphical interface make. But at this stage in its development, Cinnamon is very, very usable, but the devil, as they say, is in the details. You wont know the shortcoming of this new desktop environments until you start using it for serious stuff. But even those shortcomings are not show-stoppers, at least the ones I came across while using the latest edition, Cinnamon 1.6, which was released September 18.

Though the title of this article has review in it, it is not a review in the same sense as the distro review normally published on this website. But it provides, I hope, enough information to let you see, if you have not used it, what it brings to the table.

Keep in mind that Cinnamon is a very young project, being less than a year since it was started by the developers of Linux Mint. As such, it cannot be compared to KDE, but a lot of work has been done and some good and cool features have been implemented.

After installing Cinnamon, you will have two new options in the Session menu of your desktop’s login screen. As shown in the screen shot below, these are Cinnamon and Cinnamon 2D. The former is supposed to give you the look and feel and functionality and eye candyness that the desktop has to offer, while the latter is for a fallback mode, intended for a more traditional desktop. The problem with Cinnamon 1.6 is that if you select Cinnamon 2D, you get the functionalities you would expect if you selected Cinnamon. The reverse is also true. So, this is a bug, but a very minor one. This screen shot was taken from a test installation of Cinnamon on Fedora 17. Cinnamon 1.6 is already available in Fedora’s repository. You may install it from the graphical package manager or from the command-line by typing the following as root: yum install cinnamon. 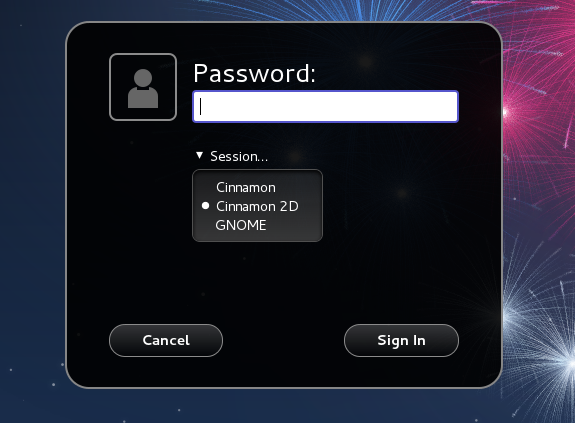 The desktop itself offers a familiar desktop environment, unlike the default interface of GNOME 3. There is a panel at the bottom edge and the usual set of icons on it. 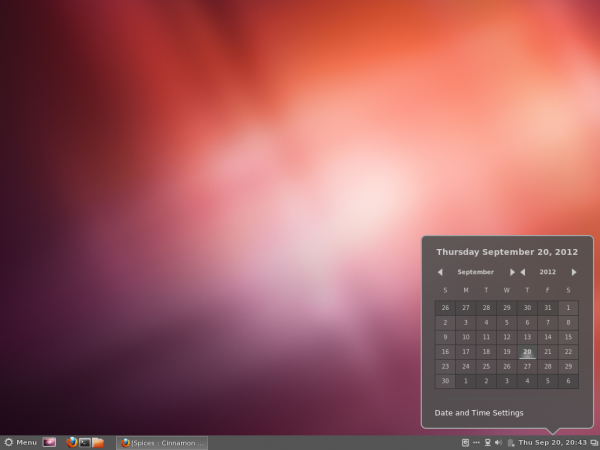 And then there is the menu. It is right there on the panel. No need for a keystroke combination to start it or at least two mouse-clicks just to see the applications menu as in GNOME 3. The menu is probably the single feature of Cinnamon that is almost completely production-ready. And it is even much better in Cinnamon 1.6 than in Cinnamon 1.4 (that is as it should be, right?). 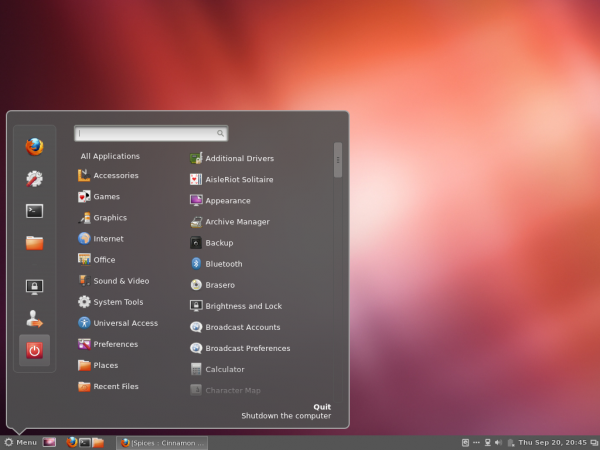 When it comes to a menu of this sort, the Cinnamon menu is about as good as it gets. I have no complaints about it. 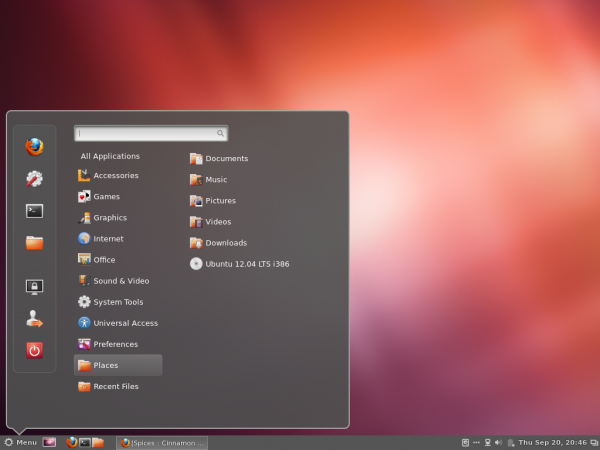 All the tools needed to manage and tweak the desktop are accessible from the panel. Simply right-click and select the tool you need to use. 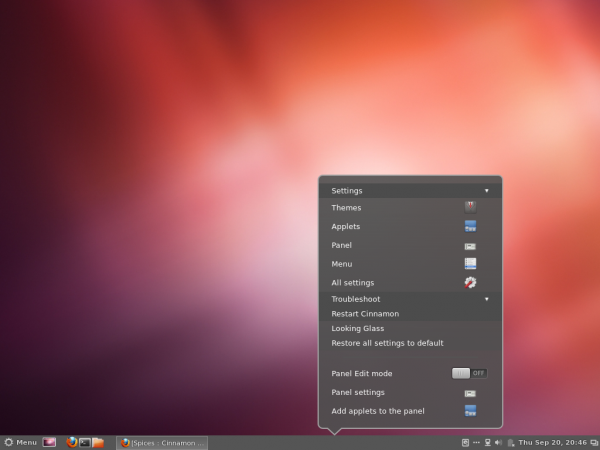 If you do not like the panel at its default location, you can always flip it to the top. Unlike in GNOME 3 where an extension provides a similar capability on a modified GNOME 3 Shell, changing panel location in Cinnamon requires a restart of Cinnamon. Note, just the desktop, not the computer. 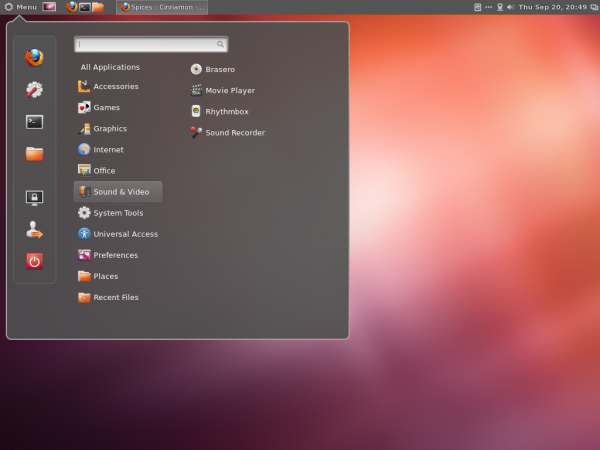 The Looking Glass tool lets you take a peek at some of the internal workings and resource usage of the desktop. 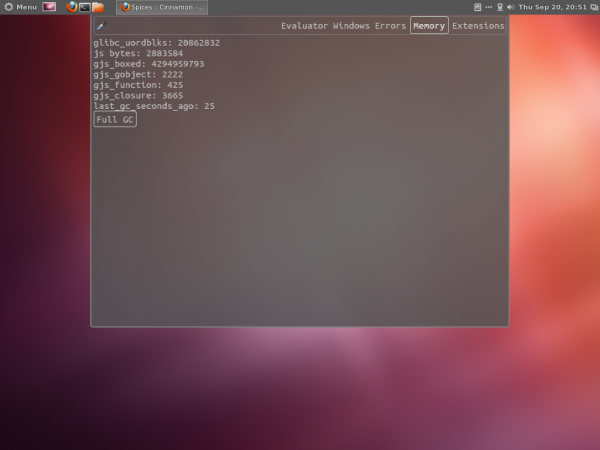 Cinnamon Settings is the hub for all graphical applications you need to tweak different aspects of the desktop. And they are all very intuitive to use. 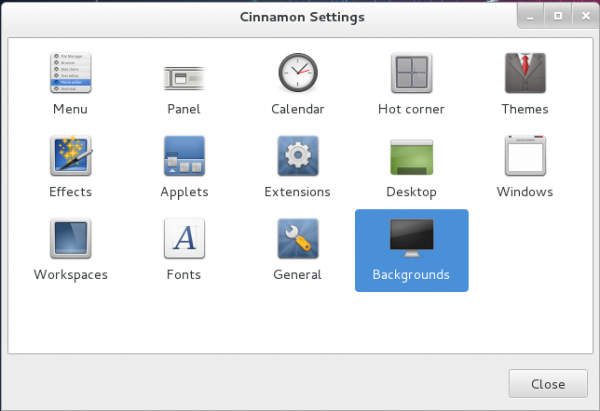 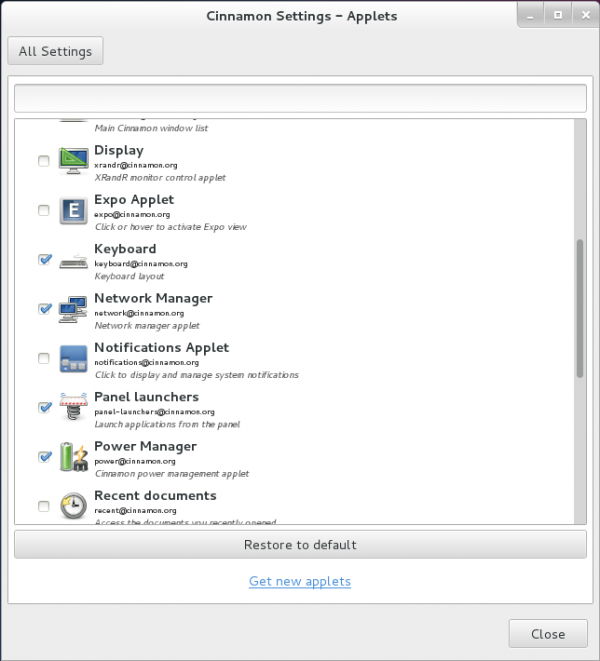 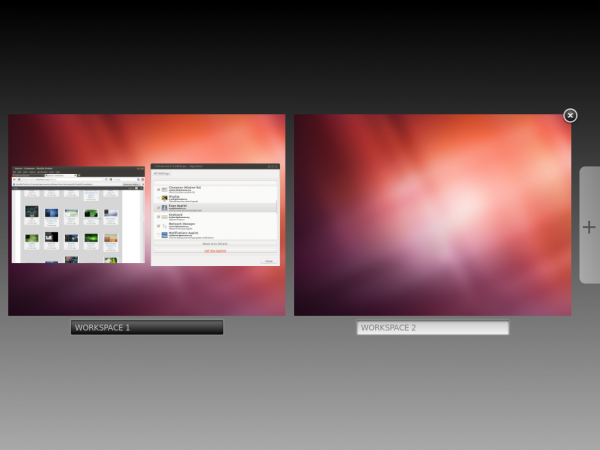 You can even give the workspaces activity-related names. 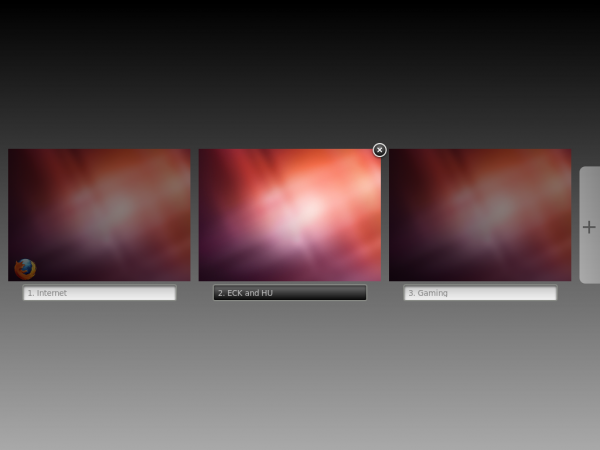 And there is also the Scale view. In the Scale View, you can see all open windows in the active workspace or virtual desktop. 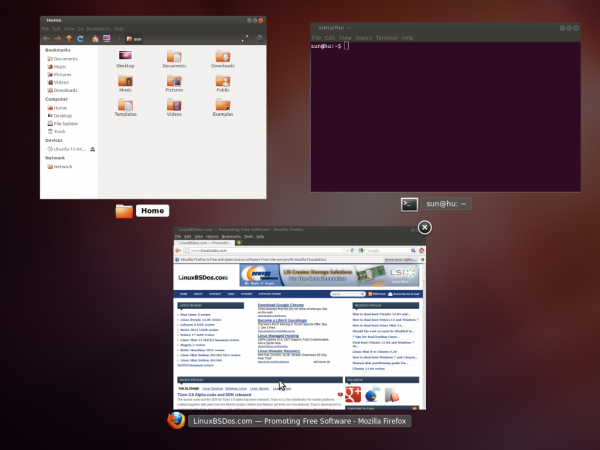 And then, there is Nemo, the file manager for the Cinnamon. It is a replacement for Nautilus, the file manager for GNOME. This is a screen shot of Nemo. Like the desktop itself, it looks and feels much better than what it replaced, but there is still a lot of work to be done. When you attempt to drag and drop a file from one window to another, it simply moves the file, rather than copy it or give you a menu of options to choose from. 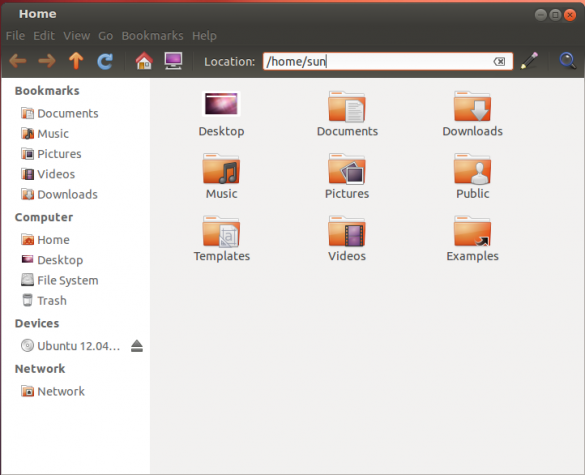 That is the skinny on Cinnamon 1.6. If it is not in your distribution’s repository, you can download it from here. Ubuntu users may use Install Cinnamon 1.6 in Ubuntu 12.04 LTS to install it from a PPA.

Pastal colors seem to the future for desktop these days :S

I was using Cinnamon 1.4 with Mint 13, but messed up my installation. So I thought i would try some KDE based distros. I tried Kubuntu,Mageia Mint KDE14 and Open Suse, but all of these distros, kept locking up my machine after some use, for no obvious reason, I’ve there fore gone back to Mint 13 with Cinnamon 1.6 , and so far have found it stable and no locking up. I like all the customisation with KDE but I prefer a machine that I do not have to keep re-booting every time it locks up.

Scout, the same can be said for ALL DE’s. Windows, Mac, Linux, GEOS, etc….every DE ALWAYS has room for improvement. KDE seems to be closing the memory leaks and improving performance as they tweak the code; make things more efficient, etc….

I look forward to seeing Cinnamon a few more releases down the road. As it is now, I think it has too many rough edges; jittery window movement on desktop, minimal effects, limited panel mod availability, minimal config options, etc…still, I am pleased with the general direction of Cinnamon. I just think KDE is a more pleasant environment for my needs at this time.

“But it provides, I hope, enough information to let you see, if you have not used it, what tit brings to the table.”

Nemo is NOT in Fedora 17. The package maintainer for cinnamon in Fedora said he has no plans to release it for F17, but is instead planning on releasing in F18. So cinnamon 1.6 in F17 is still janky nautilus.

The developers can’t decide, and I have half-baked desktop for 15 years now, and counting 😐

While Cinnamon has improved, I still find the interface is not as good as that of Gnome 2. The main menu is pretty good, tho I found it a little hard to navigate due to the mouse over jitters. Also, I found the desktop effects to be very limited and it doesn’t take advantage of my video card capabilities at all. Perhaps, in 1.8 or 2.0 it will be more up to snuff. For me, KDE and XFCE are better integrated, consistent and generally work better. E17 is also interesting, but the metaphor takes some getting used to.