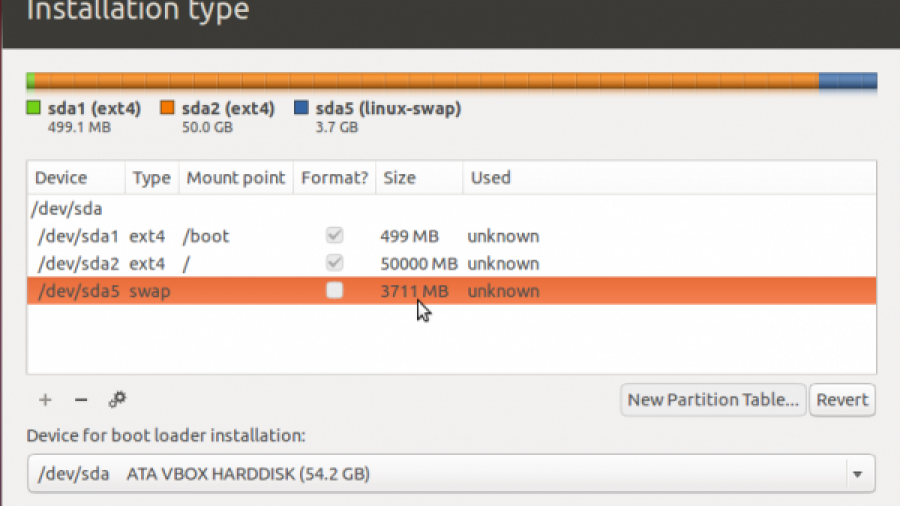 Full disk encryption and LVM configuration in Ubuntu’s graphical installer showed that two very important features that were missing in Ubiquity, the installation program of Ubuntu Desktop, will finally be incorporated into the version that will ship in Ubuntu 12.10, which is due in late October.

That post was based on a test build version of Ubuntu 12.10, and at that time, the Advanced Partitioning Tool was still unusable, so the article only showed how to create an LVM partitioning scheme and configure full disk encryption using the installer’s automatic options.

This is the main interface of the Advanced Partitioning Tool. Nothing about LVM or disk encryption there. 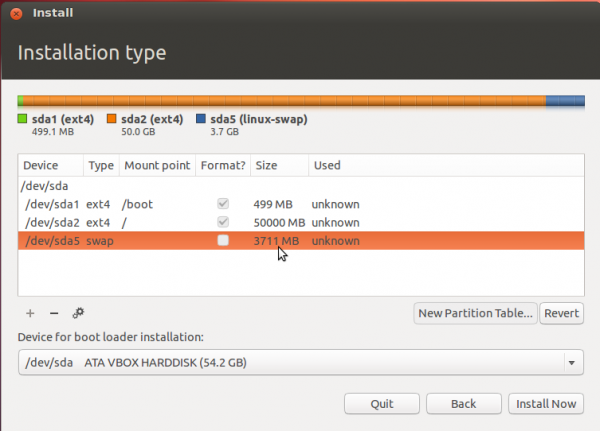 And this is the partition setup window. There is no disk encryption option here either. 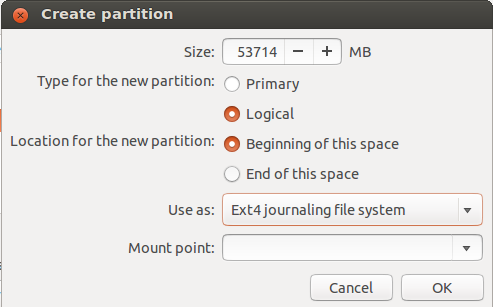 And no LVM option in the list of file systems. 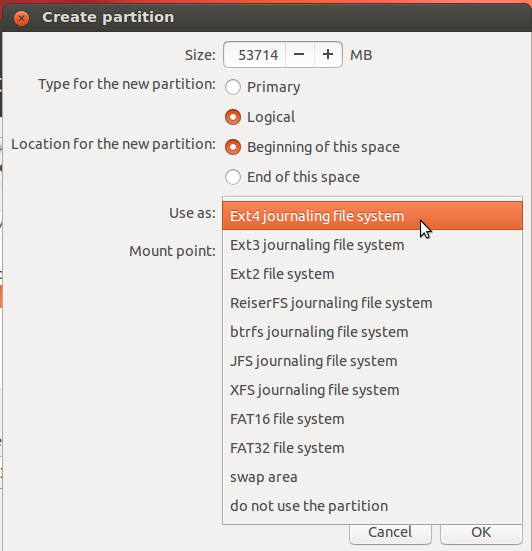 So no manual LVM and disk encryption in Ubuntu 12.10 beta 1. Hopefully, that should come in later pre-releases. When they do make it into that aspect of the installer, here is what I think the last two windows above will look like:

For disk encryption, you will likely see a radio button as shown here. 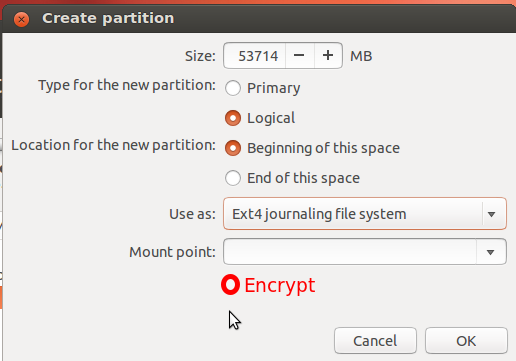 And for LVM, there should be an LVM (Physical Volume) option in the Use as dropdown menu. And setting up LVM logical volumes will require opening a new window. 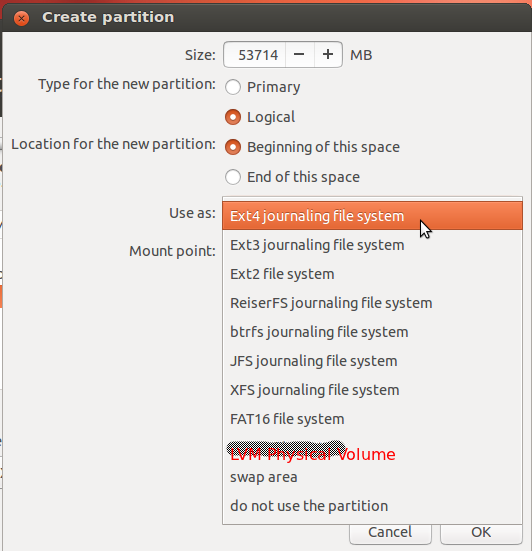