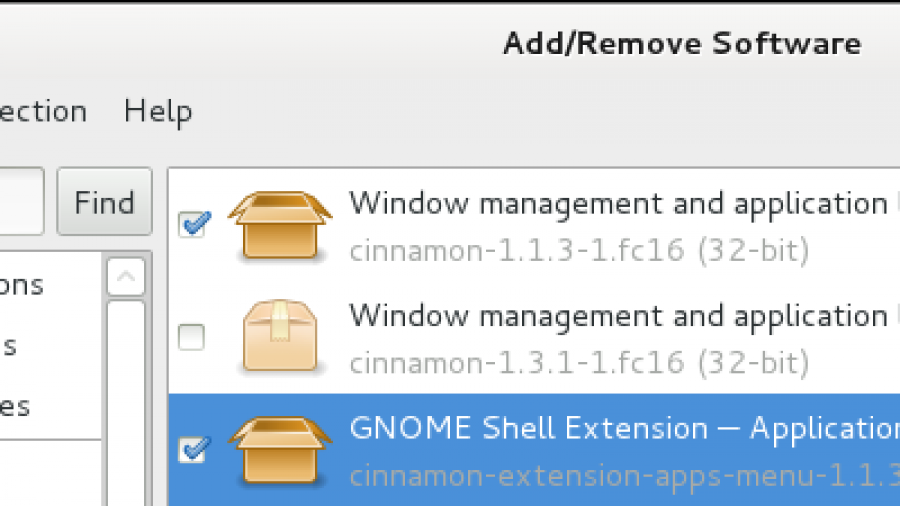 The first article on Fedora and Cinnamon published on this website was about installing Cinnamon 1.1.3 on Fedora 16. Now that a newer version of Cinnamon has been released, time for an update or upgrade.

If you used the tutorial referenced above to install Cinnamon on Fedora 16, you only need to upgrade because Cinnamon 1.3.1, the latest version, should be available for installation from the package manager. If you have never heard about Cinnamon before, it is a fork of GNOME 3 Shell by the developers of Linux Mint. An attempt to bring sanity to GNOME 3.

So, if you already have Cinnamon 1.1.3 running, fire up your package manager, search for “cinnamon,” and install it. This screen shot shows what you should see if you are currently running that version of Cinnamon. After installation, logout, then log back in. Ensure that “Cinnamon” is selected from the session menu.

If you are not currently running an older version of Cinnamon, take the following steps to install it on your system: Open a shell terminal and, as root, type
curl http://repos.fedorapeople.org/repos/leigh123linux/cinnamon/fedora-cinnamon.repo -o /etc/yum.repos.d/fedora-cinnamon.repo . Then install Cinnamon by typing yum install cinnamon . After that has completed successfully, logout and log back in.

Here are a few screen shots from my test installation. This one shows the menu. 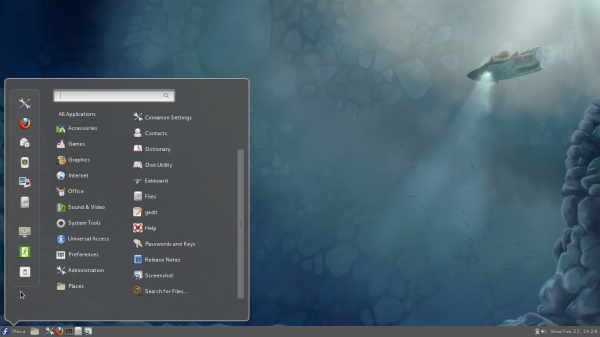 Another view of the menu. 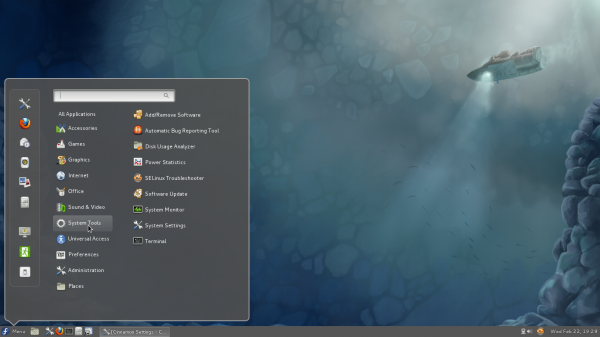 The context menu of applications in the menu. 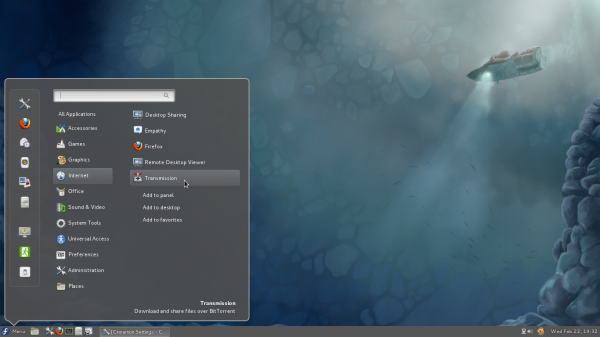 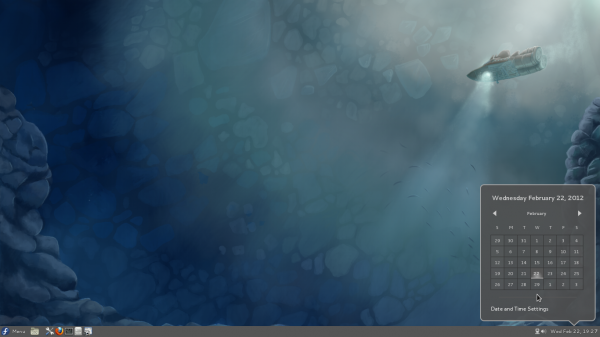