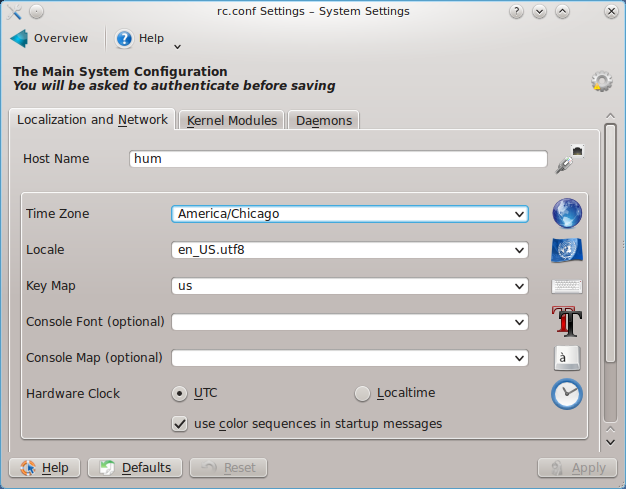 Adding rules to protect local services and regulate inbound and outbound network traffic is pretty simple, if you understand how ufw works. Aside from the firewall, which as noted above is inactive by default, there are no other network or application-level security features in place. SELinux, AppArmor, and Tomoyo, three mandatory access control applications for Linux distributions, are missing from Chakra. This gives Chakra the worst security posture of any distribution that has been reviewed on this website. From a purely security angle, this distribution is a nightmare. There is an interesting discussion on the Chakra forums regarding the security posture of Chakra that I will encourage everybody to read, You may access it here. The second post in that thread shows the level of ignorance on security matters that pervade some Linux communities. 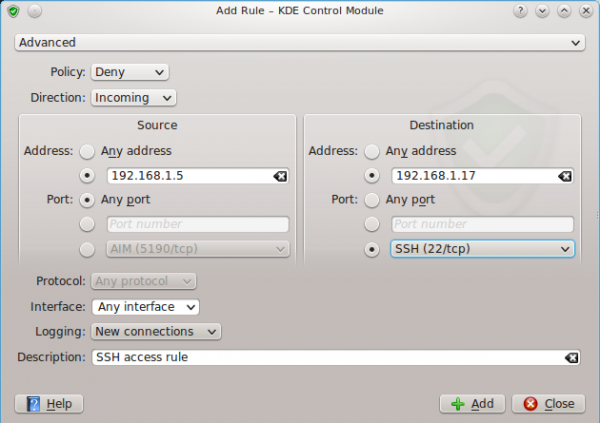 Final Thoughts: This is a distribution I could be running on my personal computers, if not for the lack of physical and network security applications. The security shortcomings aside, no attempt appears to have been made to make this release to “just work” out of the box, without a user spending valuable time installing applications that should have been installed from the “factory.” But even that is a minor inconvenience. It is the very bad security posture that is a show-stopper, for me at least. At a minimum, I hope the developers will address the security angle by next the release. And it wont hurt to make sure that that next release “just works.” Until then, you might want to read how to customize Chakra 2011.11.

Resources: Download installation images from here. All the basic information you need to know about Chakra are available here. You may post support questions here or on Questions and Answers.

Just a screenshot showing the installation in progress. 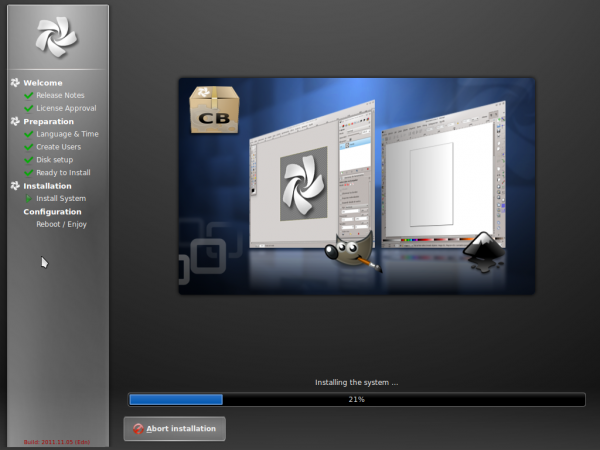 BURG is the default boot loader. This installation step shows that Tribe does not give you an option to configure a password for BURG. You can do that, however, by installing BURG-Manager. 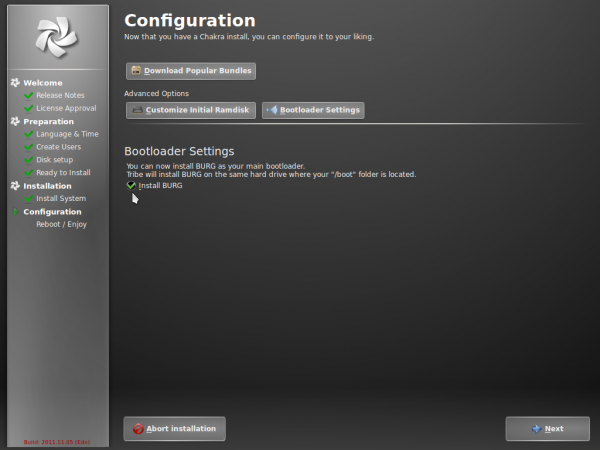 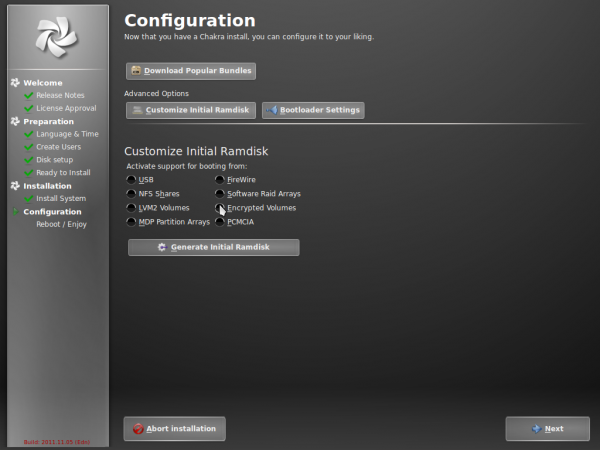 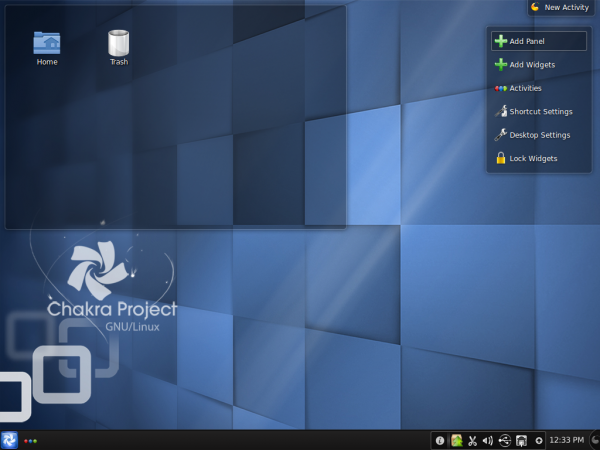 The desktop showing the Stackfolder, a favorite feature of mine. With the Stackfolder, you can browse all your file system directories without launching Dolphin, the file manager. How to customize Chakra 2011.11 provides instructions on how to install Stackfolder. 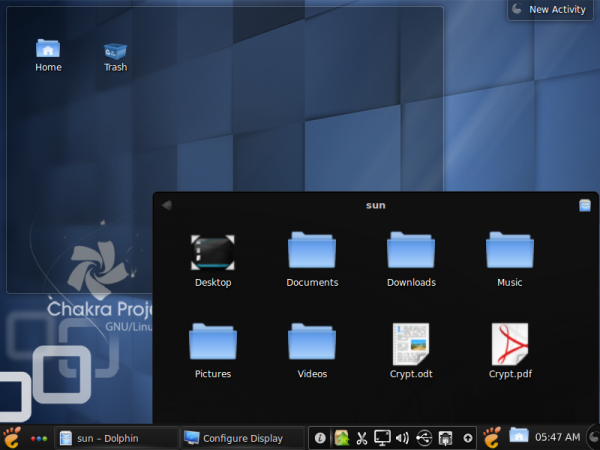 And there is the KDE Plasma Netbook interface. This screenshot shows installed multimedia applications. 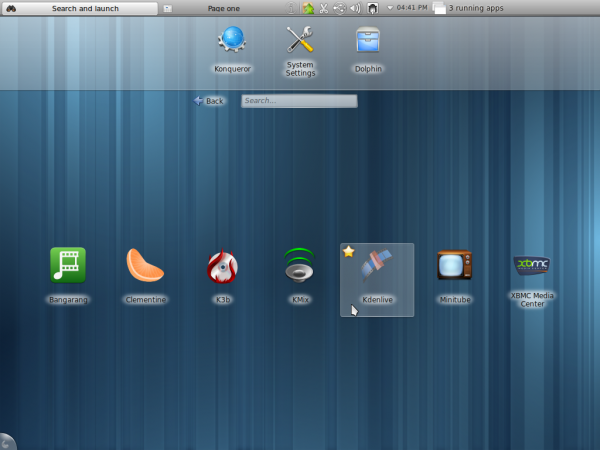 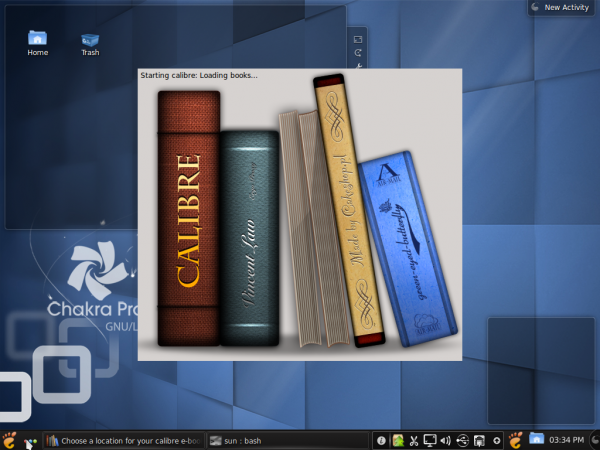