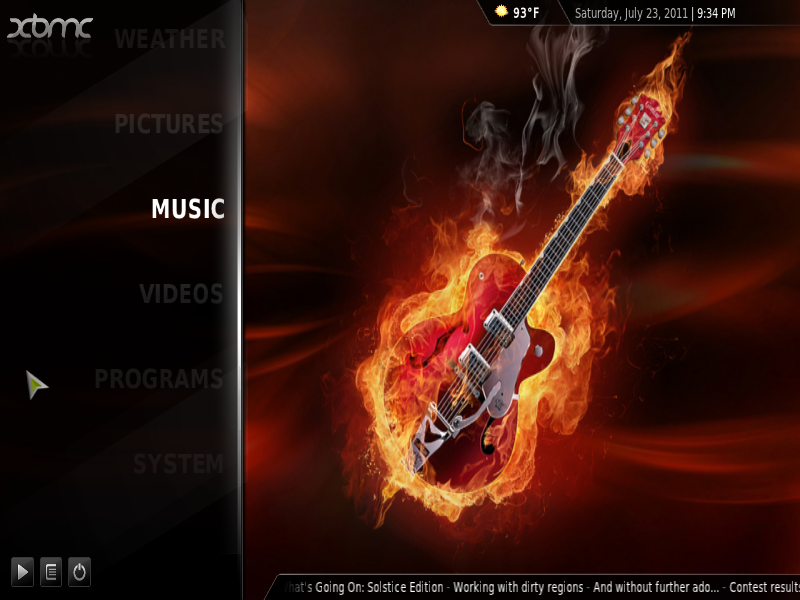 Sabayon is a multi-purpose, Linux distribution based on Gentoo, with support for binary package installation. Sabayon 6 is the latest stable release and installation images for the E17, GNOME, KDE, LXDE, and Xfce desktop environments have been released.

The KDE edition has already been reviewed. (See Sabayon 6 KDE review.) This article is a review of the GNOME edition, using a 32-bit installation image. 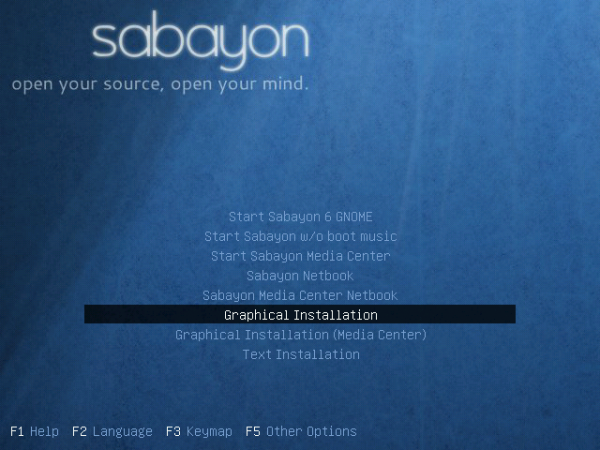 The installer has support for LVM, the Linux Logical Volume Manager, disk encryption and RAID. While LVM is the default disk partitioning scheme, the installer allocates all available disk space in the Volume Group to the logical volumes. A rule of thumb when setting up LVM is to assign just enough disk space needed to install the system, leaving the rest for use in resizing existing logical volumes, or to create new ones after installation.

Luckily, the installation allows you to review and modify the partitions before they are committed to disk, so if you know what to do, you can always reduce the disk space allocated to the logical volumes, just like I did in the test installation where the image below was taken from.

If you opt to encrypt the disk (recommended), every time the computer is rebooted, you will be prompted to authenticate with the disk encryption key or passphrase that you specified (during the installation process). Else, the system will not boot.

Besides the option to encrypt the disk, the installer also allows password-protecting the boot loader, another security feature designed to boost the physical security profile of your computer. 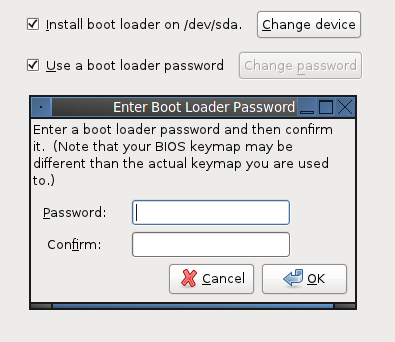 On those rare occasions that you succeed in hosing the boot loader of a running system, you can always boot from the installation disk, and Anaconda has an option to help with the boot loader recovery. I never had the opportunity to test this feature, but I am sure it works.

Desktop: Sabayon 6 GNOME ships with GNOME 2.32, which is surprising for a distribution known to ship the “latest and greatest” available applications. GNOME 3 is not even in the repository, but it is expected to be in Sabayon-limbo Entropy testing repository sometime next month.

This is a screenshot of the default desktop with four desktop workspaces. CompizFusion, a 3D compositing window manager is enabled, but 3D effects did not work until I clicked on Applications > System Tools > Compiz Fusion icon. 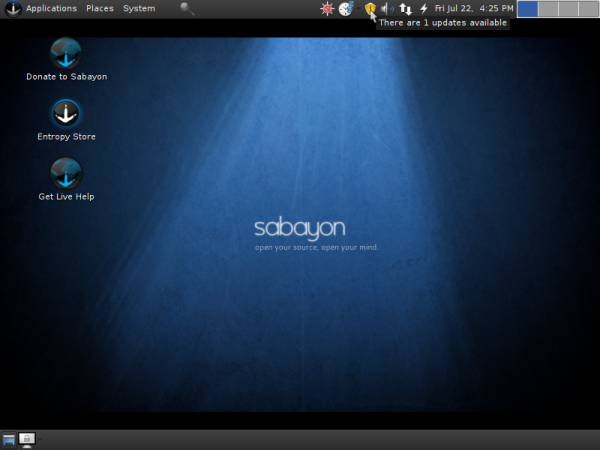 What surprised me about the default behavior of different aspects of the desktop is that the same issues I raised in a review of Sabayon 5.3, back in July 25, 2010, just one day shy of one year, were not addressed in this edition. For example, the device notifier (auto-mounter) does not work, so if you pop in an audio CD, you have to start Exaile, the installed music player, and open the CD from its menu before you can enjoy your favorite tunes. The same is true with a video DVD.

Even my test printer, an HP Deskjet F4280, which other distributions will auto-configure, was not. And when I attempted to configure it manually, the model was not in the printer database.

Installed And Available Applications: The list of major applications installed out of the box include:

Chromium is the only Web browser installed, but Firefox 5 and Opera 11.50 are available for installation. Adobe Flash plugin and Java JRE are installed, and with libdvdcss installed, Totem, the installed video player, has no problem playing encrypted video DVDs, Essentially, the system comes loaded with all the applications that most users will need. Need some application that is not installed? Use the package management system to search the repository and install it.

Package Management: Entropy is the package management system of Sabayon with equo as the command line utility and Sulfur, the graphical interface. For most users, Sulfur will likely be the easiest method for managing applications. By default, Sulfur starts with a simple interface, but the advanced interface (Sulfur > Advanced Mode) offers a better window for managing applications on the system. 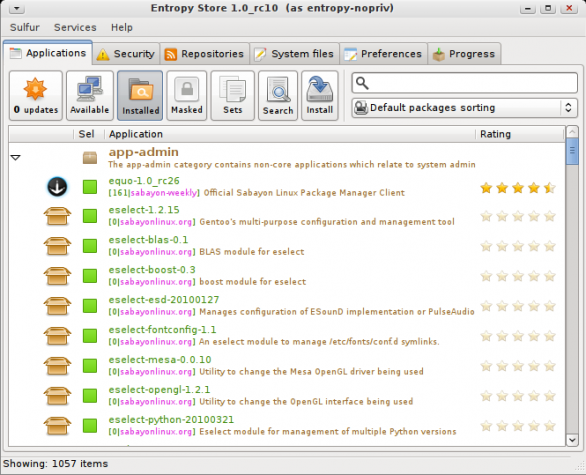 (I have a netbook btw) I was eager to try 2 distros, this one and Chakra Linux, Sabayon looked amazing buuut the installer kept bombing out on me with an “unhadled exception” and Chakra also had issues with the Disk setup but after installed, 2 weeks later it got very bloated so i installed Crunchbang ._.

Nice review of Sabayon GNOME.
If you want to get KDE version review, welcome here:
http://linuxblog.darkduck.com/2011/07/bravo-sabayon.html