Sabayon is a Gentoo-based, Linux distribution with support for binary package installation. Installation images for the major desktop environments are regularly published and updated. The KDE and GNOME 2 editions of the latest, Sabayon 6, were released just last week. June 23, 2011, to be precise. This article presents a comprehensive review of the KDE edition. A review of the GNOME 2 edition will be published sometime next week.

Before delving into the review, I should point this out about Sabayon 6. When the graphical package manager, Sulfur, is started, a message from the package maintainers duly informs you that (message in screenshot): 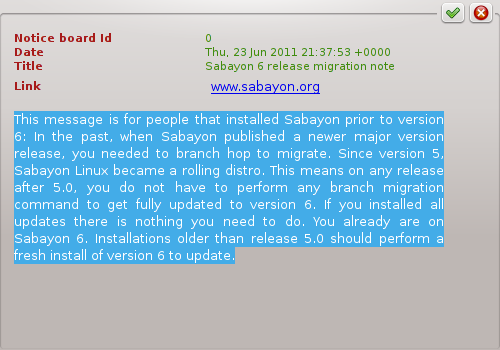 Ok, let’s get started with this review, which by tradition, starts with a look at the …

Installer and Installation Process: Before the installer starts, you, of course, have to get past the boot menu options, which Sabayon gives you a bunch to choose from. No other distribution I have reviewed, gives you this many boot options. The brand of music that accompanies the music option is usually not my type of music, so I always boot Sabayon sans music. 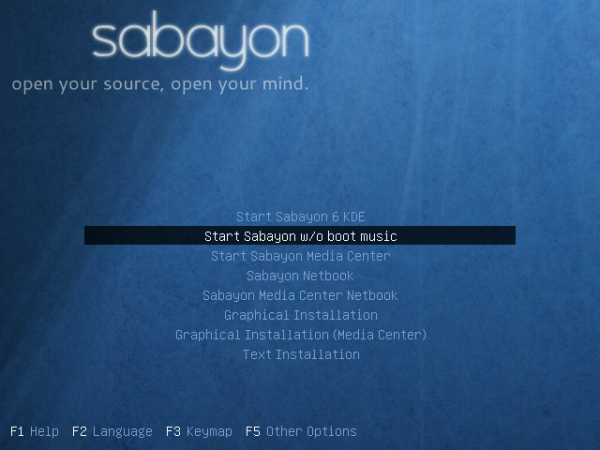 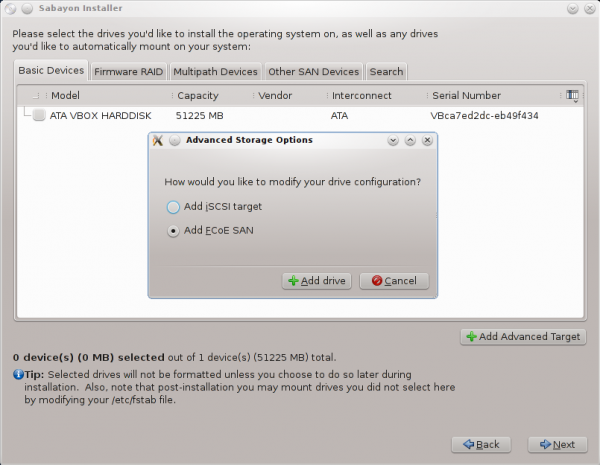 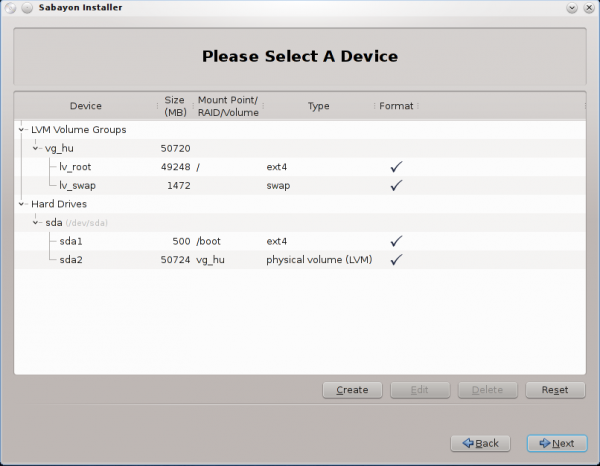 Desktop: Sabayon 6 KDE is powered by KDE 4.6.4. On a computer with 3D-accelerated graphics, the built-in KDE desktop effects works out of the box. Keep in mind that the 3D effects is not as smooth and as polished as that provided by Compiz.

The desktop uses the Kickoff menu, a menu style which requires far to many clicks just to access applications that are not in the Favorites column. My first order of action, whenever I log into a new installation of a KDE distribution, is to change the menu to the classic style, or add the Lancelot widget menu, a menu type similar to mintMenu, the menu application on Linux Mint. You may view two images representing different views of the Lancelot menu here. 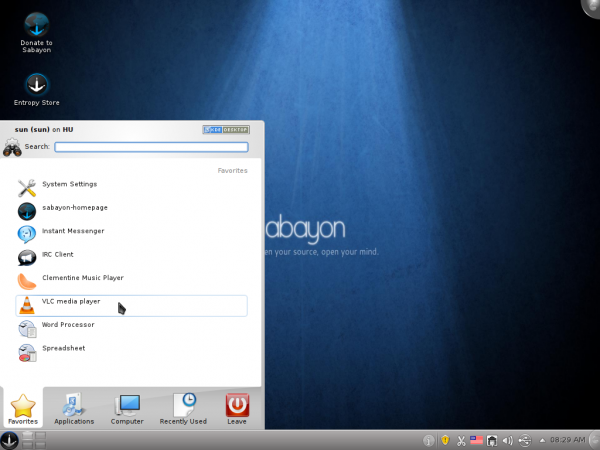 The KDE Plasma Netbook interface is my favorite of the handful of modern desktop interface. The problem, on all KDE distributions I have reviewed, is that its default configuration does not match that of the classic KDE desktop. On the one in this release of Sabayon 6, for example, seven of the eight applications in the Favorites column (of the Desktop interface) are not in the Favorites pane of the Netbook interface. Adding them is an easy, 2-step task, but it would be better if the developers made sure that default setup on both ends of the desktop interface are same or as close as possible. 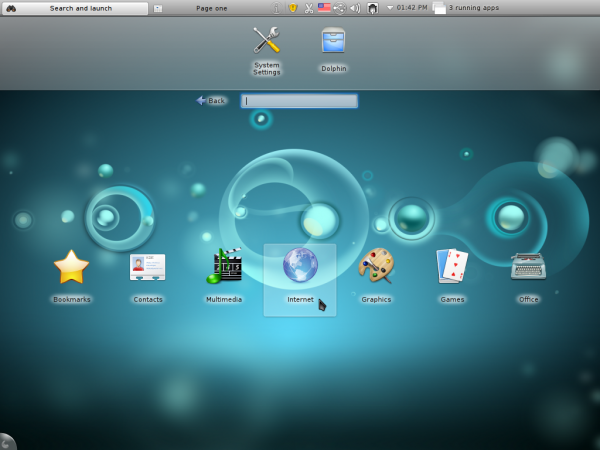 Here is a modified version of the KDE Plasma Netbook interface. I added the same favorite applications you see in the menu of the Desktop interface to the top (Favorites) pane, plus a few more that I installed. The beauty of this interface is that you can add or remove applications from the Favorites pane with just one mouse click. A scroll bar on either end will ensure that it can hold an unlimited number of applications. And you move an application’s icons simple by click-dragging it to the new position. 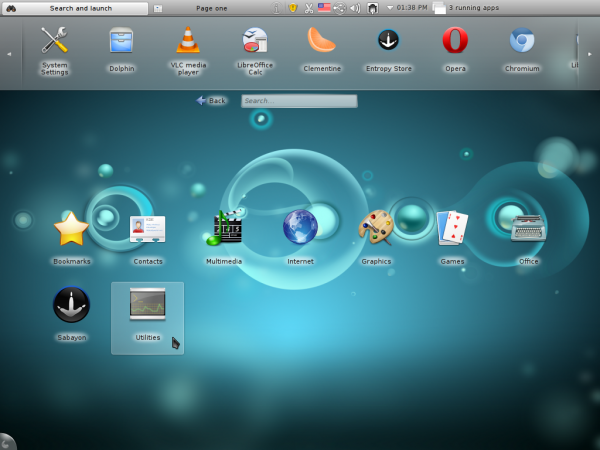 Installed and Available Applications: The list of installed applications includes:

@Pia – Thanks for the tip, I tried tit online, it worked!

Another review of Sabayon 6.0 KDE for those who is interested:

A rather cavalier blowing-off of XBMC working on this distro, I would say. Especially considering that the initial update to the system after installing results in XMBC working just fine.

I downloaded the 64 bit ked iso. On my Linux box with a 2 year old pretty good ATI video board, it will neither boot, nor install, not even in either safe or text mode. It does work fine booting my Windows box with a 2 year old nVidia board. Thus, to me my favorite distro, is now dead. I can find no solution. Do you know of any?

No, your favorite distro is not dead – it is only getting better! OK, they have a small installer problem this time with some machines but underneath that is a treasure. The package manager is superb and the system very stable. Try this: Be online. Prior to hitting the installation icon, open a terminal and type “sudo liveinst-update-quick” and let it run. Now install normally.

Thanks for your attempt to help. However, booting to the console just gave a black screen. This just does not work with Radon HD 4600 series video board, making it a total deal breaker.

However, I reinstalled Sabayon 5.5 and updated it, which should give version 6, and it works fine, except it still had the old kernel. So I manually upgraded to the Sabayon version of .39 kernel, and discovered that I get only a black screen, even in recovery mode. It will boot, however if I choose the .39 kernel. So the issue is in the kernel version of Sabayon 6, a rather serious problem, in my view.

This is one of the reasons the team should release at least one Release Candidate for testing. You may want to pass your concerns to Sabayon’s dev team. Hope they respond without telling you that their’s is a rolling distro.