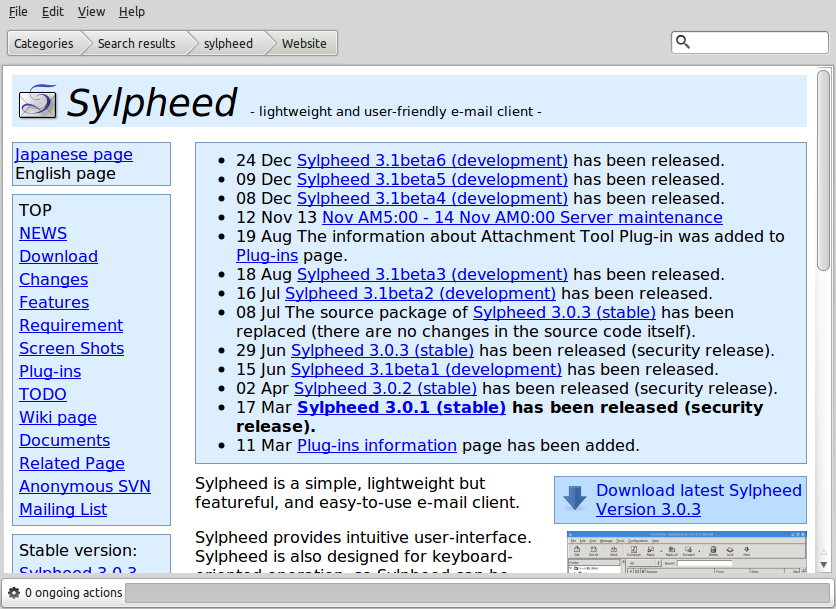 Though Mozilla Thunderbird is the installed email client, Sylpheed, another email client with a better set of features, is also available for installation. The version in the repository is 3.0.2, but the latest stable version is 3.0.3.

Note: The latest stable version of PlayonLinux is 3.8.8, but the version in the repository is 3.7.6. 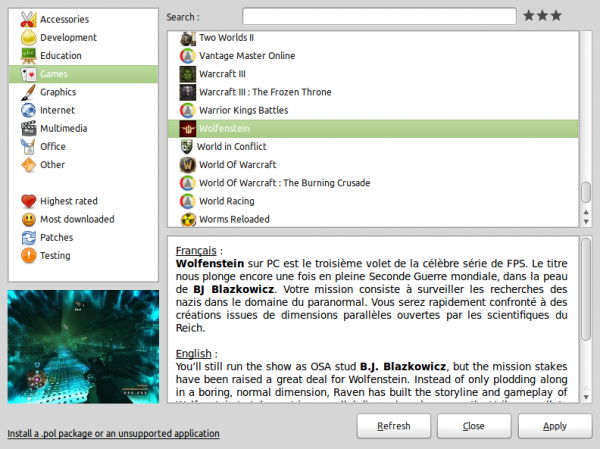 Administrative Tools: The graphical administrative applications on LMDE are the same ones you are used to on the Ubuntu-based edition. All are accessible from the Control Center and also from Menu > Administration, and Menu > Preferences. There is the Disk Utility, Users and Groups, Backup, and Domain Blocker (mintNanny) management tool. The Domain Blocker is a light-weight parental control tool. Nanny, which you can read about here, is a better and more feature-rich parental control application. It is in the repository of the main Linux Mint edition, but not in the repository of LMDE. 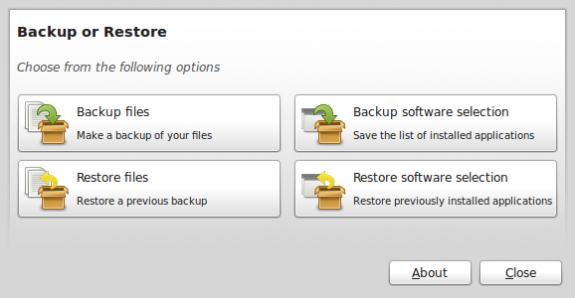 mintBackup is most useful when you need to backup your home folder to an external device. 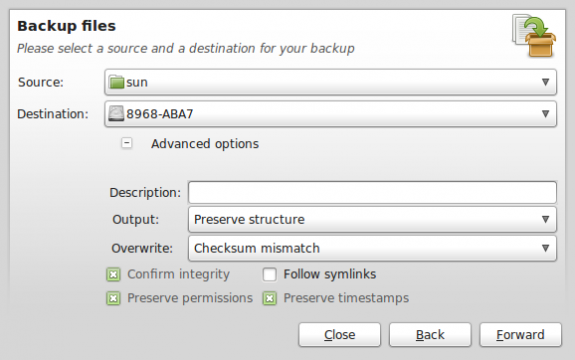 Security: Just like with the main Linux Mint edition, LMDE ships with Gufw installed. Gufw is the graphical interface to ufw, Ubuntu’s user-friendly, command line interface to IPTables, the Linux firewall tool. You may use this guide as an aid to setting up Gufw. It was written for Ubuntu 10.10, but all the configurations steps also apply on LMDE.

Media and Hardware Detection: A DVD video inserted into the optical drive will be opened automatically in Totem, and with libdvdcss installed out of the box, it will play both encrypted and non-encrypted videos. Due to a configuration error, VLC, the other video player installed by default, is unable to play DVD videos. This forum post shows you how to fix it. Audio CDs open automatically in Rhythmbox, the default music player.

As on the main Linux Mint edition, an HP printer connected to the computer was configured automatically.

Final Thoughts and Suggestions: On a running system , there is nothing that tells LMDE apart from the main Linux Mint edition. The administrative tools are the same, and the wallpaper, too. Other than the promise of rolling updates, you could not tell that you are running a different Linux Mint edition. The developer(s), by my assessment, have done a good job. But there is always something that is not done right, that needs fixing or retooling. The installation program is one of those and here what I think needs to be done to fix it: