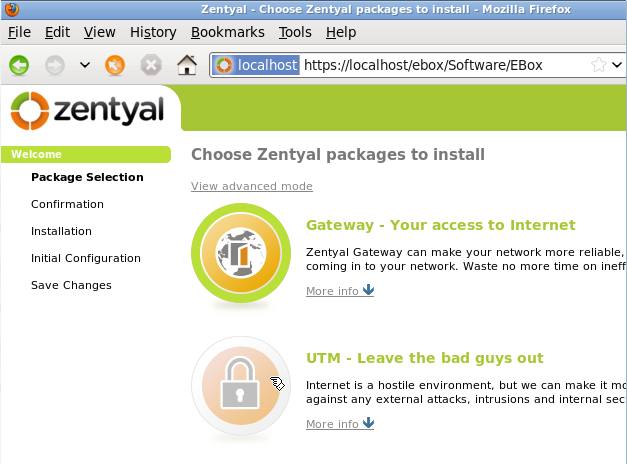 Zentyal, the Linux distribution formerly known as eBox Platform, is a server distribution which can be used as a network gateway, unified threat manager, office server, infrastructure manager, and a unified communications server. The latest release, the first under the Zentyal name, is based on Ubuntu server 10.04. For installing the base system, it uses the same installation program as Ubuntu server.

Zentyal’s default installation uses an LVM-based disk partitioning scheme. The installer creates just two logical volumes and allocates all the available disk space to both. Though LVM, the Linux Logical Volume Manager, is the recommended mode of disk partitioning for both server and desktop systems, Zentyal’s use of LVM is not optimal.

This tutorial provides a step by step on how to configure LVM properly for a server installation. Not just plain old LVM, but an encrypted LVM. Encrypted LVM, or full disk encryption in general, is one method that you can use to enhance the physical security rating of your server.

To start, boot up your server with the installation CD, and select Install Zentyal 2.0 (expert mode). Enter.

To reduce the number of images used in this tutorial, images from the next seven steps have been omitted. Those images are for the following steps: Language selection, country, keyboard detection, keyboard origin, keyboard layout, hostname setting, and time zone confirmation. The next image is from step nine of the installation process, and it is where the disk partitioning starts.

These screenshots were taken in a virtual environment, so the disk space is not what you would have on a real hardware. In any case, to create the first partition, select the free space as shown. Enter.

Note: For this custom LVM installation scheme, we are going to create a separate /boot partition, and an encrypted Physical Volume from the remaining disk space. The Volume Group created from this will have six Logical Volumes, one each for the following file systems: /, swap, /usr, /var, /tmp and /home.

Specify the partition’s size. Since this is going to be the partition for /boot, 500 MB should be more than enough. Enter.

Go with the default. Enter.

Again, the default is it. Enter.