How to install and configure NTP on Sabayon 5 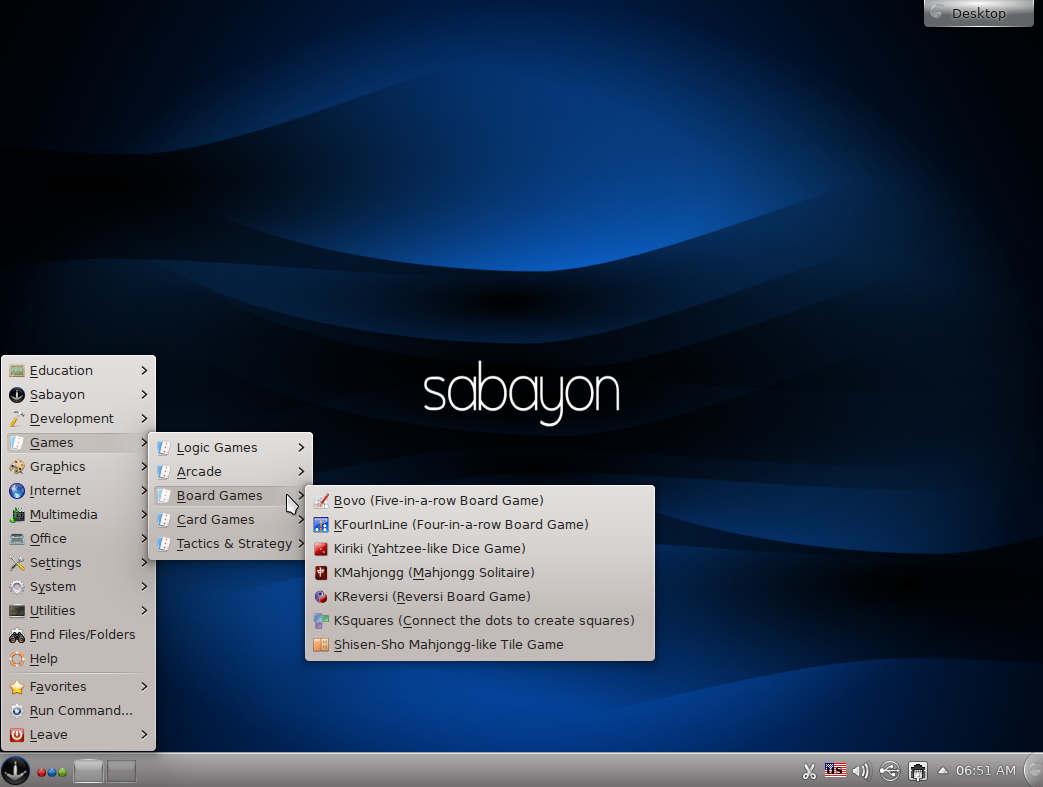 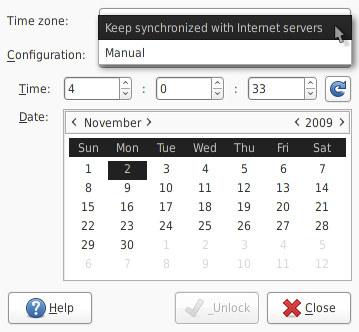 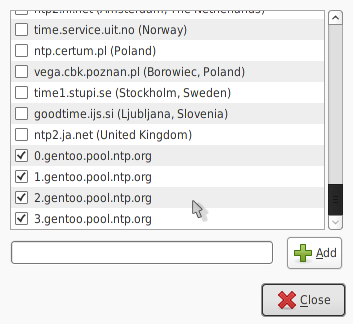 In this tutorial you start the ntp-client manually by using the command:

However that command would not cause ntp-client to be started automatically when you reboot; it only starts ntp-client for the current session.

Don’t you also have to add net-client to the default runlevel so that it starts automatically when you next boot?:

Or does using ‘Kickoff > Computer > System Settings > Date & Time’ to configure KDE 4 to synchronise automatically with an NTP time server add ntp-client to the default runlevel for you?

Having now configured a couple of PCs to sync their system clock by using NTP, I can answer my own question regarding ntp-client:

Although I have read on some sites that /etc/init.d/ntp-client should be added to the default runlevel in order to read the time from an NTP server (once-only, during start-up), this in fact does not work because usually the network connection is not up by the time the ntp-client initscript runs. Some solutions to this problem are given in the Sabayon Linux Forums thread http://forum.sabayon.org/viewtopic.php?f=59&t=15119

If you are using NetworkManager on your PC, an elegant solution is to use NetworkManagerDispatcher to restart ntp-client in order to resync your system clock every time a network connection comes up. Another way is to create a cronjob to run the ntpdate command or the “/etc/init.d/ntp-client restart” command. Yet another way (a ‘quick-and-dirty’ solution) is to delay running ntp-client until the network is up after boot by putting e.g. “sleep 10s && /etc/init.d/ntp-client restart” in /etc/conf.d/local.

Regarding the NTP daemon, it is possible to set this to run at start-up from the command line rather than via a Desktop Environment GUI. The command:

will add the daemon’s initscript to the default runlevel so that it is run automatically at next startup, and the command:

If you make clock_systohc=”YES” in the file /etc/conf.d/hwclock then the time in the system clock will be written to the BIOS (CMOS) clock (a.k.a. hardware clock) when you shut down your PC. Sabayon Linux has the file configured this way by default.

Note that, by default, the NTP daemon won’t correct, all in one go, a time difference between your system clock and the remote NTP server if that difference is above a certain size. However, if you want to override the default behaviour, i.e. allow the NTP daemon to make a large first adjustment to the system clock, you can set the environment variable NTPD_OPTS in the /etc/conf.d/ntpd file as follows:

This would mean that you would not need to run ntp-client before ntpd. However, if you run ntp-client automatically — either once after start-up or periodically — then that would be good enough for the typical desktop user and could be an alternative to having a continuously-running NTP daemon. Nothing stops you doing both if you want, of course.

Thank you. For something this detailed, perhaps you should post it in the forum.

Btw, running NTP is not as involved on a Debian-based system. It just works.