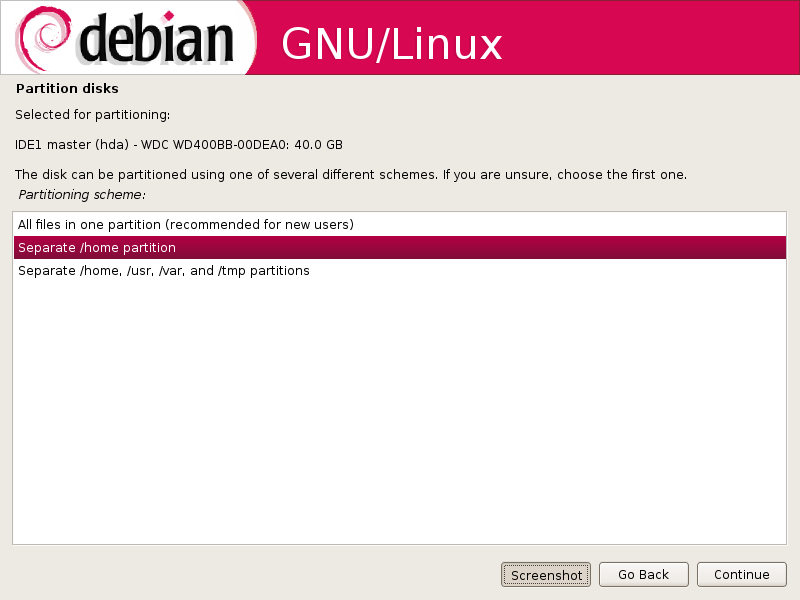 Debian 5 is the latest release of Debian GNU/Linux, one of the original Linux distributions. Known for it’s rock-solid stability, more Linux distros are derived from Debian, either directly or by proxy, than any other Linux distro. If you are new to the world of open source operating systems and are trying to decide whether to try Debian, this review is for you.

This review is based on a default installation. This means it is essentially a review of the Gnome desktop – on Debian 5.

Installation: The Debian installer is fully-featured, and caters to both pros and noobs alike. The “entrance” to the installer has been spiced up in this latest release. Upfront, you get an Install option, which is an ncurses-based mode of installation, a Graphical install option, and an Advanced option. Under Advanced options, the installer presents automated modes for the Install and Graphical install options. Whether you choose the Install or Graphical option, it takes just too many steps to install. Some of these steps could easily be combined into one. That’s just about the only complaint I have about the installer.

Logical volume management, via Linux Logical Volume Manager (LVM), is supported. Setting up a Redundant Array of Inexpensive Disks (RAID) and disk encryption are also supported. For journaling filesystems, Ext3, Reiserfs, JFS, and XFS are supported. Ext3 is the default. Other filesystems supported are Ext2, Fat16, and Fat32. For a bootloader, GRUB (GRand Unified Bootloader) is the default option.

Default Installed Applications: With Debian 5, what you get are the same set of applications you will find on a stock Gnome desktop. Not bare-bones, but nothing really very exciting. Here are some of the most important ones:

Aside from the above, you also have the stock set of games and desktop accessories installed. Keep in mind that as with any other Linux or BSD operating system, virtually all applications you could ever need for every-day computing are available from the repos, and you can easily install them yourself. Plus, like the operating system, they are all free. Most are also open source.

Administration: Access to admin rights on a Debian system is via the traditional root user account. Unlike a distro like Mandriva, which has custom-built admin tools, virtually all the admin tools you will find on a default installation of Debian 5, are the same ones you will find on any Gnome desktop. You will find them under System > Administration, System > Preferences, and Applications > System Tools. The gui front-end to the user management utility, for example, is located under System > Administration > Users. You use this utility to add/delete users/groups, and assign privileges to users/groups. 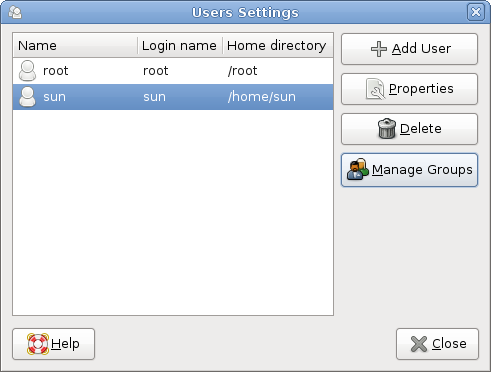 Media and Hardware Detection: If you chose the default installation, which this review is based on, you will be using the Gnome desktop. Hardware and media detection is good. Plug in a printer, for example, and the system will auto detect and configure it for you – ready to accept print jobs. Try a USB stick, and it will mount it and open its contents in Nautilus, the Gnome file system browser.

Audio CDs open automatically in Sound Juicer, a light-in-features music player. Want to use a different audio player with more features? Try Rhythmbox, which is also installed by default. For playback of DVD videos, Totem is installed, and will handle both regular and encrypted DVD videos.

I agree debian is the best linux distribution, i have mine setup to perfection i modified the grub2 and have it duel booting win 7 and lenny to choose on startup just did advanced install and a xorg gnome-core gdm, to get a nice basic system and build what i wanted on it from there, and you can have a gui firewall firestarter like i have and moblock IP blocker, if you want to learn debian is a solid choice for a OS.

I think the reviewer misses what Debian is .. A pretty advanced distribution designed for the Linux savvy…

You will never see a graphical firewall in Debian, you will never get included codecs etc – and I for one am happy for that. If ever there was any lawsuit against Linux Debian could not be brought down, et al.

Debian’s strengths like Slackware – lay in it’s ‘barebones’ philosophy it allows one to build a desktop, a server, a machine, anything you want.

If you want a ‘Desktop’ ready distribution just download Ubuntu or Mepis (I think it’s based on Debian.)

“You will never see a graphical firewall in Debian,”

And what’s the reason for that?

“You will never see a graphical firewall in Debian,”

You would do if you installed Firestarter which is listed in the repository!

By the way: Ubuntu is based on a Debian testing snapshot. Testing can’t be so bad then. Sidux is based on Debian SID, but it isn’t unstable at all if you check the Sidux page before a dist-upgrade…

By the way: Ubuntu is based on a Debian testing snapshot. Testing can’t be so bad then.

1. “For a bootloader, GRUB (GRand Unified Bootloader) is your only option”. It’s not true. LILO and GRUB2 are also available. You can choose them using advanced install option.

Btw, I should point out to you that the “D” is for Disks, and not Discs. 😉

But, hey–my 1992 Novell Networking dictionary listed over 5,000 acronyms at that time. How in the world could anyone possibly remember the multitude of acronyms in existence today? 🙂

“Finally, Debian’s browsers should come with all the plugins needed to render multimedia and other special content (java applets, for example) on the Web.”

Since that is against one of the main philosophies of the distro, that won’t happen.