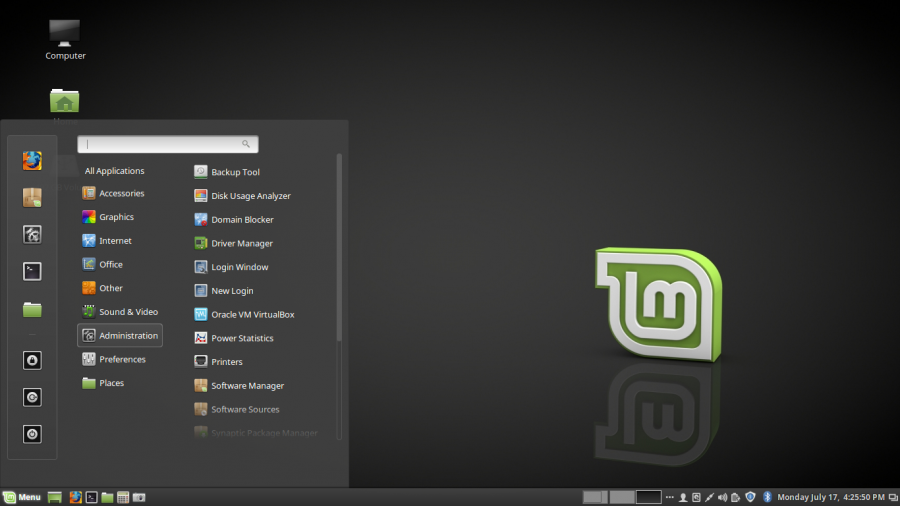 Since I started mining Ethereum with my main desktop computer, my Lenovo G50 laptop has become my main computer. Aside from the Windows 10 that shipped with it, it also has three Linux distributions installed on it, with Linux Mint being the one I use most often.

Because it crashed, the desktop was then operating in fallback mode. To restart or not to restart? That’s was the question, my friends! Not knowing what to expect, because I likely had unsaved documents, I chose to restart. 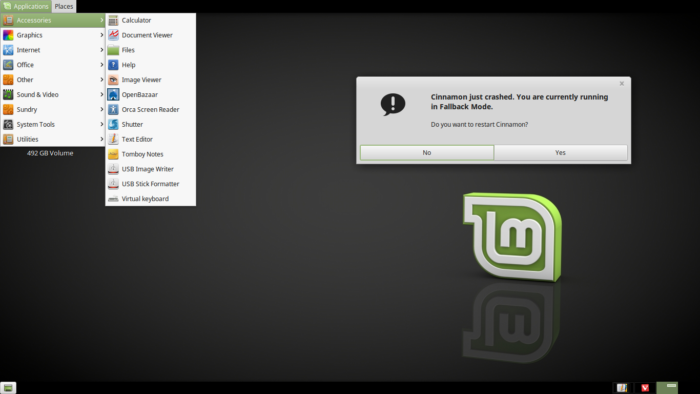 Restarting a Cinnamon desktop means restarting just the desktop itself, not the whole operating system. It’s a really neat feature. After restarting, which seemed more like a refresh of the desktop, I was back to a normal Cinnamon desktop. And, thankfully, I didn’t lose any unsaved work. The bad news is, since that first crash, it has crashed four more times. 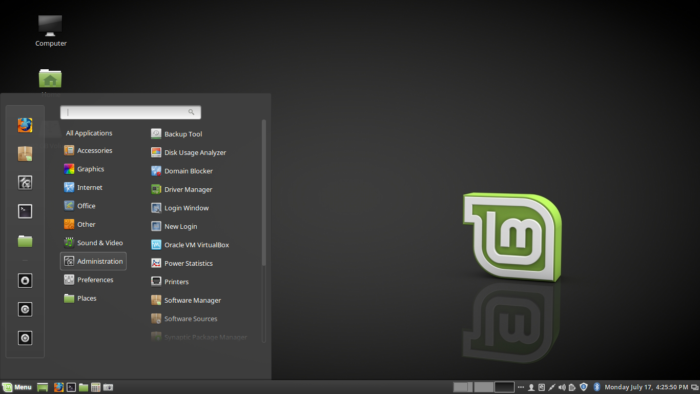 Figure 3: Linux Mint 18.2 in normal mode after the Cinnamon 3.4.4 desktop was restarted

So my shiny new Linux Mint 18.2 desktop running Cinnamon 3.4.4 is very buggy. Unfortunately, Linux Mint, as far as I know, does not provide a means to auto-report issues. So if you’ve been planning to upgrade to Linux Mint 18.2 Cinnamon. be prepared for the occasional crash.