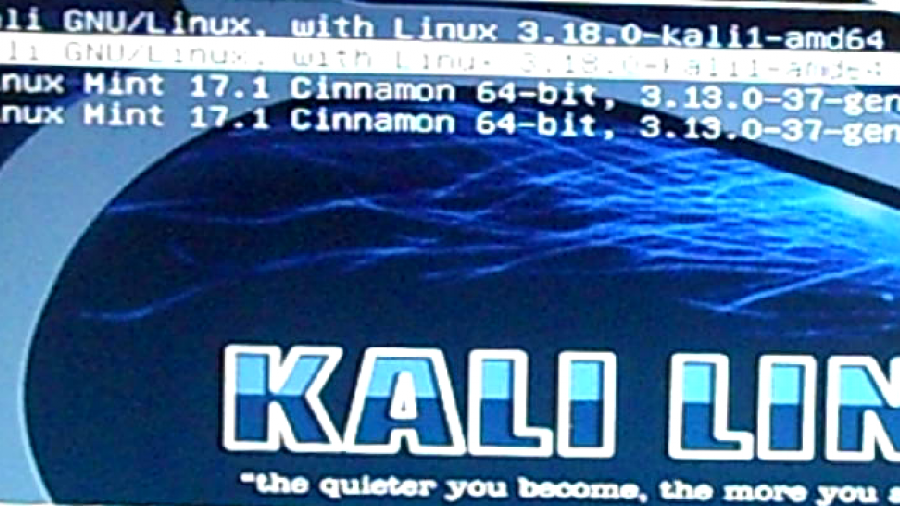 What you’ll read in this tutorial is simple: How to triple-boot Windows 7 (or Windows 8), Linux Mint 17.1, and Kali Linux 1.1 on a single hard drive and on a computer with UEFI firmware.

This article is, in a sense, a continuation of how to Dual-boot Linux Mint 17.1, Windows 7 on a PC with UEFI firmware, which was published yesterday (February 27 2015). Extending that setup to include the latest edition of Kali Linux was not simple, but it was not difficult either.

You just have to know how to get around a couple of steps that could cause it to fail. But for you, the task has been made easy, because this tutorial offers a step-by-step guide on how to get it done.

How To Get From Here To There: To accomplish this task of triple-booting Windows 7 (or Windows 8), Linux Mint 17.1, and Kali Linux 1.1 on a single hard drive and on a computer with UEFI firmware, you, of course, must have access to a Windows 7 (or Windows 8) computer that you have permission to use. My test computer is a self-built desktop, but the steps should also work on an OEM (store-bought) laptop or desktop. 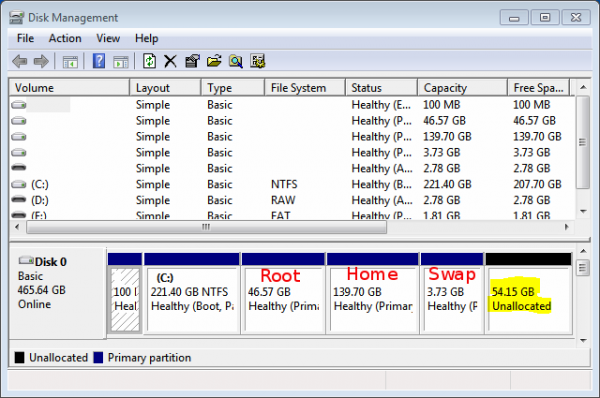 Step 1 – Download Installation Image of Kali Linux 1.1: After installing Linux Mint, the next step is to install Kali Linux on the available free space. But before we get to the installing part, first download an installation image (of Kali Linux 1.1) from the project’s download page. Assuming that you’re working from inside your fresh installation of Linux Mint 17.1, transfer the downloaded image to a USB stick using the command given in this forum post.

Step 2 – Install Kali Linux 1.1: If you completed Step 1 successfully, you should have a bootable Kali Linux USB stick. Connect it to a USB port on the computer and reboot. Just before it reboots into the default disk, access the computer’s boot menu by pressing the appropriate F-key (usually F11 or F12). You should see two entries for the Kali Linux installation media. The line that starts with UEFI will boot into the UEFI-aware version of the installer. That’s the one you want to boot from. So select it and hit the ENTER key.

By default, that should boot the computer into the Kali Linux 1.1 Live desktop. Launch the installer from the menu, then click through it until you get to the step shown in Figure 3. The easiest method of going about this is to use the default option – Guided – use the largest continuous free space. That option will detect and auto-partition the free space left after installing Linux Mint 17.1 (refer to Figure 1). 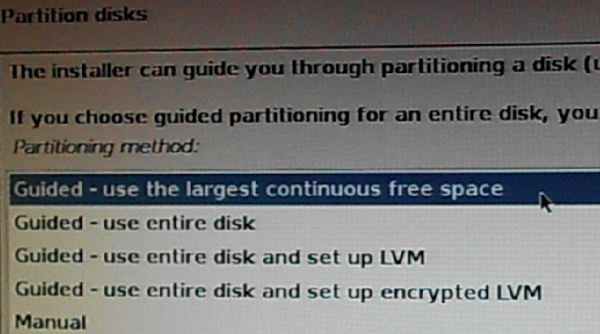 To avoid running into the issues shown in Figure 6 and Figure 7, jump to the instructions for Figure 8.

Figure 6: Error when the installer does not find a EFI boot partition.

Figure 7: Warning when the installer does not find a Swap partition.

Figure 8: Double-click on the boot EFI partition to modify it.

That should open this window. Double click on the Use as line, then from the list that shows up, select EFI boot partition. 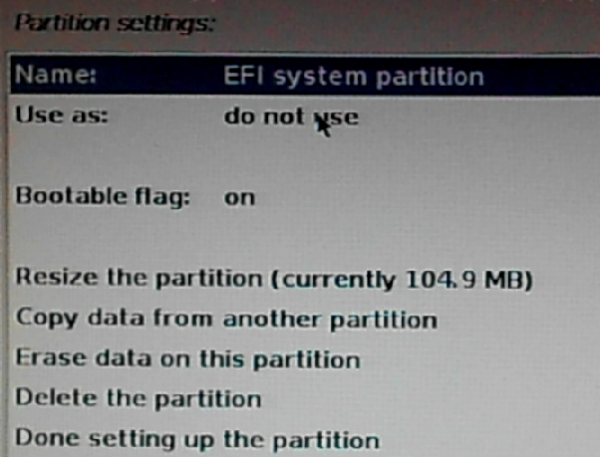 Figure 9: Modifying the “Use as” option for the EFI boot partition.

If completed correctly, the Use as line should look like the one in Figure 10. Click Done setting up the partition to return to the main installer window. 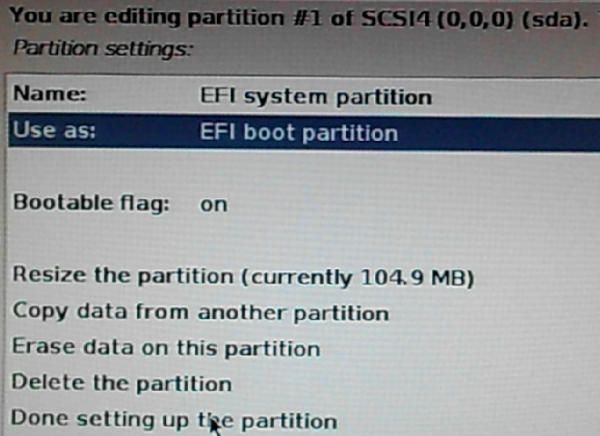 Now let’s make sure that you won’t encounter the warning shown in Figure 7. To start, double click on the line for the Swap partition.

Figure 11: Double-click on the Swap partition to modify it.

Then double click on the Use as line. From the window that opens, select swap area. 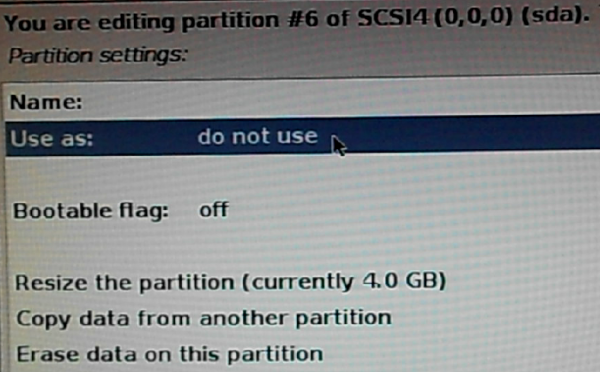 Figure 12: Modifying the “Use as” option for the Swap partition.

If completed correctly, the modified setting should appear just like the one shown in Figure 13 below. Double-click on Done setting up the partition to return to the main installer window. 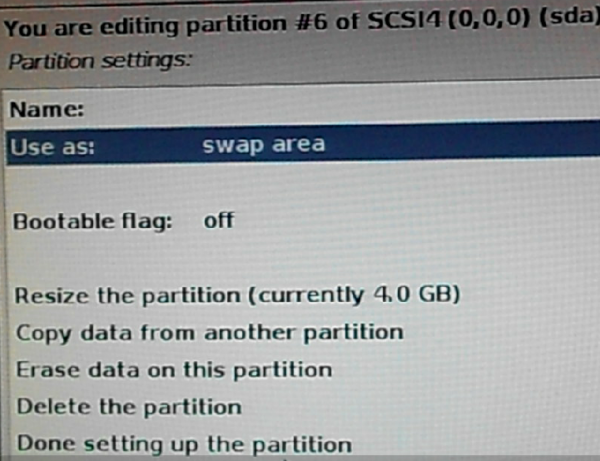 Back to the main installer window, all should be set to go. Make doubly sure that everything is kosher, then click Continue. 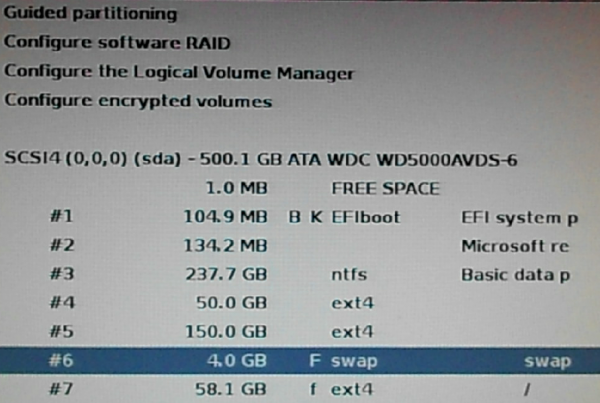 Figure 14: Complete list of partition for the triple-boot setup.

This is just the installer letting you know what partitions it’s going to format. Select Yes, then click Continue to complete the remaining installation tasks. 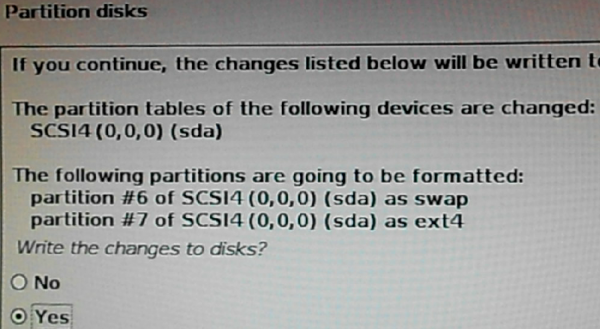 Figure 15: Swap and root partition will be formatted.

Step 3 – Reboot And Rerun GRUB-update: After installation has completed, hopefully, successfully, reboot the computer. It should reboot into Kali Linux 1.1, but not before making a stop at the GRUB menu window. As shown in Figure 16, there will be no entry for Windows 7, but that will change after running the necessary command. 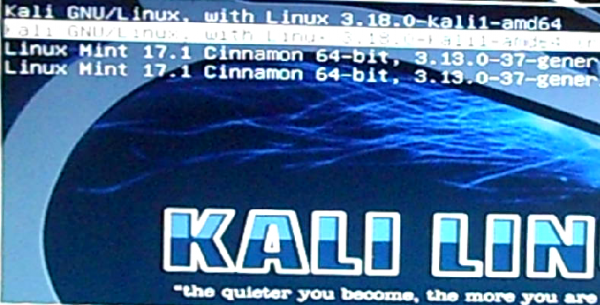 While inside Kali Linux, launch a terminal, then type

Related Post:  End-to-end Machine Learning with TensorFlow on Google Cloud Platform
update-grub. The output should be just like the one shown in the code block below.
Related Post:  You'll need to do this after installing Elementary OS 5 Juno
Output of `update-grub`
Shell

When next you reboot, the Kali Linux GRUB menu should now have an entry for Windows 7. To verify that the whole operation succeeded, reboot into each operating system in turn. If there are no issues, enjoy your triple-boot system, and pat yourself on the back. 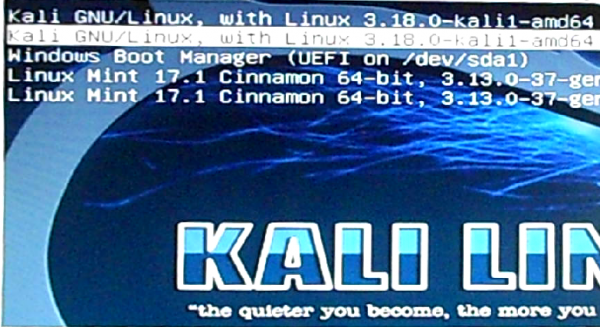 More Information: Note that because Linux Mint 17.1 was installed before Kali Linux, its GRUB menu will not have an entry for Kali Linux. To change that, launch a terminal and type sudo update-grub. The output should be just like the one shown in this code block:

After rebooting, you should see entries for all three operating systems on the GRUB menu, similar to what you have on the Kali Linux GRUB menu. Again, enjoy your system. Correction and comments are always welcome.