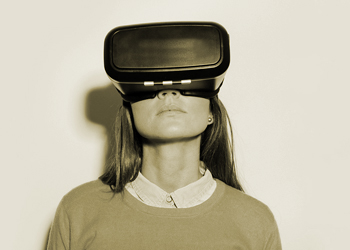 Linux is not one of the more popular operating systems, so it comes as no surprise that there are limited options when it comes to virtual reality on Linux distributions. However, the VR industry does realize that many users and web designers do use Linux and they are starting to create devices that offer Linux support and compatibility. While the options are still limited, there is hope for VR compatibility with Linux in the future. And since VR is only going to see wider adoption, it is important for it to be able to be enjoyed no matter what operating system individuals are using.

Virtual Reality is on the Rise

Virtual Reality is not a new concept, but it is not being used in ways one could never imagine. It is being introduced to many industries and has changed the way people enjoy video games and even gambling activities. The technology is on the rise and with new devices being created at lower costs, it is believed that VR will surely pave the way for future concepts and will offer the most life-like experiences regardless of how it is being used. With the growing popularity of VR, individuals are looking forward to new gaming experiences, new ways to watch movies and films and even new technology that will affect the healthcare field and enhance treatments for many diseases and conditions.

Unfortunately, many of the VR devices that have been created have not supported Linux in the past. Luckily, due to the ever increasing popularity of Linux on the desktop, many of the newer devices are compatible with Linux and will offer the support needed. These will include a variety of devices like gloves and goggles and there will also be an increasing number of Linux based apps that support VR experiences. So it’s expected that with time, many more devices will offer support.

Prominent Industries that Use VR

As one would expect, virtual reality is being used on many forms of entertainment, with gaming being the most popular. Not only are there virtual reality console games, but those that enjoy gambling will also find some great VR casinos being offered online. These games take players to the casino floor, where they can see all the games in 3D and interact with other players. And you can try them online and win real money payouts with a life-like experience.

The automotive industry has also been incorporating virtual reality technology. The Ford company has created an Immersion Lab that offers a sense of how drivers experience their vehicles. This is done through the use of Oculus Rift headsets. Audi is also planning to make use of VR by offering buyers the option to look at cars and customize colors, inlays, interior design and electronic systems. Toyota is another company that makes use of the latest VR technology and it offers the TeenDrive365 campaign, where teens can be educated about distracted driving by using driving simulators and sensors.

There are many other industries that have found the many benefits of virtual reality, such as tourism, advertising, military, law enforcement and even skilled trades. Often used as a training aide, virtual reality headsets and software have become an important part of many industries.

The History of Virtual Reality

Virtual Reality was a term that was first used in the 1980s when the founder of VPL Research began to create and develop gear to experience virtual settings. While this was when consumers started to hear the term, VR was used far before that. In 1956, the Sensorama experience was introduced to create a simulated real city environment to make people feel like they were in a movie. The 1980s proved to be a significant time for the development of virtual reality as it was being used by the NASA Ames Research Center to offer a head mounted device that would enable people to move around in virtual space. In the 1990s, the technology made its way to gaming consoles like the Virtual Boy from Nintendo, a system that offered a virtual gaming experience. Sega also had a similar device.

Moving Into the Future

As more companies begin to push VR devices and products into the marketplace, we will see a greater rise in popularity of such products. So many more people will begin to experience virtual worlds, making it easier to see and experience things without ever leaving home. The VR technology is ever changing and is always being enhanced. With new devices, better apps and many uses, VR is the future of technology and will be something that will soon affect everyone in the world.