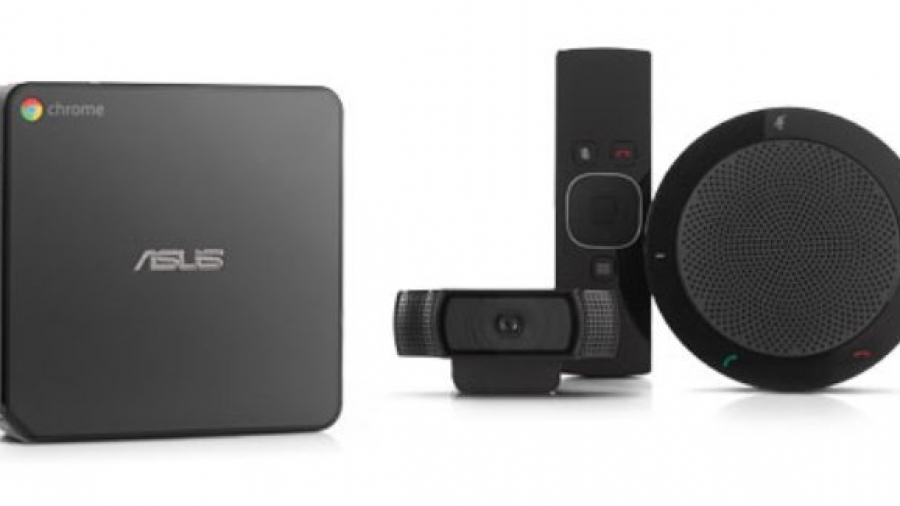 The Chromeboxes are here, and knowing how these things go, there will be more to come.

The Chromebox is a small form-factor computer powered by an Intel processor and running Google’s Chrome OS. So far, the models from ASUS and HP have the same connectivity – 4 USB 3.0 ports, an HDMI port, DisplayPort, Ethernet and dual-band Wi-Fi N (802.11 a/b/g/n), and a 2-in-1 card reader. Internal storage will e provided by a 16 GB M.2 (NGFF) SSD.

From information released by ASUS, there will be three models of its Chromebox, based on the type of Intel processor inside. The low-end model will be powered by Intel® Celeron™ 2955U processor, the mid-range model will have an Intel® Core™ i3-4010U processor inside, while the high-end model will be powered by an Intel® Core™ i7-4600U processor. The price tag will start at $179.00 USD. Guess which one will carry that price tag. They will be available for sale in March (2014),

This screenshot shows the front and rear view of the ASUS Chromebox. 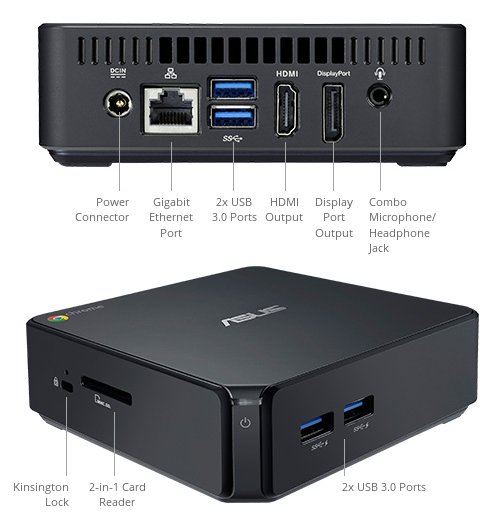 HP did not release much information about its own line of Chromeboxes other than the fact that thye will come in four different colors, and that there will also be a Chromebox for meetings powered by an Intel i7 processor. This screenshot shows the four color models of the HP Chromebox. According to HP, they will be available for sale this Spring. 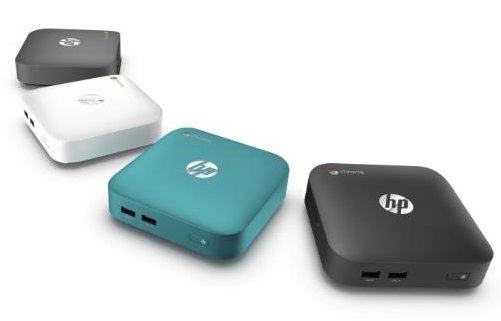 Google Chromebox for meetings extends the functionality of the Intel i7 model of the ASUS Chromebox by adding a full HD 1080p camera, external microphone and speaker system, and an RF-based remote control that has a full QWERTY keypad on the rear. The result is a platform for conducting virtual face-to-face meetings at a price starting from $999.00 USD. This screenshot shows the components of a Chromebox for meetings.