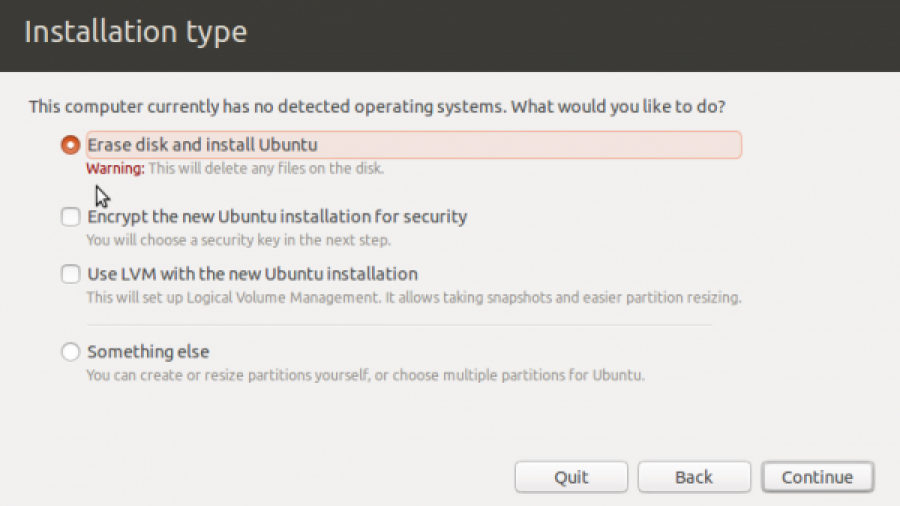 Soon after I got my paws on a Windows 8 Pro installation DVD, I began what I thought would be a simple process of setting up a dual-boot system between it and Ubuntu 12.10 Desktop on an SSD. The SSD is a 2.5″ 128 GB unit from OCZ Technology Group, Inc., which I have already used to dual-boot Windows 7 and older versions of Ubuntu.

The computer I used is the same one I’ve used in the past, a system I assembled using an ASRock motherboard. The board has a UEFI firmware. The process was the same. Install Windows 8 Pro first, then attempt to install Ubuntu 12.10 Desktop alongside it.

Usually, that should not be a problem, but Ubuntu 12.10’s installer could not detect the Windows 8 installation on the SSD. This screen shot shows the disk partitioning methods step of the installation process. 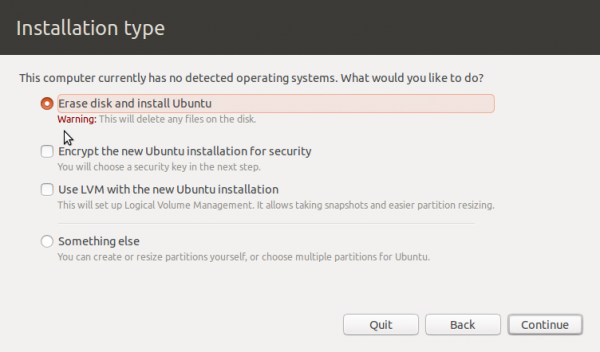 Switching to the installer’s Advanced Partitioning Tool does not help, as it clearly reports that the disk does not even have a partition table. I also gave it a shot with the installation DVD of Ubuntu 12.04, with the same result. 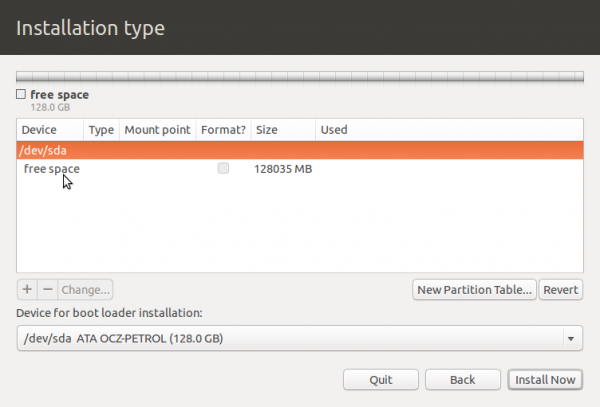 However, using an installation CD of Fedora 17 gave a different result, as it correctly detected the Windows 8 partitions. In this screen shot, sda1 is the System Reserved partition of Windows 8, while sda2 is the C drive. 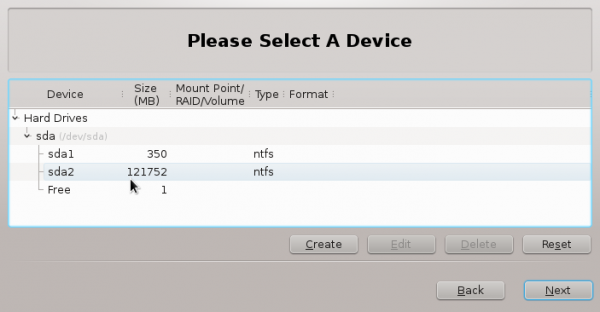