If the computer has been set up to boot from external media, you should see the Linux Mint 17.3 boot menu when you reboot. Then boot into the Live desktop, click on the installer’s icon on the desktop. After the installer has started, click through the first few steps until you get to the one shown in Figure 1.

And the message at the top of the window will say that “This computer currently has Ubuntu 16.04 LTS on it. What would you like to do,” with no indication that Windows 10 is also installed on the computer. Not knowing how the installer will handle the whole setup, you definitely don’t want to use the default partitioning method. 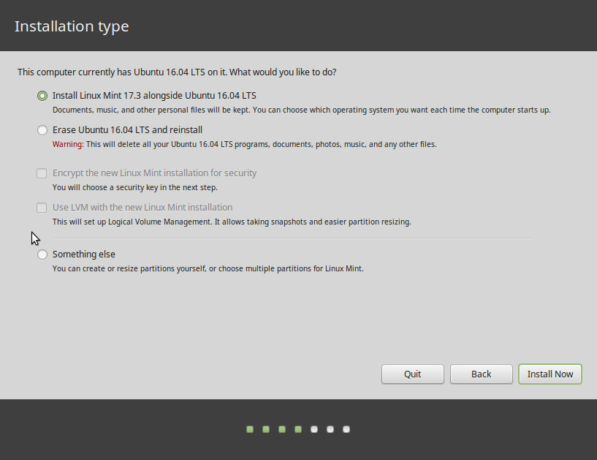 Instead, you want to create the partitions for installing Linux Mint 17.3 manually. And the facility for doing that is provided by the Something else option. So select it and click Continue. 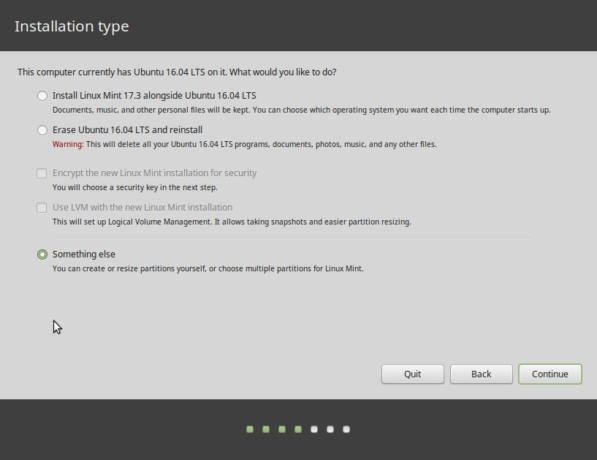 Figure 2: Something else option of the Linux Mint 17.3 installer

To start creating partitions, select the free space and click the + button. Because the partition for installing the bootloader is already in place, and also a swap partition from the Ubuntu 16.04 installation, we’ll need to create just two partitions – one mounted at /, and the other mounted at /home. 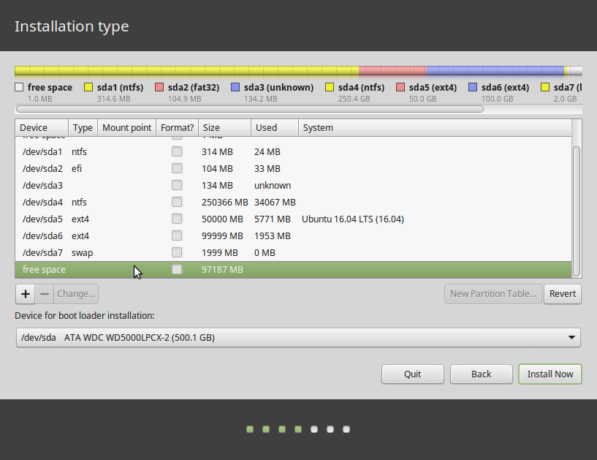 Clicking the + button from the previous step should bring up the installer’s partition editor. For each partition, you only need to specify the size, the file system (from the Use as menu) and the mount point. For both partitions that we’ll be creating, stick with the default file system – Ext4 journaling file system. 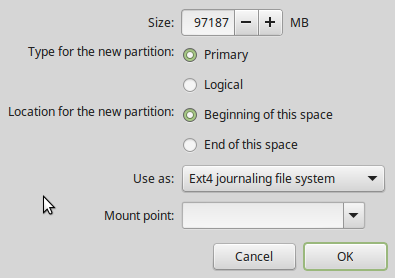 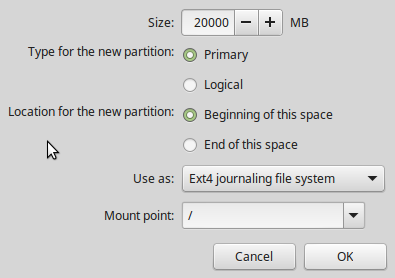 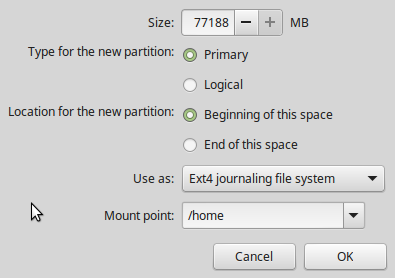 After creating that last partition, you should be back in the main partitioning tool’s window for the last time. From the Device for boot loader installation, select the efi partition. On the system used for this article, that partition corresponds to /dev/sda2. Then click on the Install Now button to continue with the rest of the installation. 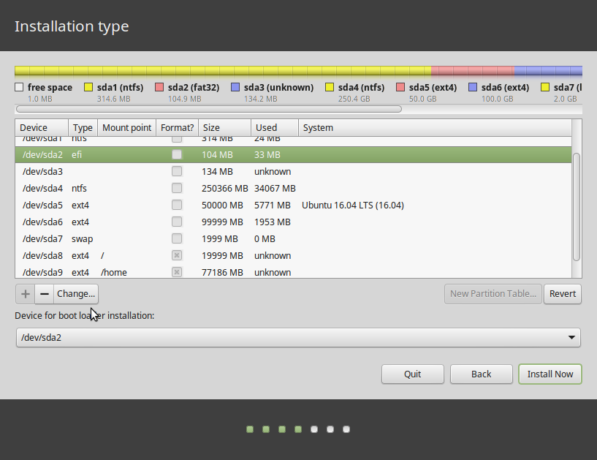 Figure 7: Partitions for installing Linux Mint 17.3 alongside Ubuntu 16.04 and Windows 10

The installer will indicate that it’s about to format three partitions, one more than you created. The third partition is the existing swap partition. Don’t worry, reformatting it won’t affect anything. Continue.

Figure 8: Partitions to be formatted by the Linux Mint 17.3 installer

After installation has completed successfully, rebooting the computer should reboot into the Linux Mint 17.3 GRUB menu. GRUB (Grand Unified Bootloader) is the boot loader used on virtually all Linux distributions. Aside from the entries for Linux Mint 17.3, there will also be entries for Ubuntu 16.04 and Windows 10.

Is it true that Ubuntu and Mint use the same efi partition? If so would there not be a conflict in this tripple-boot configuration?

All OSs installed on a PC that uses UEFI use the same EFI partition, including Windows, so no conflict.

Another great walkthrough. I am currently following the first one mentioned above and it is much clearer than other articles. Thank you for your efforts!

How do i set windows as default among linux mint, ubuntu and windows??

Being able to do that, the last time I tried, is broken on UEFI systems. Unless it has been fixed by PC vendors, the last OS that boots on a multi-boot system is the default, regardless of the setting in the BIOS/UEFI setup tool.

Great 2-step walk-through of the process- I set up the same triple-boot combo on my PC and this helped me a lot. Thank you!