Dual-boot Ubuntu 16.04 and Windows 10 on a PC with UEFI firmware

This post shows how to dual-boot Ubuntu 16.04 and Windows 10 on a computer with UEFI firmware and on a single hard drive.

Enough space will have to be recovered from that single hard drive to use for creating the partitions for installing Ubuntu 16.04. For this article, we’ll be creating three partitions for Ubuntu 16.04 – a root partition, another one for your files and folders and a third that will be used as swap space. Swap is a portion of unformatted disk space that the system may use as virtual memory.

The computer used is self-built, so Secure Boot (Restricted Boot, actually) is not a factor. If you have an OEM (store-bought) computer that came with Windows 10, you might want to disable Secure Boot.

Also, shrink you C drive to make room for installing Ubuntu 16.04. Then download an installation image of Ubuntu 16.04 from here, transfer it to a USB stick or burn it to a blank DVD (are you still using that?). Finally, insert the installation media into the appropriate location and reboot the computer.

If the computer has been set up to boot from external media, you should see the Ubuntu 16.04 boot menu. One of the entries will be to boot into the Live desktop. I suggest you select that option, play around with the Live desktop, and if you’re satisfied, launch the installer by clicking on its icons on the dock or on the desktop.

After the installer starts, click through the first few steps until you get to the one shown in Figure 1. The installer should detect that Windows 10 is already installed and offer to install Ubuntu 16.04 alongside it. That’s great, but it will not create a separate partition for your files and folders. 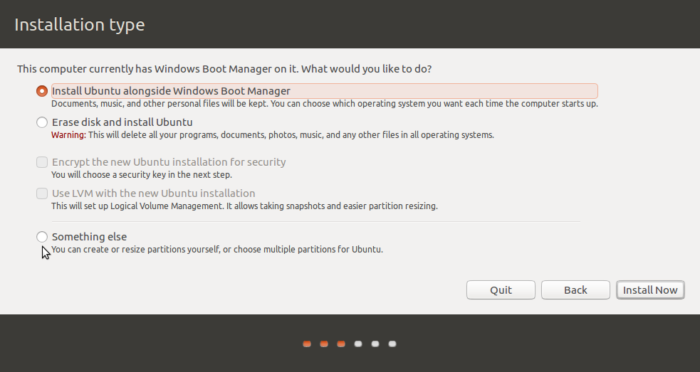 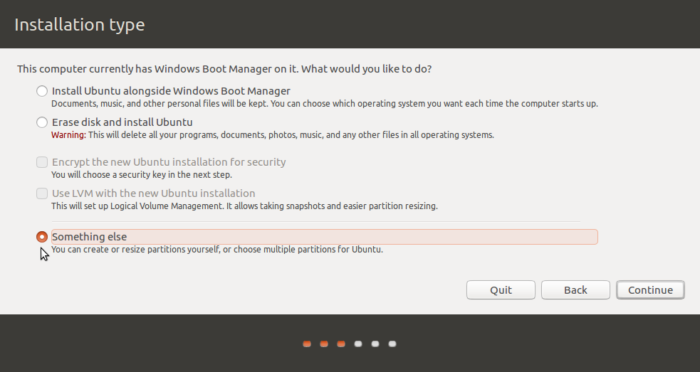 Figure 2: Something else option of Ubuntu 16.04 installer 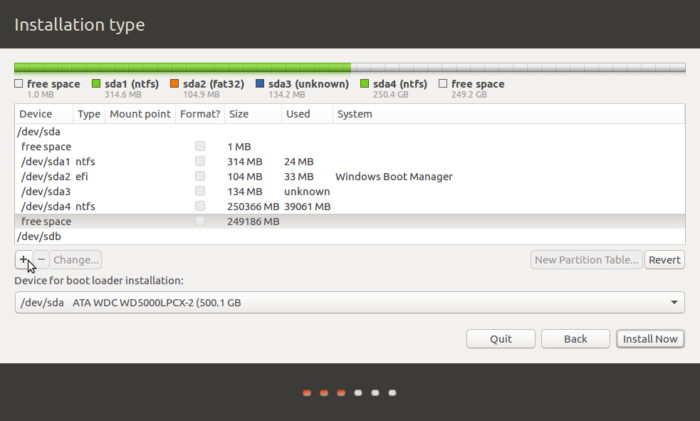 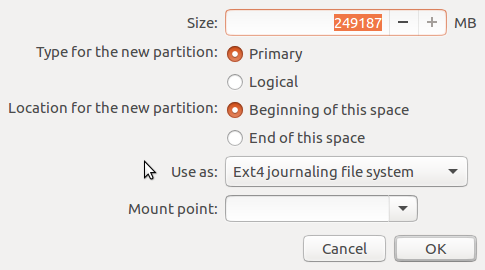 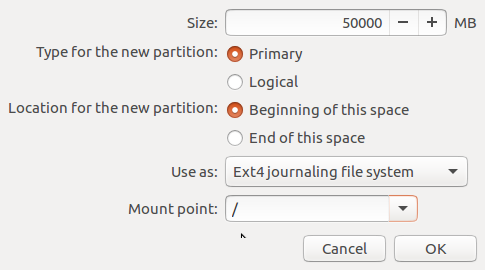 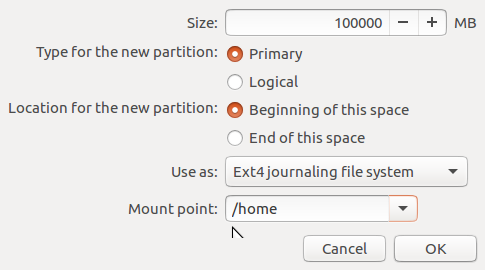 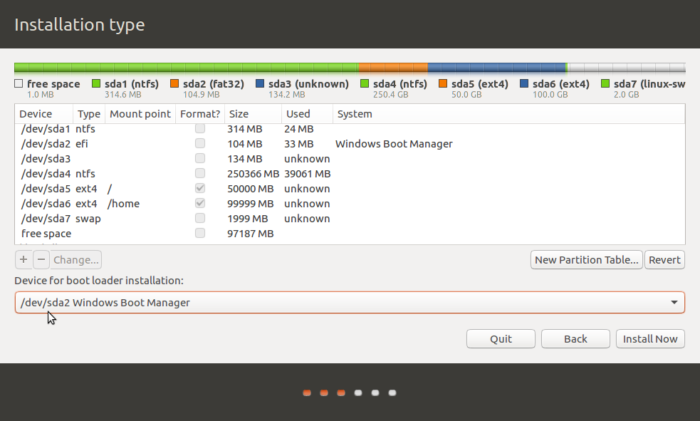 After installation has completed successfully, rebooting the computer should reboot into the GRUB menu. GRUB (Grand Unified Bootloader) is the boot loader used on virtually all Linux distributions. Aside from the entries for Ubuntu 16.04, it will also have one for Windows 10, which makes it possible to boot into Windows from the GRUB menu. Unfortunately, you can’t add an entry for Ubuntu 16.04 in the Windows Boot Manager menu. More on that subject within the next few days.

i am using UEFI too but after installed success then restart i have to choose OS while booting my laptop,do u have idea how to make it automatically to windows OS?

You can do that from the UEFI/BIOS.

I did all of the above but my grub never shows up, but instead my bios just starts up and goes black in a constant cycle. Is there something I can do to remediate this situation?

Does the process affect the performance of windows ?

Nope, not even a little.

In a dual boot setup, only one OS is running at a time, so the OS that’s not running does not impact the one that’s running.

“After the installer starts, click through the first few steps until you get to the one shown in Figure 1. ”

Easier said than done. It’s asking me about third-party drivers. I don’t know whether I need to check the box (and wrestle with secure-boot again). My EUFI setup doesn’t allow me to disable secure boot, so it might be impossible to proceed. Google is no help (yet) to tell me the consequences of this checkbox choice. Any pointers?

“Third-party drivers” typically deal with wireless and graphics cards, so it’s OK to check that box. Yes, go ahead and check it, but I’m not sure if that will make any difference with Secure Boot still enabled.

On not being able to disable Secure Boot, what brand of computer do you have? And what happens when you attempt to disable it?