With Btrfs the default on openSUSE, when will other distros follow suit 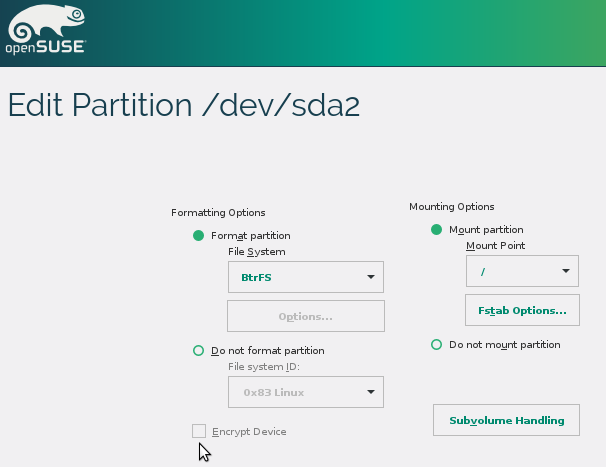 That should be encouraging news for the Btrfs development team, because the core of Btrfs has been marked as “no longer unstable” for sometime. In some circles, that means production-ready. In fact a few companies have been using Btrfs in their products, including Facebook, which was testing it in production in April (2014)

If you’re new to this, Btrfs is a copy on write (CoW) file system for Linux with many advanced features that are not available in the existing default Linux file systems – Ext3, Ext4, Xfs and a few others.

In Figure 1, you can see the partitions on a default installation of openSUSE 13.2. I’m sure you noticed that the root partition (/dev/sda2) is formatted with the Btrfs file system, and that a separate partition for /home, uses XFS. That came across as strange, because if Btrfs can be used for root, why couldn’t it also be the default for /home? I don’t have the anser to that, but I’m sure there’s a good reason for it. 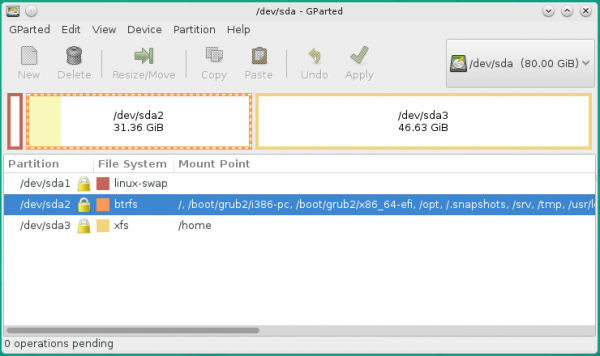 Figure 1: Default partitions on openSUSE 13.2. Btrfs is the default for the root partition.

Knowing how these things work in the development communities of those distributions, I think a good guess will be that Fedora will be the next distribution. And if that’s going to happen, it’s definitely not going to be this year, because installation images of the last Fedora release of 2014 is scheduled to hit download mirrors near you late next week. So mid-2015 is the earliest we expect other distributions to join the openSUSE bandwagon. 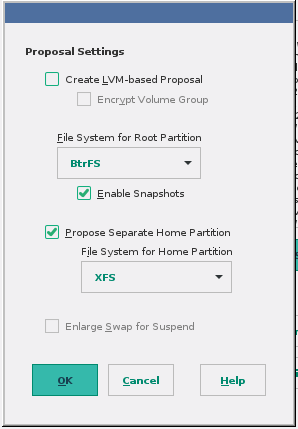 One thing that caught my attention in openSUSE 13.2 is that the root partition cannot be encrypted, with Btrfs selected. I think that’s because in the default partitioning scheme, there’s no separate partition for /boot. 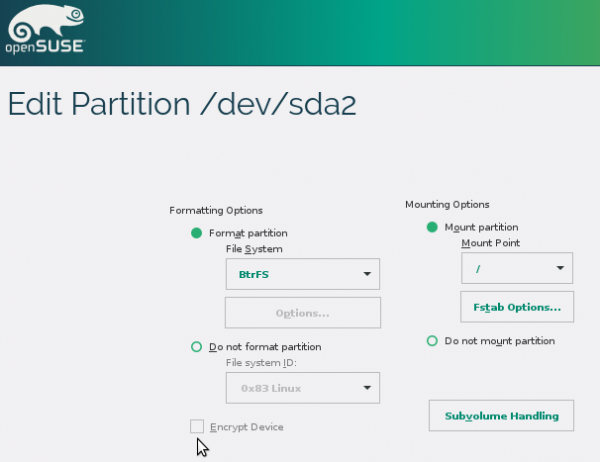 Figure 3: With Btrfs selected, the root partition cannot be encrypted.

In another first for openSUSE, Btrfs is the default persistent file system in live images of the installation media transfered to a USB stick. By mid-2015, we’ll see what other distribution matches that.

Btrfs is on root because in case of unexpected troubles, you can always re-install the system. While on /home where there are user data, you can not count on a re-install.

Thanks for the explanation, but by not using Btrfs for /home, you do lose all the features that it brings to the table when it comes to managing that partition.