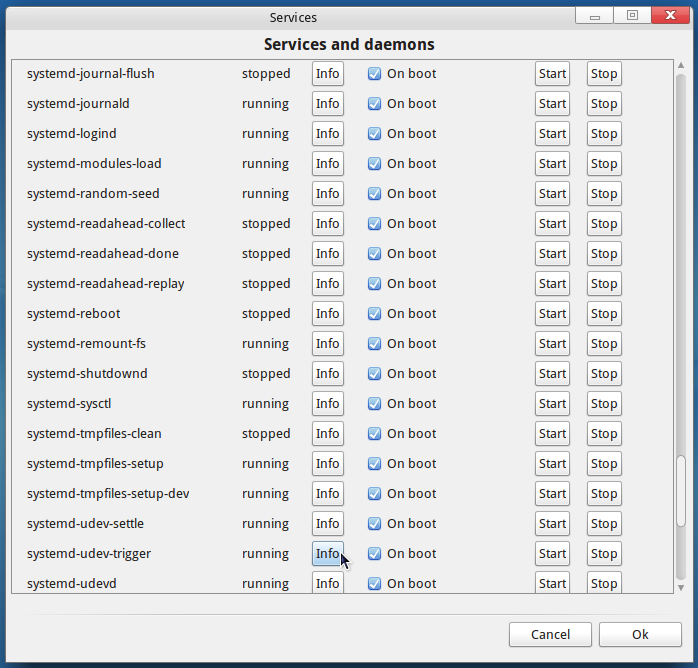 ROSA Desktop Fresh R3 is the latest edition of the Mandriva-derived Linux distribution from ROSA Laboratories, a Linux software solutions provider based in Moscow, Russia. This is one of my favorite desktop distributions because the developers are actually creating original applications and system utilities designed to make the desktop easy and fun to use.

The KDE edition, which is the distribution’s flagship edition, includes a few user-friendly features that are not available in vanilla KDE desktops. That’s why it’s one I never hesitate to recommend it to new and experienced users alike. The released installation images are for KDE only. Installation images for GNOME 3 and LXDE will likely be released in about a month.

Below is a screenshot of the main interface of ROSA Software Center. More are available here. 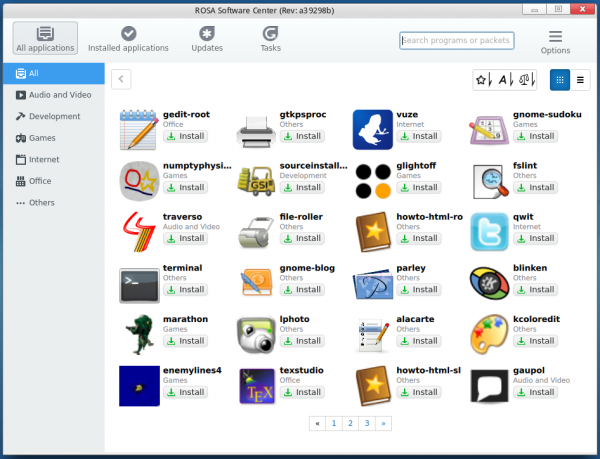 The other feature that I think Windows users will love, is the support for Swap file setup during installation. But you only get that if you create a custom partition set that does not include a Swap partition. If the installer detects that, it will prompt you to create a Swap file, as shown in this screenshot. This is a first on all the Linux distributions that I’ve used or reviewed. 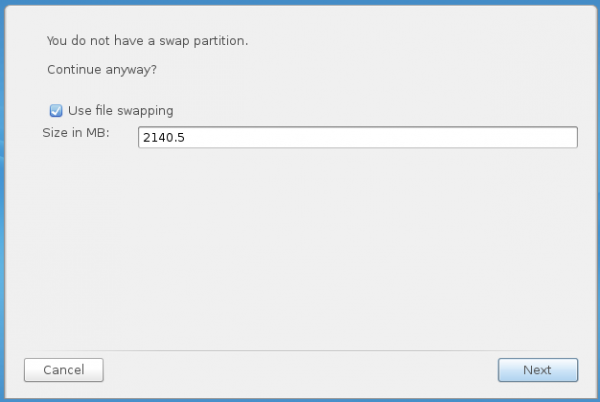 Being able to create a Swap file is great, but for me, the feature that I’m still waiting to see implemented in this distribution’s installer is support for encryption of a partition mounted at / (root). That is a feature that is still not supported on any distribution derived from Mandriva. It’s not supported in the installers of Mageia and OpenMandriva. And I’m certain the developers of PCLinuxOS have not done anything about it. 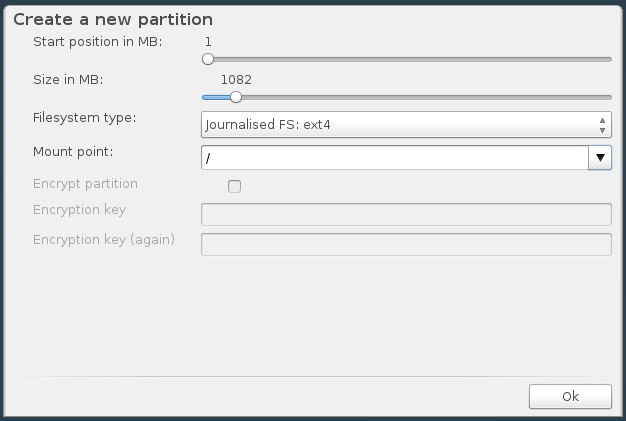 A nice little addition to the installer is this system requirements prompt that lets you know whether your machine has enough RAM and disk space for the installation. Every major distribution has this in one fashion or the other, but it’s good to see it on ROSA’s installer. 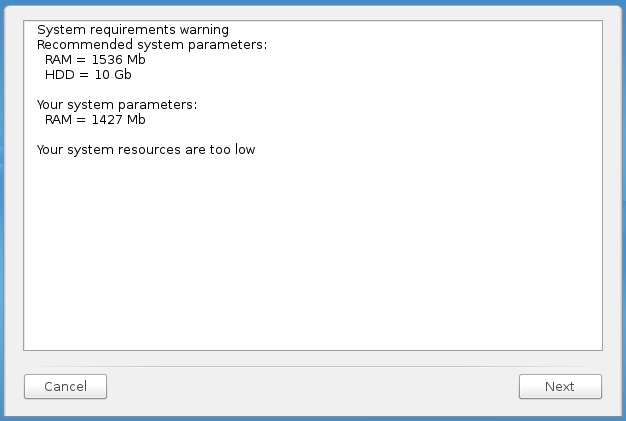 On the desktop itself, there are no new features unless you want to consider updated software packages new features. The rest of this article show what the desktop looks like, for those who new to ROSA Desktop.

Here’s a screenshot of the login screen, decked out in the spirit of 2014 FIFA World Cup in Brazil (it starts on June 12 and ends on July 13). 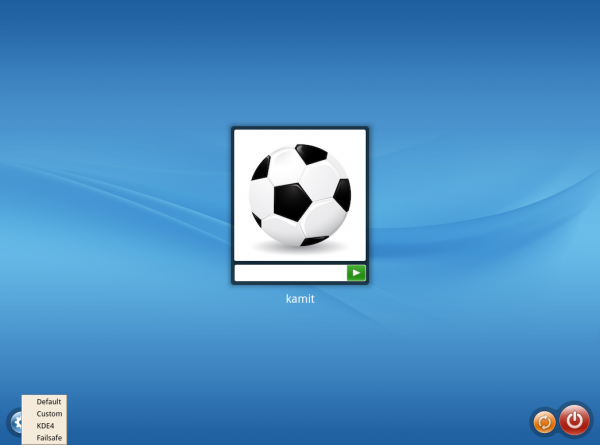 Here’s a screen shot of the default desktop. SimpleWelcome is still the default menu. It is a fullscreen app launcher just like Homerun. 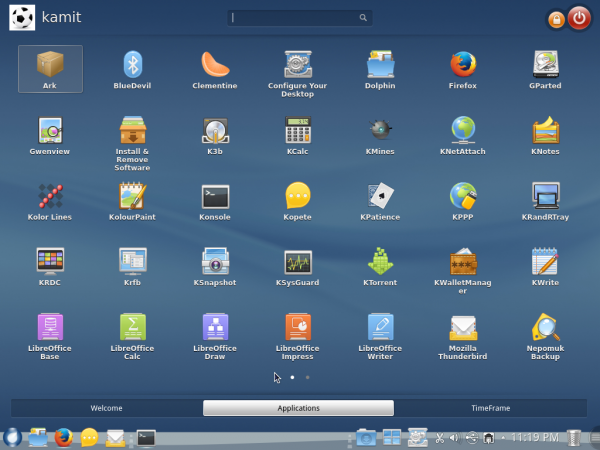 A feature you won’t find on the default KDE desktop of most distributions is a StackFolder widget on the panel. StackFolder lets you browse the contents of your folders without using Dolphin, the file manager. 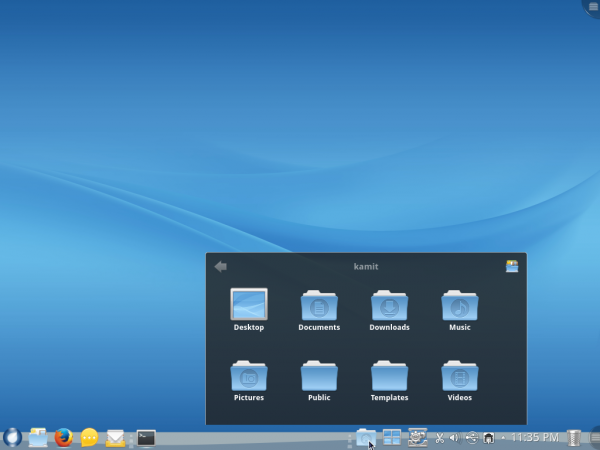 Another feature that works very well with StackFolder that’s not available on most other KDE desktops, is KLook integration. KLook lets you view most file formats without the aid of a dedicated application. 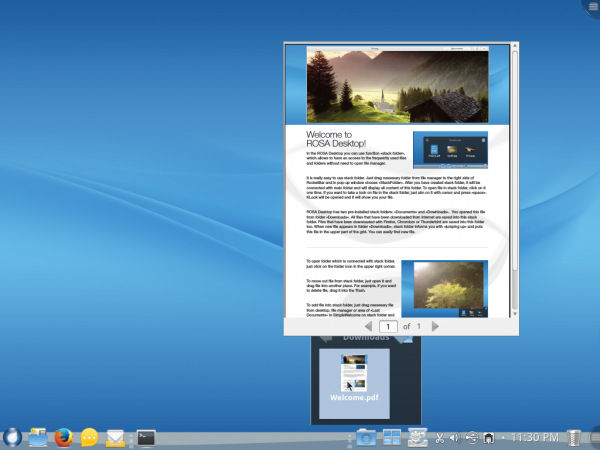 You may view other aspects of the ROSA desktop by clicking on any image in the gallery below.

This image shows the documents view of the TimeFrame tab of SimpleWelcome, the default app launcher on ROSA Desktop Fresh R 3 KDE

This one shows the social network view of the TimeFrame tab of SimpleWelcome. You can access your Facebook and VK.com profiles from this view

KLook, which is integrated into the StackFolder on the panel, is also integrated into Dolphin, the file manager. It makes it possible to read most file formats without launching a dedicated app.

Systemd 208 is the version of systemd that comes with ROSA Desktop Fresh R3. Systemd is a joy to use from the command line, but there’s also a graphical interface with which you can use to manager services on the system. This screenshot shows the main interface of that application. And that really is one of the selling points of ROSA Desktop: There’s a graphical interface for almost any task, so you don’t have to operate from the command line if you don’t want to. 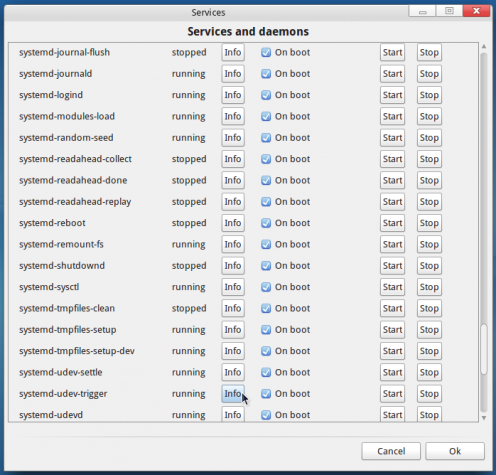 And that I think is what users like about distributions like this. An operating system designed for desktop computing should be user-friendly for both new and experienced users. ROSA Desktop Fresh R3 satisfies that requirement and I recommend it. If you would like to install it on your computer, you may download an installation image from here.